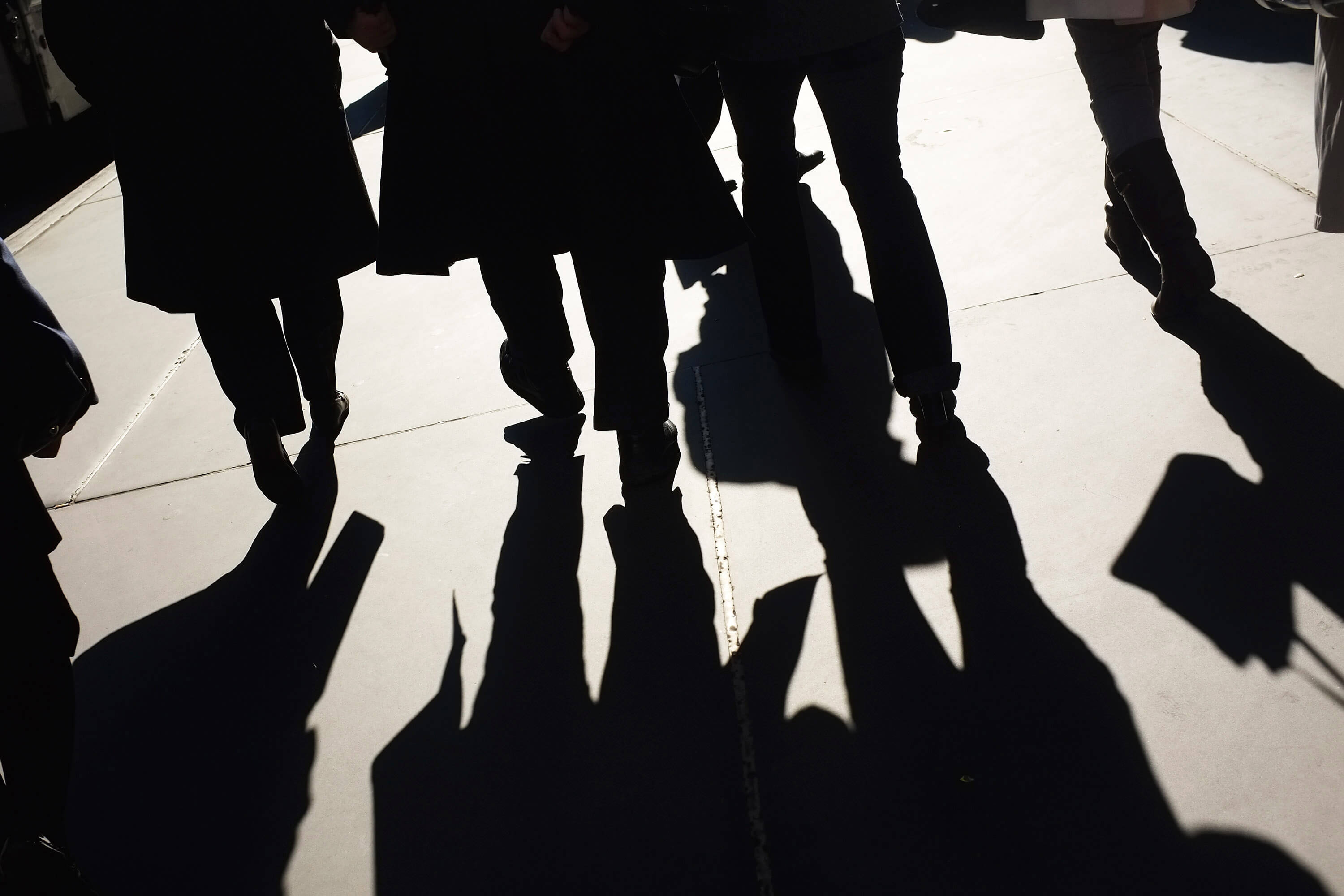 NEW YORK, NY - NOVEMBER 01: Businessmen and shoppers walk along Madison Avenue, one of Manhattan's premier shopping and residential streets on November 1, 2011 in New York City. According to a new Census Bureau report, income inequality is greater in New York State and in the New York City region than in any other state or metropolitan area in the country. The report found that in three Manhattan neighborhoods, the Upper East and West Sides and Greenwich Village, the top 5 percent of households make an average of over $1 million. Inequality in America has become a campaign issue following the rise of the Occupy Wall Street movement and the continued high nationwide unemployment rate. (Photo by Spencer Platt/Getty Images)

The debate on income inequality continues to roar, despite current political scandal distractions. But, we’ll get nowhere on the issue if we aren’t all on the same page as to what we’re debating.

It means NOT EQUAL

Inequality is not that complicated of a concept. But, it’s not one that we should really be too concerned over, on its own. Inequality will always exist. Regarding humans, we’re different, with different capabilities coming right out of the womb. It’d be hard to say Lebron James and I were “equal” at birth. He possessed some crazy athletic genes that would be realized early on in his life. Add in culture, education, geographic location and other factors, and we can see that inequality ain’t going anywhere.

However, when debating income inequality, people often mix wealth and income and call it the same. These are all different beasts, fam.

Wealth is simply our assets (such as our house, investments and savings) minus our liabilities (any kind of outstanding debts, such as student loans, car loans or credit cards balances). I own a 6-year-old electric keyboard, a 5 by 5 bookshelf filled with used books and a scary student loan balance that I’ll have to face in a couple years. It’s safe to say I’m well into the negative.

Income is the change in our wealth from one period to the next, i.e. payday. I can be drowning in debt but still have a decent income that allows me to go out for lunch every now and again. Conversely, one can have high levels of wealth, but low income, such as an older person living off their savings in their retirement years with their home fully paid off.

The debate also lends itself to fuse mobility with inequality. These are also not the same thing. It seems like we care about how easy it is for a poor person to move up into higher income brackets. This is different from just plain ol’ inequality. 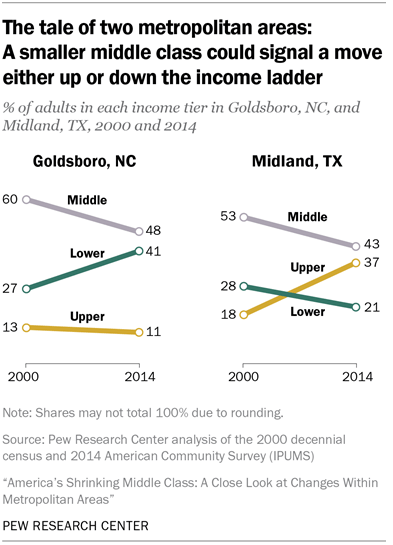 Mobility is ridiculously hard to measure. A whole bunch of economists have been looking into this, and they have found different results across the board. But there is some agreement that mobility has decreased to an extent.

A new study from Pew shows that though the middle class seems to be disappearing, there is evidence that more people are just moving up to higher rungs of the ladder. But it’s a mixed bag depending on where you live. Comparing two cities, one in North Carolina and the other in Texas, we see that both saw a decrease of people hanging out in the middle of the ladder from 2000 to 2014.

In Goldsboro, NC, the folks in the middle seem to have moved to the lower rungs of the ladder, while in Midland, TX, people moved to the higher rungs.

Economist, Steven Horwitz, points out that  by looking at consumption, we have yet another angle to discuss inequality. By looking at the table below, we see a vast improvement in the lives of those considered poor in the last several decades. So, even if the rich have been getting richer, it doesn’t seem to be on the backs of the poor. The standard of living for everyone has continued to increase. 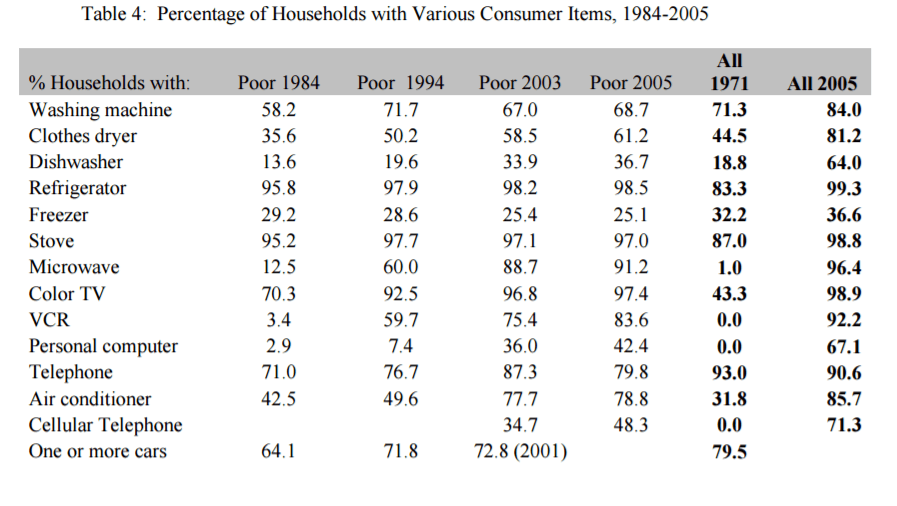 Getting on the same page

Inequality is a serious issue and should be debated. Clearly defining what we’re talking about will help reduce the amount of mudslinging and make the debate worthwhile. Do you simply think it’s unfair that some people have enormous bank accounts? Or, do you find that poor people are having a harder time moving up the income ladder or can’t buy the goods and services necessary to have a “good” life?

Whatever it may be, if you want to actually come close to solving the problem, make sure you’re on the same page.

In this article:Economics, Income, income inequality