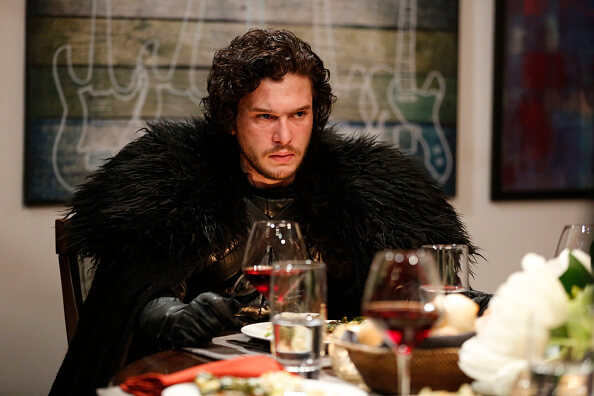 Antifragility is key to navigating the seemingly political and economic winter that is coming. As the wise Jon Snow — of Game of Thrones fame — would say, winter is coming and we know what’s coming with it: robots, shorter work weeks and substantial labor force disruptions. We can either sit around and wait or learn to live with the wildlings and diversify our income streams.

To be antifragile, means that you — or an organization or a society — become stronger as shit hits the fan. This concept was developed by Nassim Taleb, a trained statistician, former trader and risk analyst. He wrote three books based on the concept, Fooled by Randomness, the Black Swan, and Antifragile. The main theme, throughout the series, emphasizes that unpredictable stuff happens and we should put ourselves in positions where we not only survive, but we thrive.

A good analogy to explain antifragility is working out. Often, when we leave Planet Fitness after a good iron-pumping sesh, we are tired, a little sore and probably giving off an unpleasant odor. But after doing that consistently, we begin noticing an improvement in our strength. By putting our mind and body through the stress of working out, we come out stronger on the other side.

Wouldn’t it be nice if we could benefit from financial downturns in our own lives? Well, you can.

With the rise of automation, though we shouldn’t worry too much, it doesn’t hurt to prepare for the changing economic landscape. This means diversifying your skills and your streams of income.

This might mean having a couple jobs using different skillsets. Since I jumped into the labor force at 16, I always had more than one job and expanded my skillsets. At the pizza joint, I was hired on as a driver delivering pizzas. But I learned how to be a proficient cook as well. I could literally work every day of the week by alternating my roles. At the same time, I was also a sound technician at the high school when we hosted music festivals and made some extra income tickling the ivories at holidays and other events.

Then, I switched jobs and became a server at a Marriott hotel. At this job, I signed up to be trained in all departments within food and beverage. I learned how to work in banquets, casual dining, fine dining, bartending and room service. Diversifying my income streams actually helped me when there were fluctuations in business. When departments were going crazy I could make more money and work in two or sometimes three different departments in one day. What’s more, when one department was slow, I could hit up the other and continually make cheddar.

Enough with my life story.

The point is, learning some new skills or finding ways to monetize the skills you already possess will help put you in a position that can help you not only keep the income stream flowing, but allow you to take advantage of the waterfalls when they come up.

Other ways to financially diversify

Though you’ve heard it plenty of times, it’s worth a reminder — don’t put all your eggs in one basket. Even if you’re broke, there’s a way to put some money aside every paycheck (or every other paycheck) for a rainy day. Here are some other ways, even for those that aren’t so broke.

Consider starting your own small business, either online or offline. Even if it doesn’t make much money at first, it’s good to have it set up to get the ball rolling. Having it greased up and ready to go is as antifragile as it gets.

There is no doubt that, for many of us, our work life will change dramatically. The problem is we don’t know when. Therefore, we should focus on how to become antifragile when the economic Whitewalkers come knocking. Don’t get buried in the army of the financially dead. I’m certain Jon Snow said that, too.

In this article:antifragile, game of thrones, Jon Snow