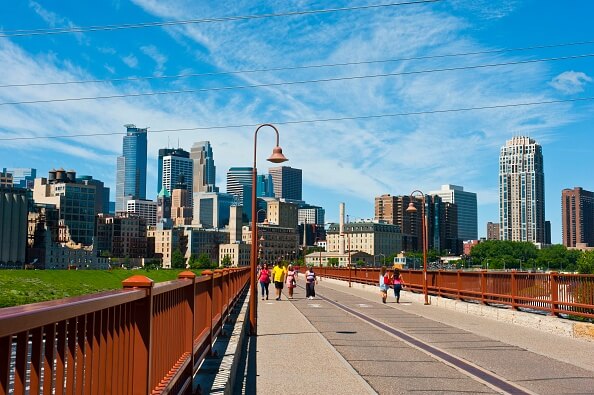 Minneapolis recently decided to jump on the minimum-wage bandwagon. This bandwagon is led by the “fight for $15” activists who are attempting to increase the minimum wage to $15 per hour for the entire country. Since a blanket minimum wage increase at the federal level is not possible, they are going to localities instead.

Just to point it out again

In 2015, Seattle implemented some drastic increases going from $9.47 to $11 per hour. The following year, the minimum wage was increased to $13 per hour.

A working paper commissioned by the city of Seattle at the University of Washington came out to show the preliminary effects of these wage increases. The results were not pretty.

Looking at solely the restaurant sector, this study, along with others, show little to no effect from the increases in the minimum wage on employment. However, this study paints a very different picture when it looks at all low-wage workers in all industries.

Critics have a point

Folks more sympathetic to the idea of increasing the minimum wage to these heights have argued that this study has data limitations, and the results are much larger than previous minimum-wage studies.

On the other hand

The study from Berkeley that critics of the University of Washington paper point toward has its own limitations. First, it uses only the restaurant sector. Furthermore, the minimum-wage ordinance included a tip carve out, so restaurants, especially full-service ones, wouldn’t have to go out of business because of the wage implementation.

They could keep wages for tipped employees low, because well, they get tips. Second, it also notes that Seattle already had a hot labor market in which wages were increasing.  Neighboring counties have seen increases in wages and employment, especially for restaurant-sector jobs.

The vote to implement a $15 minimum wage by 2024 passed almost unanimously. Some things to note about this exciting victory in the fight for $15:

The unsightly findings of the Seattle study, whether they are robust enough for dissenting economists, will certainly rear the same if not uglier face in Minneapolis.

Though these increases will not be as hastily implemented as the one in Seattle, it likely will see some harmful effects. It doesn’t carve out a tip credit, so unlike Seattle, the restaurant sector certainly will feel it. Finally, the fact that Minneapolis is a cheaper town with a different labor force setup that is more susceptible to this increase in the wage likely will make the Seattle findings look mild in comparison.

Perhaps the slow implementation will help curb these effects, but only time will tell.

I hope I’m wrong about all of this, for the sake of low-wage workers.

Bold @BoldTV
3 hours ago
#BritneySpears recently came out to the world stating she wants to end her conservatorship. Is it time to #FreeBrittney? Also, if you don't know what Conservatorship is, read all about it here! https://t.co/dy3apOEqjc
View on Twitter
0
1

Bold @BoldTV
6 hours ago
How much do you use your eyes? https://t.co/ZS3BMgkxoE
View on Twitter
0
0