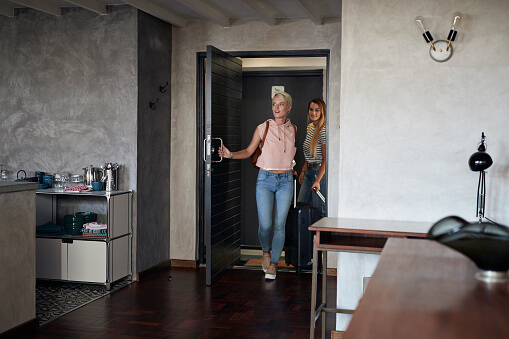 When moving to New York, your first thought might not be to explore co-living spaces. However, If you have done your homework, you will already know that quality housing can be very tough to come by, especially at an affordable price —plus you might end up living in a large closet, likely with a couple of roommates if you don’t practice wise decision-making. In the city that never sleeps, housing should be the least of people’s worries, however, if you are a new NY resident and do happen to have a hard time finding appropriate digs, you are far from alone, and you might want to consider a new approach.

Jacob Shapiro is the New York Director of Outpost Club, a startup that focuses on renting rooms in houses throughout New York. The club’s goal is not only to provide people with the ability to rent rooms but also to allow them to move to New York and find real estate at affordable prices. With Outpost Club, the oftentimes arduous process of finding the right housing for you becomes more manageable.

According to Outpostclub.com, housing is provided to “tech startups, entrepreneurs, digital nomads, freelancers, remote workers, professionals, students, and anyone looking to move to a new city and meet new people.” When such people move to a new city, they are almost always looking to make new opportunities and connections. The difficulties of the undertaking — finding housing, living in an affordable area, etc.  — often deter people from moving to their desired city and making connections. Outpost Club aims to take care of those dirty details so you can have the freedom to move where you want to.

Here’s how it works. Tenants are called “members” and share bedrooms. In fact, all living spaces are shared, including kitchens and living rooms. Participating houses can be found in Bushwick and Bed-Stuy, Brooklyn as well as Ridgewood, Queens. Naturally, finding housing in New York City can be agonizing, but it doesn’t have to be an impossible process. That’s where Outpost Club might come in handy. If you can handle a communal setting, that is.

If you’ve ever seen Gossip Girl, Sex in the City, or any other classic show depicting life in New York, you know how obscene prices and living arrangements can be. To native New Yorkers, this hassle comes as no surprise. Though the idea of a communal co-living space may sound good to you, it is still a good move to do an adequate amount of research beforehand in order to know what you are getting yourself into.