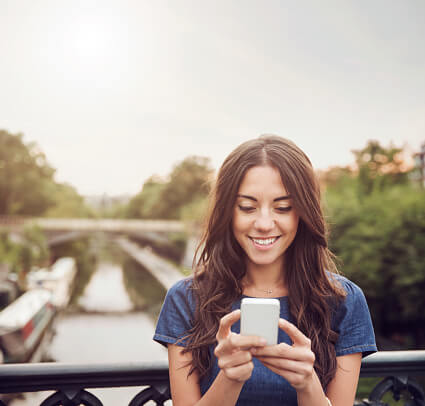 Let’s face it, smartphone addiction is all too real. And it is not really our fault either. News, politics, weather alerts, alarm clocks, music and social media are all accessible through one device that has everything you need. It is absolutely seductive. If you’ve ever lost your phone and immediately felt like your life was over (or at least that you were uncomfortably disconnected from the rest of the world), you may be dealing with smartphone addiction.

Many people are well aware they might be addicted to their phones. However, it is not as simple as quitting; your phone is more than just calls and texts. As with any addiction, quitting cold turkey can have side effects. Withdrawals from phone addiction include increased heart rate and blood pressure, as well as the sense of loss. However, they can get much more dire; according to the CDC, the suicide rates rose by 65 percent between 2010 through 2015. The number of girls that reported serious depression also rose dramatically by 58 percent.

The mental health effects of checking your phone five times within a 10-minute period can get even worse: a rise in “new media screen activities” has a correlation with suicide. According to Forbes, “about 48 percent of those who spent five or more hours a day on their phones — a lot of time by any measure — had thought about suicide or made plans for it versus 28 percent of those who spent only one hour per day on their phones.” This is possibly linked to apps such as Instagram and Snapchat, where people are more likely to compare themselves to others. Even other stressors, such as financial issues or academic pressure, came up short in comparison.

A solution to this problem has been proposed, and it is actually gaining significant traction in public schools. In fact, 600 schools have felt the idea good enough to implement in their efforts to remind students what life was like before technology (or teach them, if they had never experienced it). Yondr is a phone lock case that makes your phone inaccessible until the lock is removed after an event is over. For example, If you are in school, the lock would be unlocked at the end of the day.

San Lorenzo High School in California reports higher test scores, attention rates and general happiness in their students as a result of using Yondr. Even disciplinary areas, such as showing disrespect to teachers, went down by 82 percent. This is likely due to the fact that a large percentage detention referrals are incurred when teachers call students out for using their phones in class.

In fact, it’s a surprisingly simple solution that is even being embraced by big-name comedians such as Chris Rock, Kevin Hart and Amy Schumer to make sure that people are actually paying attention to their live shows.

Everyone loves their phones (welcome to the 21st century). But how do we know if we’re addicted to them? Well, if your phone is causing you increased anxiety, or making you depressed then it might be a good idea to detox from technology for a little while. It can be difficult to put your phone down when you have been conditioned literally never to do so, but the benefits might very well change your life for the better.