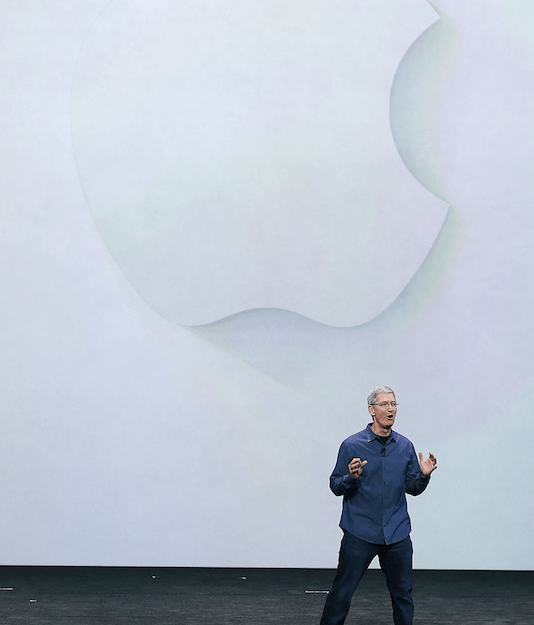 Amid increasing criticism of a lack of diversity in tech, Apple has announced progress in its attempts to diversify its workforce. But do the company’s efforts go far enough? And what do they say about the future of the tech economy?

California is a state teeming with diversity from end to end. The Golden State has no ethnic majority, and Hispanics recently overtook non-Hispanic Whites as the largest ethnic group. Meanwhile, Asian immigration and intermarriage between different ethnicities means that the literal faces of California’s future will continue to change.

The ease of which this state’s demographic profile is transitioning, many say, is a living testament to the relative success of the American melting pot society. But while California is in the front seat of racial change in modern America, a look into Silicon Valley or Hollywood might lead you to the conclusion that not much has changed demographically.

The industries that largely define America’s success in the world still look like the 1950s — overwhelmingly White and male despite their wildly diverse surroundings. We’ve seen the entertainment industry rocked by the #OscarsSoWhite controversy in an attempt to force the business to reflect real world demography.

Today, Silicon Valley is facing similar criticisms: Why are our favorite flagship tech brands so behind the times? Is it really that hard to recruit diverse candidates when your headquarters are in California?

Fortunately, big Silicon Valley players are attempting to increase diversity among their ranks. For instance, Apple’s high- profile efforts are actually beginning to register in their raw statistics, with the company boasting of a more diverse workforce than ever before. CNBC reports that, over the past year, a little more than a third of their new hires were women, and a little less than a third came from underrepresented minorities. CEO Tim Cook has expressed that “promoting diversity is critical to Apple’s future.”

That said, the report does highlight that hiring in non-technical roles needs to be addressed more specifically in the next hiring rounds. This is in order to ensure general workforce diversity, and fill positions of clear influence and leadership.

Other household names like Google and Facebook suffer from the same type of diversity deficits within their organizations. Some claim that Silicon Valley is overwhelmingly dominated by White and Asian males because of their deeply entrenched corporate culture.

Others, including many companies, make the disputed argument that the educational pipeline that doesn’t turn out enough ethnic minority and female graduates that are qualified to fill highly technical positions in the Valley.

Initiatives to promote Science Technology Engineering and Math (STEM) in communities of color are now taking root en masse in order to address these vexing diversity deficits. Programs like Black Girls Code ensure that people that women of color, who are extremely underrepresented in the tech industry, have a fighting chance in the digital economy of the future.

In an era where the issue of economic inequality is taking front stage in the policy arena, gender and racial gaps are inevitably part of the conversation. As our economy faces unprecedented disruption from revolutionary technologies, it’s imperative that women and underrepresented minorities are equipped for and accepted into the digital economy.

In the meantime, initiatives like Apple’s to increase employee diversity should be applauded because they not only help ensure broad spectrum prosperity, but they also help bolster the company’s bottom line. Studies show that companies that are better representative of their consumer base enjoy increased profitability. To be sure, diversity is a practical, as well as moral, imperative.

Bold @BoldTV
18 hours ago
Top tips on How To Get Money For My Business, Raising Capital For Real Estate... https://t.co/nrk35BgEmP
View on Twitter
1
1