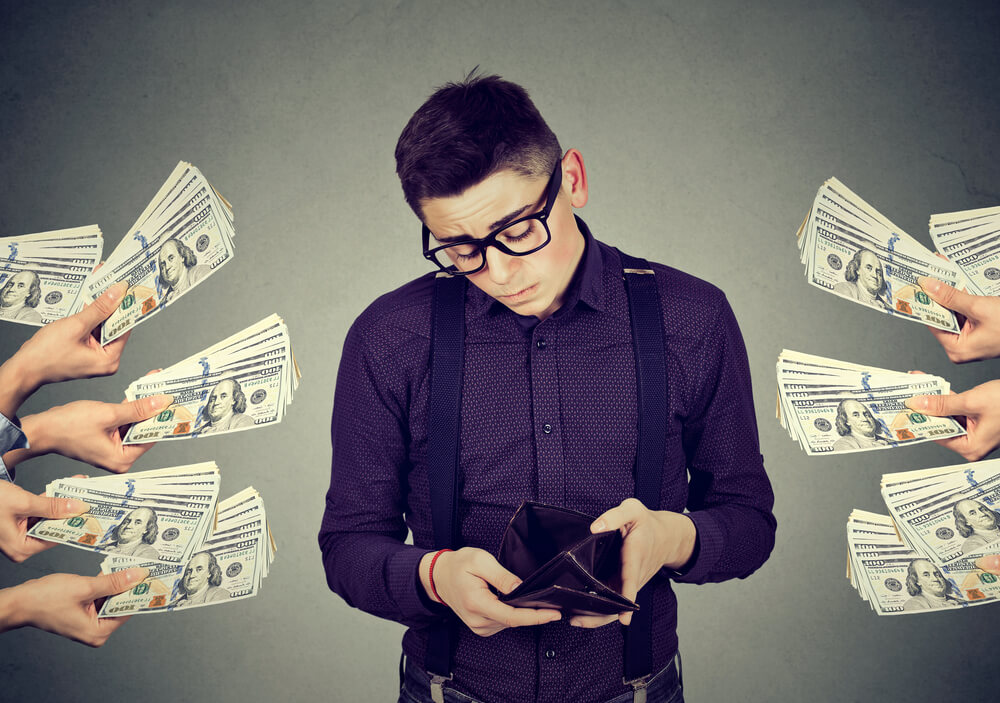 It is a rough time to be, well … to be not rich. Considering that massive student loan debt is pinned to most graduates’ backs, the housing market is bleeding people dry, the job market is relatively strong but nonetheless, the median wage is stagnating or even worse, it is not unreasonable for people to look to quick fixes in order to solve their financial burdens. But people still ought to beware before they think about applying for a payday loan. These loans are easy to secure and quick to pay out (payday loans are directly deposited into one’s bank account within 24 hours of the request), and so it is understandable that, upon a cursory glance, they might seem like a good idea.

Like bears, a part of you thinks that they might want to cuddle, but get too close, and you get Grizzly Man’d. Badly dated metaphor notwithstanding, payday loans are simply not a good idea. They are actually a very bad idea disguised as a good idea. In fact, they are one of the worst financial decisions that you can make when you are strapped for cash.

Don’t cuddle with the grizzly bear!

Turns out that one out of three college-age Americans considers payday loans (with interest rates that soar to levels such as 400 percent and higher). People often take them on because they are just desperate for a cash infusion, and they need that cash infusion now. Also called cash advances, payday loans are available to people in most states (in others they are banned or severely regulated!). All it takes is a valid I.D., proof of income and a bank account. The level of ease to secure one makes them quite tempting. It is called a payday loan because the loan comes due on the borrower’s next payday (usually two weeks from the date that the loan is taken out).

For those that can’t qualify for a credit card or provide enough collateral in order to take out a loan with a bank, payday loans can be especially enticing. And they most often ensnare young Americans who suffer such restrictions. Among those aged 18 to 21, according to a survey of approximately 3,700 Americans that CNBC Make It performed in conjunction with Morning Consult, almost 40 percent have strongly contemplated taking out a payday loan.

Many often get caught in what is called “a payday loan cycle” wherein the debtor rolls over the debt for another two weeks, thus owing an even larger amount that they are even less equipped to pay back two weeks later on.

According to The Consumer Financial Protection Bureau, nearly one in four payday loans are re-borrowed nine times or more! Pew discovered that it usually takes borrowers about half a year to pay off the loans and an average of $520 in finance charges. Many lenders seek to attain what they are owed by directly accessing the debtor’s checking account (access to which was given as part of the agreement). And these nasty and unexpected withdrawals can damage borrowers’ credit scores and rack up nasty overdraft fees.

“Payday loans are dangerous and unaffordable for everyone, but borrowers who are just starting out or who are struggling financially — they’re the most vulnerable,” Lisa Stifler, deputy director of state policy for the Center for Responsible Lending, told CNBC Make It.

Why do young people do it then?

Aside from the fact that young people are so desperately strapped with student loan debt, another theory has been posited for why our nation’s youth so easily fall into the trap of the payday loan. It is called Behavioral Finance Theory, and it basically claims that young people have a hard time visualizing their future and thus an even harder time understanding what taking out such loans could mean for their future.

Well, here it is, in plain English. Four imminently lucid explanations for why we all should steer clear of the ominous payday loan. Some have already been mentioned. But, hell, it never hurts to hear good advice twice (hey, that rhymed):

As has already been mentioned, interest rates on these toxically leeching payday loans are poised at astronomical levels such as 400 percent. And that is not even the highest that they go. Some rates will take you to abhorrent levels such as 900 percent. Just for a one-week loan, at that! Plus, you give up access to your bank account to your lenders. They can put their grubby little hands all over it when you (most likely) don’t pay on time.

Just like hidden bank fees, there are also hidden payday loan fees squeezed sneakily in there (as if the interest wasn’t enough!) According to Investopedia, “For every $100 borrowed, the lender will assess a $17.50 charge up to a cap of $300.” It is important, whenever you are borrowing money, and from whatever source you might choose, that you read the fine print and understand your financial obligations thoroughly.

There are tight regulations for a reason

Payday loans are tightly monitored in 18 states throughout the United States. This is because they are risky, risky, risky, and borrowers more often end up shooting themselves in the foot than actually helping themselves in any way shape or form. Furthermore, many states have tried to, or are trying to, pass legislation to completely ban payday loans from operating within their states.

One must ask themselves why states would go to such measures if payday loans were a beneficial, safe deal. It is just a fact that lenders take advantage of vulnerable and down-on-their-luck borrowers and try to scare them into paying more than they have to.

Do you think that lenders will play nice when you are unable to pay up right away? Well, think again because they certainly will not. According to Investopedia, “Some payday loan companies threaten consumers with prosecution or garnishment of wages (a court order directing that money or property of a third party be seized to satisfy a debt owed), in turn scaring the borrower into paying off his or her balance.” These sorts of people can often be ruthless and resort to quite intense practices to get what they are owed.

“It’s normal to get caught in a payday loan because that’s the only way the business model works,” Nick Bourke, director of consumer finance at Pew Charitable Trusts, told CNBC. “A lender isn’t profitable until the customer has renewed or re-borrowed the loan somewhere between four and eight times.”

These lenders are simply trying to do you in. As in, the whole entire business model is predicated on trying to bleed the borrowers dry. If you are so strapped for cash that you are considering taking out a payday loan, it is best to exhaust every other last option until you actually feel that you must do so. Consider going to friends, family members or even distant relatives for help. Consider practically every other means in the world outside of breaking the law before you throw down cash to a payday lender.

Bold @BoldTV
2 hours ago
Should Minimum Wage Workers Make 15 An Hour? The Fight for 15.
https://t.co/5wrHWnTvPn
View on Twitter
0
1