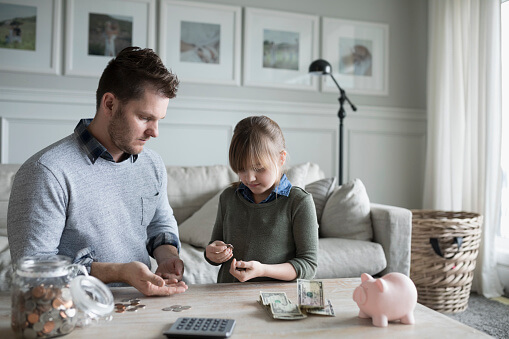 Budgeting can be hard; here's some help.

It’s a state that most us us have been in at one point or another — on a “college student budget.” Beggardly. Destitute. Down-and-out. Everyone knows what these terms mean — they’re used in reference to the perpetual state of being broke. While recent college graduates currently earn more money than in any previous year, many people find that budgeting right out of college is hard work after paying taxes, rent, food and transportation. Depending on several factors — including which city you live in, the amount of college debt owed and how much you save — there is still hope for earning potential. So, how do you live and thrive when you’re broke budgeting?

If you’re a millennial, chances are high that you went to college and got into a ton of debt. That’s why this article was written. For recent graduates, there is good news — the trend seems to indicate that salaries rise incrementally each year. According to a study from Korn Ferry, the average starting salary for a college graduate in 2017 was $49,785, which is an increase of 3 percent from last year. Fifty grand straight out of college may or may not seem reasonable. However, after accounting for all the expenses that will inevitably come your way, including student loan payments, rent, phone and utility bills and food, many can’t manage.

This is why many millennials have decided to pair up with roommates, which can save hundreds of dollars per month. In New York City, where the average rent for a one-bedroom apartment is $3,100, living with others is a lifesaver. If your job doesn’t offer health care, that will run you more than $300 a month. The average cost for food per month is about $600, and the average cost of student loans per month is roughly $280.

Even after accounting for inflation, that $50,000 starting salary is up 14 percent from a decade ago during the recession. But fear not — time is on your side. With each year that passes, the average starting salaries for college graduates seems to increase. Take, for example, the starting salary in 2018, which is projected to be $50,556. This is an increase of 5 percent from 2014, when the average salary was $48,127. Yes, that may seem like a snail’s rate of increase, but progress is progress.

For those looking to save, it will come at a price (no pun intended). One idea is to consider eating at home. Shopping at supermarkets and cooking food at home can not only spare your pocketbooks, but also teach you how to make the very same chicken parmesan you would have ordered. You can make things you actually want and like, and even invite a partner over for dinner. Other budgeting options include Netflix instead of cable, not partying with friends as much, stopping pretending you have more money than you actually do, and stopping driving. Walking can burn calories and, in some areas, actually get you to your destination faster (public transportation after a storm is like waiting for Santa — it’ll never come). Don’t get your car washed, make hair appointments, or buy new electronic devices. With the right budgeting, you’ll make it through.