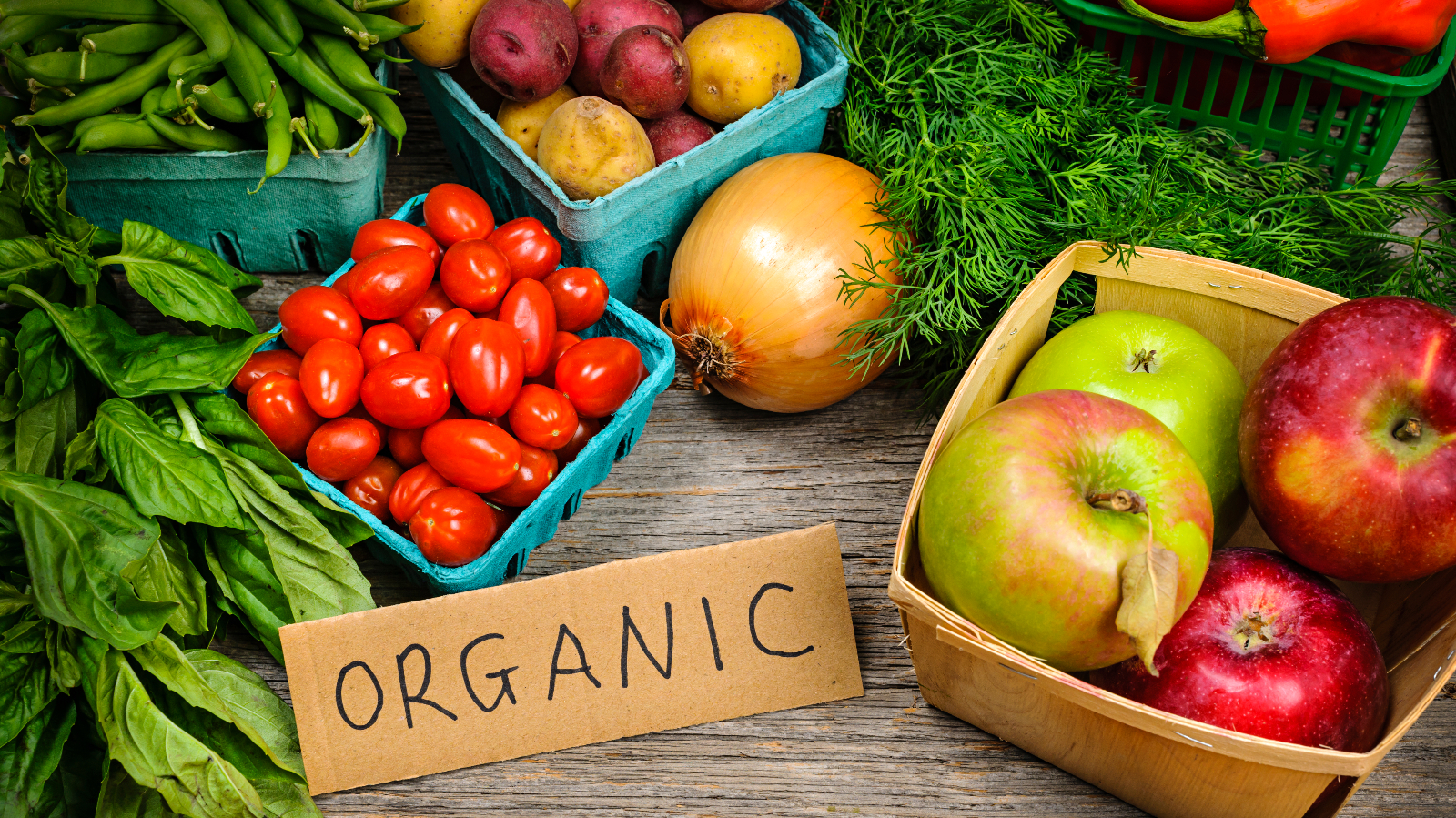 Given the widely accepted adage “We are what we eat,” you would likely assume that buying organic is worth the cost. In reality, the costs and benefits of organic food is somewhat murky, and there’s an ongoing debate over when it’s really worth it to fork over extra dough for these products. Here’s what you need to know.

There are multiple layers to what constitutes organic. The USDA mandates that organic products “must be grown without synthetic pesticides, synthetic fertilizers or genetically modified organisms.” That means that natural pesticides and fertilizes are fair game, while genetic alteration of crops falls outside of what’s considered organic.

Organic meat, on the other hand, comes from animals “raised in a natural setting, where they were fed organic feed, and avoided antibiotics or hormones.”

There are several levels of organic labeling that you’ll find in your grocery aisle. 100 percent organic is exactly what you would think it is, while organic means that the ingredients are 95 percent organic.

What’s the point of organic?

Conventional agriculture can be a chemical shower, and those pesticide residues that remain on produce can very harmful to human health. In the same way, added hormones and antibiotics in meat, while boosting profits for farmers, are noxious to your health. For many consumers, buying organic is an investment in their long-term health.

Organic is also more environmentally friendly, because organic farming practices pollute much less. Additionally, there’s some research that suggests that organic products are more nutritious than factory-farmed products, although that claim is controversial and disputed by many. Word is still out on whether that’s actually the case.

How much more does it cost?

Organic products have been growing in popularity, as consumers take more of an interest in eating healthy and minimizing their impact on the environment.

Are there specific foods that you should buy organic?

Overall, it’s a good idea to familiarize yourself with what organic products are worth the extra investment.

Traversing more than a dozen websites, they all seem to be in agreement about the most pesticide-laden products, where buying organic might be the smartest choice.The fruits and vegetables that were identified as the most contaminated with pesticides include strawberries, apples, nectarines, peaches, celery, grapes, cherries, spinach, tomatoes, sweet bell peppers, cherry tomatoes, and cucumbers.

On the flip-side, there are many fruits and vegetables that have thick peels or are treated with pesticides that doesn’t leave residue. Some fruits, such as Kiwis rarely use pesticide at all, so there’s no legitimate case to be made to paying extra for the organic label.

As far as meat goes, choosing antibiotic and hormone free is always preferable, but it will cost you significantly more.

Buying organic can be very costly, but it’s a wise investment in your health and environment. Still, make sure you’re getting the best bang for your buck by buying the organic products that make sense scientifically. If you’re buying something like an organic kiwi (as mentioned), you’ve probably been duped by some expert marketing.

There’s a saying in Spanish that succinctly sums up the issue of organic versus nonorganic: lo barato sale caro or cheap things turn out expensive in the end. If you constantly fill yourself up with cheap food, your health may suffer.

Remember, healthcare is the number one driver of personal bankruptcy, so it would be wise to keep yourself healthy. There’s little doubt that some informed organic shopping is part of a healthy lifestyle.