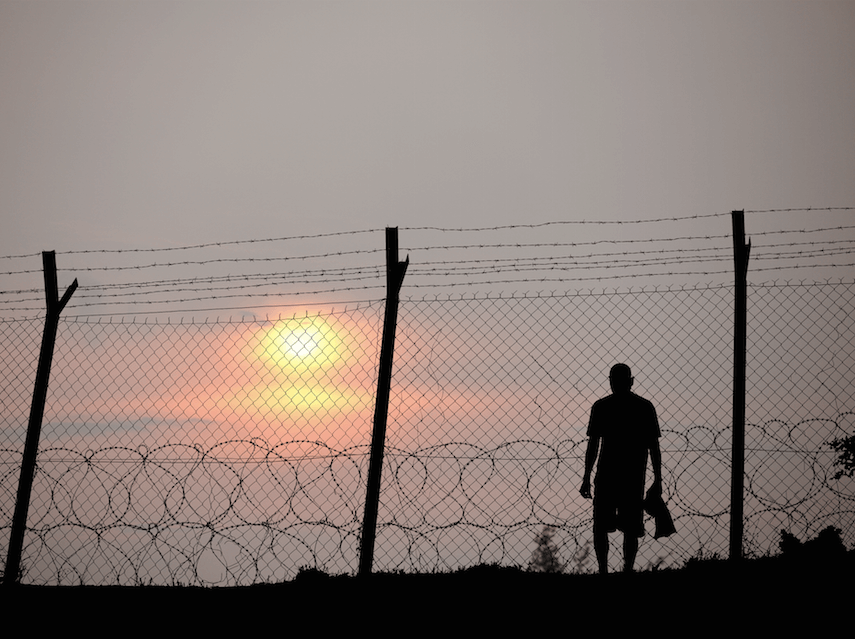 Let’s recap: Why we need to reverse mass incarceration

Our incarceration rates have been rising for years and are becoming an issue we cannot afford to ignore.

We can trace the issue back to Nixon and the sentencing policies spurred by the tough-on-crime era; but, no matter how we got here, this is where we are at: 710 out of 100,000 American citizens are locked up, which puts the United States at more than five times the average global rate, despite our country not having measurably higher crime rates.

These outrageously high incarceration rates have caused or exacerbated a slew of moral issues within the system, like severe overcrowding, abuse of inmates, and lack of funding for necessities like health care and supervision.

Another important consequence of mass incarceration has been the enormous financial burden that has left correctional budgets straining to keep up and taxpayers left with a mounting bill. It’s costing us an average of $30K to keep one person locked up for one year.

We need to help ex-inmates get jobs

One of the biggest drivers of mass incarceration is our tragic recidivism rates, with studies’ estimates ranging from one-half to two-thirds of prisoners returning to prison within five-to-eight years of release. And, one of the primary reasons former inmates tend to return to prison is lack of employment, which makes it extremely difficult to get housing, food and necessities for societal success.

Employment is an issue before incarceration

An important part of understanding why ex-convicts can’t find employment goes back to before they are even incarcerated.

A 2014 Prison Policy study found that incarcerated people had a median annual income of $19,185 prior to their incarceration. That is 41 percent less than non-incarcerated people of similar ages. This serious pay gap can be related to a variety of factors, but can certainly lend credence to the reality that many people who end up incarcerated generally grew up in low-income areas with limited access to education.

So, when we look at an incarcerated person who is about to get out and start looking for jobs, we are most likely looking at someone who already has the deck stacked against them due to educational deficiencies and limited prior employment experience.

When someone is incarcerated, they are taken away from society for an often-significant length of time that will automatically hurt their chances for employment.

So this person getting out of prison, who probably already has educational and employment-related gaps, will be walking into job interviews struggling even more with communication, general knowledge and basic technological skills because of their time away from society.

A little box on most job applications that asks if you have ever committed a felony often automatically disqualifies former convicts from a significant amount of jobs. There are also certain positions, often related to the government and public service, from which former inmates are legally restricted.

Moreover, even the ones who make it through applying to a non-restricted job without having to check a box can be hit with other background checks by employers and still not get chosen because of their criminal history.

Employers don’t always want someone in their workplace who has committed a violent crime. While this reservation may make sense, over half of our prison population was put there for nonviolent crimes, and employers commonly do not give applicants the chance to explain their criminal history before writing them off.

The movements in place already

These are just some of the many obstacles that people face when looking for jobs after prison. While every state has its own version of re-entry programs, it’s going to take more awareness for states to begin expanding these programs to fit the needs of this population.

Many states are recognizing this and already working to implement new programs or expand current ones. South Carolina, for example, just expanded a successful program called Second Chance that works with prisoners, starting three months before their release, to build resumes and register with job search engines.

There is also already a reform movement underway to eliminate the felony box issue called “Ban the Box”, which works to spread awareness of the strain this checkbox places on former inmates.

Let’s keep talkin’ about it

The first step to reform is increasing public awareness of these issues, primarily by showing people how people going through the criminal justice system face obstacles to employment and success before, during and after their incarceration.

By exploring each of these issues in detail, we will start to see how it is ultimately unrealistic to expect former inmates to all achieve their own success without any support whatsoever. We will also weigh the costs of employment programs with the budgetary concerns of mass incarceration and recidivism, to analyze the cost effectiveness of implementing reform.

Ultimately, we will find that it is in states’ best interests to provide assistance to former inmates, both from the angle of finance and societal success.

Bold @BoldTV
41 minutes ago
Do You Know the History Behind Juneteenth? - https://t.co/fy4Ucnf4rq
View on Twitter
0
0