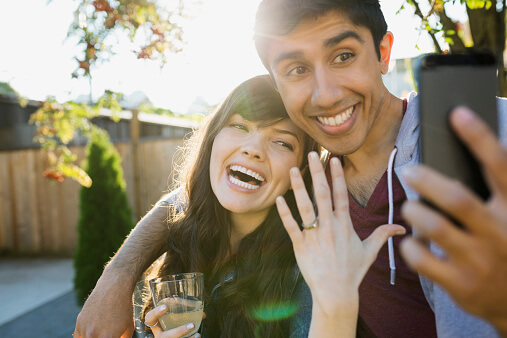 Before the 21st century, marriage was an institution that was the solid foundation for a family, a career and ultimately the American Dream. However, this has changed. While the divorce rate today is lower than it was 30 years ago, marriage rates are at their lowest in the past century. Advances in birth control methods have contributed to this decline, but there seems to be a generational shift: In the mid-1950s, for example, the median age of men getting married was 23. Today, it’s 27.

Millennials are less likely than their parents’ generations to marry young. In fact, marriage rates have decreased from the 1970s, while the age for marriage has risen. According to Pew Research Center, “29 percent of the age group attributes their unmarried status to a lack of financial preparedness, 26 percent believe they have not found a compatible partner, and another 26 percent believe they’re ‘too young and not ready to settle down.’” From this study, we can deduce that nearly 1 in 3 millennials are not financially stable enough to settle down for marriage. With the advances in social media and in dating sites such as match.com, or apps such as Tinder or Bae, there is still a spate of millennials finding compatible partners for long-term relationships.

But we also see the difference in mindset — more than 1 in 4 millennials believe they are too young. This may stem from the lack of financial preparedness; the older you get, the more likely you are to have an established career. And, with college being more important today than ever before, millennials are choosing not only undergraduate educations but also master’s degrees and beyond as a means of security.

Causes for lower rates of marriage

From the 1970s, marriage rates have decreased, and the age of marriage has risen. Millennials cite some credible reasoning to avoid marrying young. In a poll by Pew Research Center, 74 percent of participants surveyed agreed that “marriage was still a meaningful institution,” with 75 percent of older participants believing that “marriage was still relevant and led to a happier, healthier, more fulfilled life.” This view was held by about 66 percent of the younger participants. This means that millennials haven’t fallen out of love with the idea of marriage and commitment — they are just choosing to do so at older ages.

Millennials respect marriage; they just choose not to partake in it to the same degree. Considering current trends, it’s predicted that 25 percent of millennials “will have never married by 2030, which would be the highest share in modern history,” according to The New York Times.

On the bright side, 2030 is still 13 years away. Perhaps there will be another Tinder in a few years on a more revolutionary scale — one powerful enough to shift entire generational trends. We’ll have to wait to find out if the future of relationships lies in technology instead of traditional institutions.