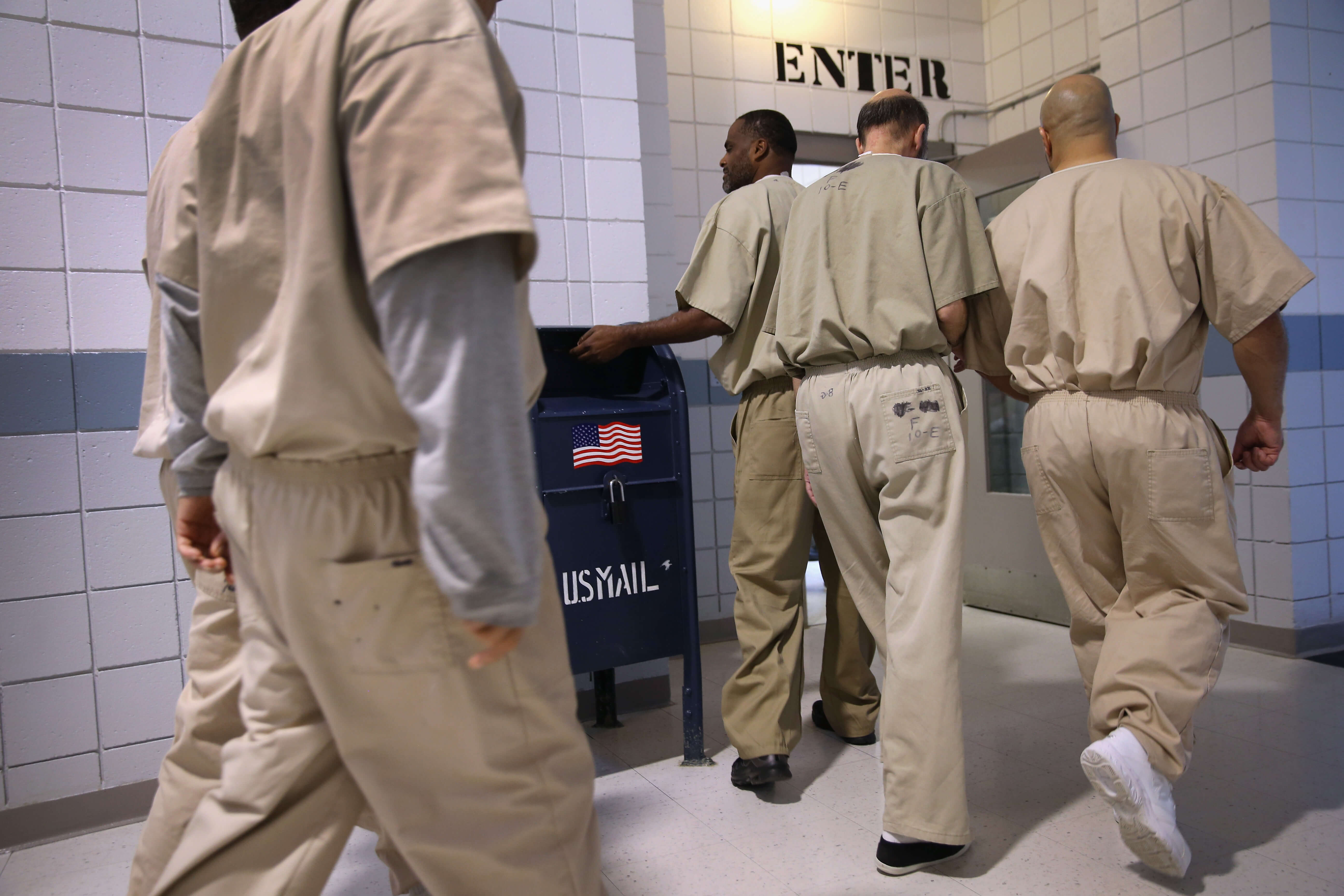 ENFIELD, CT - MAY 03: Incarcerated military veterans enter the dining hall for lunch at the Cybulski Rehabilitation Center on May 3, 2016 in Enfield, Connecticut. The Veterans Unit houses some 110 prisoners, all U.S. military veterans convicted of crimes ranging from petty larceny to murder and typically with less than two years left on their sentences. The unit is part of a Connecticut Department of Correction program to turn some prisons into reintegration centers to prepare inmates for successful re-entry into society. Criminal justice and prison reforms are taking hold with bi-partisan support nationwide in an effort to reduce prison populations and recidivism. The state's criminal justice reforms fall under Connecticut Governor Dannel Malloy's "Second Chance Society" legislation. (Photo by John Moore/Getty Images)

There are quite a few barriers for ex-offenders looking for employment, which increase the risk for reoffending and impact recidivism rates.

What keeps ex-offenders from finding jobs

As a population, offenders statistically tend to have less education and less previous employment in their backgrounds, which initially makes them less-appealing applicants.

Many applications will automatically disqualify those who have felony convictions, barring many former convicts. Those that make it through this step might be hit with a background check that disqualifies them as well.

Making it to an interview can be difficult, but making yourself presentable for an interview you do get can also be a challenge when you might not be able to find housing and are likely low-income.

All of these factors result in the ex-offender population lowering the overall employment rate by .8 to .9 percent, according to a study by the Center for Economic and Policy Research.

It is commonly known by experts in the field that employment is an incredibly important factor in stabilizing someone’s life after release from prison.

People need to have the steady activity and responsibility in order to avoid falling back into the same behaviors that landed them in the system. More importantly, they need a steady paycheck to get themselves housing, food and basic necessities in order to survive on their own.

The increased risk for re-offending caused by unemployment has a negative effect on overall recidivism rates, and that impact has been tracked by several recent studies.

A 5-year study conducted by Indiana’s Department of Corrections found that an offender’s post-release employment was “significantly and statistically correlated with recidivism, regardless of the offender’s classification.”

America Works partnered with the Manhattan Institute to track the success rates of their employment-assistance programs for released offenders. They found that offenders who participated in their programs had almost 20 percent less of a chance of re-offending and returning to prison.

Takeaway: We have to care about recidivism

Ex-offenders need employment, and it’s important to recognize their barriers to leading successful lives. But high recidivism rates indirectly impact all of us — they inflate prison populations, which overflow correctional budgets that are paid for by taxpayers. So whether or not we care about the ex-offender population, we need to care about recidivism rates overall.

Bold @BoldTV
5 hours ago
#BritneySpears recently came out to the world stating she wants to end her conservatorship. Is it time to #FreeBrittney? Also, if you don't know what Conservatorship is, read all about it here! https://t.co/dy3apOEqjc
View on Twitter
0
1

Bold @BoldTV
7 hours ago
How much do you use your eyes? https://t.co/ZS3BMgkxoE
View on Twitter
0
0