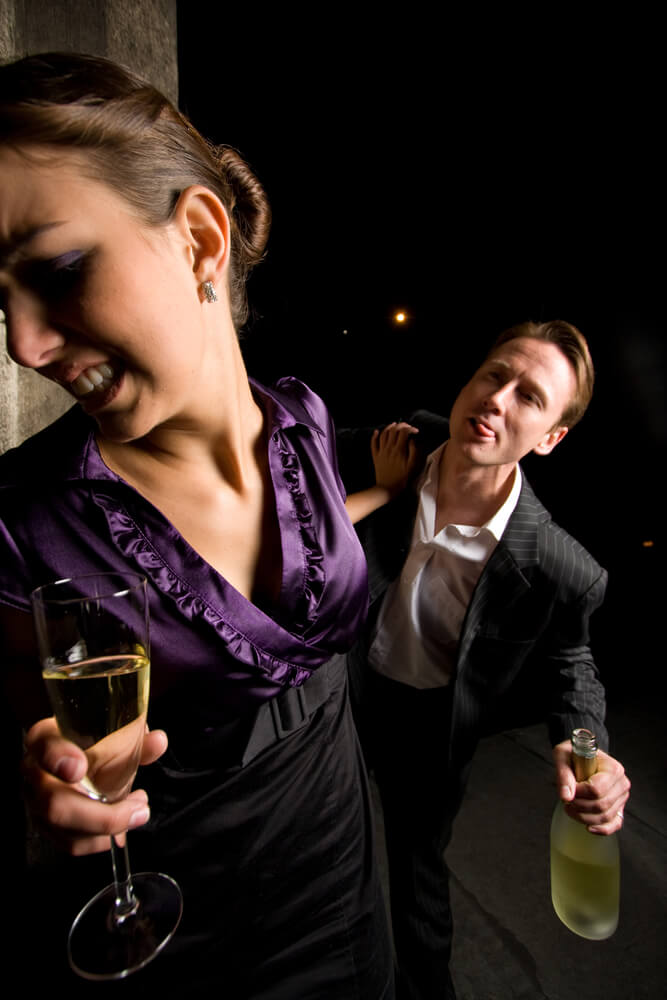 Drunk Guy Hitting On A Woman

You can thank Facebook, Instagram and other such social media platforms for the modern state of affairs surrounding job-hiring practices. Well, we can truly thank human nature itself, but that is a whole other discussion! Although say what you will, we do live in a world entirely divorced from the pre-social-media years. And there is one reason that has played a near-instrumental role in this transformation: visibility.

We now live in a world where people can do a quick Google search and come back with all our social media postings, opinions and general presence therein. This is probably OK if you are just posting one cat photo after another. But if you are partying it up or posting unpopular views, and all-the-while on the job-hunt, too, then employers might very well be judging you negatively.

And, to return to the cat photos, even those aren’t entirely safe! What if your prospective boss was mauled by 20 cats when they were a kid? The heavy-handed point is this: In a world without privacy, be very careful with what you post online. Anything! Or you might not get that job you are hoping for (all because of a few carelessly uploaded photos).

If you think that the hiring process boils down to putting on your finest outfit, extending a firm handshake to your interviewer, and, for 20 minutes, using the biggest words in your vocabulary, you are sorely mistaken. While these are all classically sweated-over steps to most any hiring process, you might not even get an interview if your social media presence can be construed, in any way, as being unprofessional. For instance, the interviewer(s) might weed you out through Facebook postings while they are reading your cover letter or looking over your resume. If they don’t get a chance to do it then, research shows that they will come back to it eventually. According to CNBC, “[since] 2010, 70 percent of hiring managers use social media as a screening tool.”

According to new research from CareerBuilder “more than half of employers that check job candidates’ social media say they’ve seen content that has caused them to eliminate a person as a job contender. According to the same data, the top three turn-offs were inappropriate content (40 percent), drinking or using drugs (36 percent) and discriminatory comments (31 percent). So think before you post, and keep in mind these other reasons that you might be weeded out of the selection process:

Evidence has even been found that social media check-ups are conducted after employees have been hired. Based on a survey of 1,000 hiring managers, “48 percent of respondents say that they monitor current employees’ social media activity.” This is not to say that you should not have a social media presence — simply that you should be careful what kind of information and content you are associated with. Here are some ways to protect yourself from digital discrimination:

Know what’s out there

You should definitely take steps to understand what kind of things are on the internet regarding you personally. That is to say, things that you have posted. But not only that. Also, things that friends have posted about you, tagging you, and things posted by total or partial strangers about you. An easy way to check up on this is to do a Google search. This is what your employers will be doing and be seeing.

Make sure that you get creative and try variations of your name and add details like schools and last employers in order to really see what there is to see. A good rule of thumb is to check the first 10 to 20 links as this is probably around as far as any employer will check as well.

Now that you know what is out there, you can set about fixing it. Look over all your social media accounts. Then scrub them clean of anything that could be considered dirty, offensive or in any way unprofessional. Don’t keep up anything that you would not want your employer or potential employer to see. If you have to go one by one and untag yourself from unsavory posts and/or photos of you riding a Great Dane wearing a dunce cap, then that is just what you’ll have to do.

Consider creating a free Google Alert so that you are notified when you are tagged in something. That way, you can be proactive in removing unprofessional tags.

Don’t get me wrong. You definitely want to be visible online to an employer or a potential employer. Having no online presence can be construed as just as sketchy as having an unprofessional online presence. Fifty-seven percent of employers are less likely to call someone in if the candidate is a ghost online, according to CareerBuilder. But you can choose just how visible you are by tinkering with your privacy settings.

Every social media has filtration systems that let you pick and choose what certain people can and cannot see. Consider heading over to your privacy settings on all your respective social media accounts and figuring out how to keep yourself safe.

A digital presence doesn’t have to be all bad. In fact, your social media accounts can do you a service with your employer or potential employer. This is how it works: Just as negative, dirty and unprofessional content can drag you down, positive and laudatory content can give you a leg up with people such as hiring managers. If you constantly are posting thoughtful comments and articles to your accounts, it shows that you are relevant, that you care and that you are intelligent.

Adding fresh content regularly ensures that positive information comes up when people Google search for you. Although it is definitely important to be careful about what you are posting, don’t be afraid to show a playful or creative side either. Calculated posts targeted at certain audiences, such as hiring managers, can give them a richer idea of who you are as a person and not just as an employee.

According to CareerBuilder: “Among the primary reasons employers hired a candidate based on their social networking site were: candidate’s background information supported their professional qualifications (38 percent), great communication skills (37 percent), a professional image (36 percent), and creativity (35 percent).”

Also, remember that your social media presence can be your friend as well as your enemy. Employers like to see a real side of you, a creative side. That means not only presenting yourself as a potential worker but also as a human being … just not as a human being that is fist-bumping while holding a 10-pound margarita.