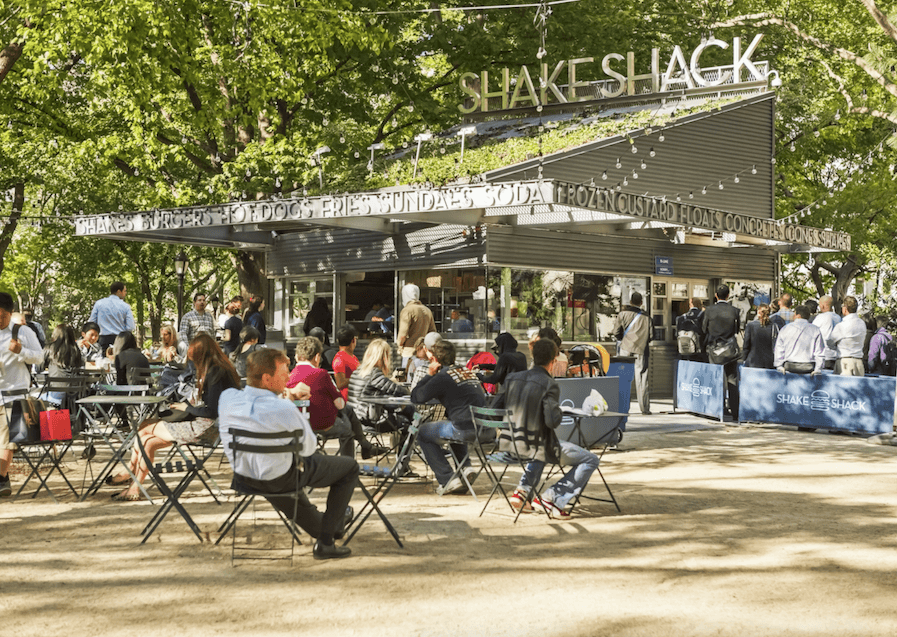 Consumers vote with their dollar. When they go out and spend money at one store over another, they are wielding immense power, helping to decide the fate of small business and big business, too. But unlike a vote, the power of the dollar is variable. And over the last few years, consumers have seen their dollar falter, often forcing them to make choices that favor big corporations over small businesses.

As wages continue to stagnate and purchasing power diminishes, everyday people—whether they’re making minimum wage or six figures—have less of a reason to shop small than to shop smart, even if their heart wishes otherwise. This is part of the reason that small businesses are slowly disappearing and are being replaced by big businesses—or, occasionally, big businesses masquerading as small ones.

Wages ain’t what they used to be

No doubt you’ve heard this phrase before, but it’s true: Wages in America have flatlined. The federal minimum wage has been stuck at $7.25 an hour since 2009, having only made minimal gains before that. Adjusted for inflation, the minimum wage actually peaked in 1968. We were getting more bang for our minimum wage buck almost 40 years ago.

It’s true that in many states and the District of Columbia, the minimum wage is higher: $11.50 in D.C., $10.50 in California, $9.70 in New York and $8.05 in Florida. But none of those numbers reach what The Economist predicted would be the expected minimum wage (about $12) by this time.

Plus, an additional 20 million Americans are “near-minimum” workers, who make above their state’s minimum wage but still under $10.10 an hour. More than half of that number are people under 30.

Not all wage and salary workers make minimum wage, of course. But in 2015, 78.2 million workers in the U.S. were paid at hourly rates. Inflation, meanwhile, continues to drive up the prices of goods, services, restaurants bills and everything else we buy.

This brings us to the impact of income on consumer choices: A consumer’s purchasing behaviors are affected by their overall income or wage levels. The limits of their budget affects what they buy and where, which makes sense: Someone making minimum wage is going to want to optimize their purchases, so they don’t run out of money.

In the wake of the recession, when unemployment was high and people were especially conscious of their budgets, their purchasing choices changed. Now that the economy has bounced back in many areas, we’re seeing gains in certain industry niches, like fast-casual restaurants and craft beer, that don’t include traditional small businesses.

As we’ve seen, millennials in particular are conscious about their buying choices: They want good, healthy, sustainable food options, but at prices that won’t break the bank.

Here’s where fast-casual comes in: Chains like Chipotle and Gusto offer higher-quality ingredients than their traditional fast-food counterparts like McDonald’s and Wendy’s, and as a result, consumers are “happily paying more at fast casuals in both the lunch and dinner dayparts,” according to a Technomic report.

And why is that? According to Technomic executive VP Darren Tristano, it’s partly because “the typical fast-casual consumer is higher income and less stressed by unemployment.”

The Economist also pointed to “… a touch of distinctiveness. This distances them in the eyes of consumers from the “corporate” feel of burger chains—and their legacy of bad publicity.”

As much as some value Wal-Mart and McDonald’s for their low prices, others appreciate the dining experiences they have at places like Shake Shack— they feel unique, customizable, almost like an overgrown small business. Emphasis on overgrown, as Shake Shack is a billion-dollar company with locations all over the world. They feel distinct and different from corporate chains by design, not by accident.

There is something of a divide here—a trend we see in the economy and society as a whole. While fast casual is booming, fast food and the greater restaurant industry is suffering. Wendy’s, according to a recent Fortune article, blames less consumer spending on “stalling wages and rising living costs.”

So, while some Americans are feeling confident enough to spend $8-$10 per lunch or dinner, others are opting to stay home from restaurants altogether, instead shopping at grocery store chains like Kroger more often.

There is a similar theme in craft beer, which is now 12 percent of the overall beer market.

Part of the appeal of craft beer is its uniqueness and separation from the corporate beer companies of yesteryear (and, obviously, today). You feel good drinking a tasty beer from a brewery in your hometown, which gives you a unique experience that someone across the country couldn’t replicate. Except that craft beer is in the midst of a major sellout phase. Craft beer is becoming different in name and ingredient only from Budweiser—it’s all the same thing, at the end of the day.

And that’s the problem for consumers who want to buy small. Even when they might feel like they are, many times, they aren’t: Whether it’s Method Soap (Unilever) or Blue Point (InBev), everything is big business now. You might vote with your dollar, but increasingly, that vote is all for the same candidate.

Meanwhile, where does the typical small business land in all of this? If you’re a mom-and-pop restaurant, you’re no doubt hurting like many other restaurants, unable to source healthy, fresh ingredients at the scale fast casual places can.

If you’re a microbrewery, you face competition not just from big beer companies, but other craft brewers that have been purchased and now operate with big business backing.

If you’re a retailer, you see that Amazon alone is accounting for almost 50 percent of all online purchases, and that entrepreneurs are increasingly using the Amazon platform to sell their wares rather than compete with their own e-commerce site.

As the economic gap between upper and lower classes widens, purchasing power will continue to make choices for consumers. Those with lower wages are forced into making purchases from big businesses, while those with greater economic freedom still see the value in paying less for more. That leaves smaller enterprises who want to remain independent in the middle, and it’s not clear what their way forward will be.

Bold @BoldTV
17 hours ago
Should Schools Teach Financial Literacy? This Would Be Key - https://t.co/DAUVuzgITA
View on Twitter
0
0