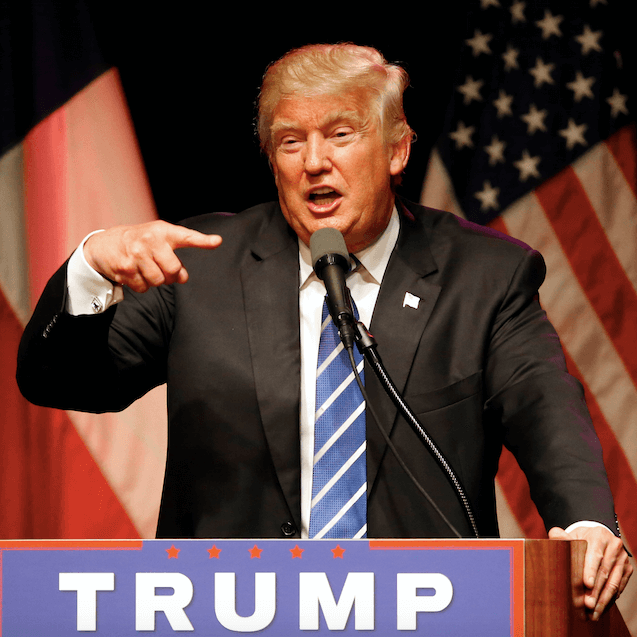 The Donald Trump campaign finance reform plan includes his professed distaste of Citizens United and the Super PAC system it reaffirmed. But things may get pretty awkward for him, since he’ll likely need Super PAC support throughout the general election.

Throughout the primaries, Trump has been vocal in his opposition to Super PACs, which allow corporations and unions to collect an unlimited amount of money to campaign for or against a candidate (though they can’t donate directly to campaigns or coordinate with them). Citizens United was the 2010 Supreme Court decision that made these entities and their political practices legal.

As Trump put it in a speech to Liberty University students: “We have to do something about Super PACs. Because Super PACs are now running the country. Gotta get rid of Super PACs. Really, really, really bad.”

Trump largely self-financed his primary campaign, spending over $45 million of his own money, which accounted for 72 percent of the total funds raised. This put him in a unique position to be critical of other candidates’ reliance on wealthy donors to finance their campaigns. To this end, he spent the primaries insisting that such reliance impacts candidates’ integrity and beholds them to special interests.

Despite Trump’s derision, several Super PACs attempting to raise money for Trump cropped up during the primaries. Trump straight-up disavowed these entities, and even filed a number of complaints with the Federal Elections Commission about them.

But now, Trump is going to need a lot more money to wage his campaign against the very well-connected and well-funded Sec. Hillary Clinton. And his tune on big money contributions is changing.

“I mean, do I want to sell a couple of buildings and self-fund?” Trump asked. “I don’t know that I want to do that necessarily, but I really won’t be asking for money for myself, I’ll be asking money for the party.”

As is typical for a presidential nominee, Trump is teaming up with the Republican Party in a joint fundraising effort. The candidate and the party work together to attract donors both for the candidate’s run and the party itself. Based on what he said about asking for money for the party and not himself, it seems Trump may be open to Super PACs contributing so long as he can claim it’s not for him personally, and that he doesn’t need them (he’s really rich), but that it’s good for the party.

But if pro-Trump Super PAC efforts are to be effective, Trump will probably need to start actively speaking in favor of one of them. There are several currently operating, and if the candidate doesn’t legitimize one of them with his express support, donors aren’t going to know where to put their money. They can contribute at most $5,400 directly to Trump’s campaign, but any money beyond that would need to go to a PAC.

While Trump might begrudgingly support the use of Super PACs to further his campaign in the general election, his position on them is pretty clear: Big money in politics corrupts politicians and he knows because he put a lot of money in candidates’ pockets over the years in exchange for favors.

With that in mind, it’s possible that, if he were president, he may work to have Citizens United overturned.

However, he has not articulated a plan for campaign finance reform. Since not everyone is “really rich” like The Donald, it’s unclear how he’d make it easier for anyone else to run for president without big-money contributions from special interests.