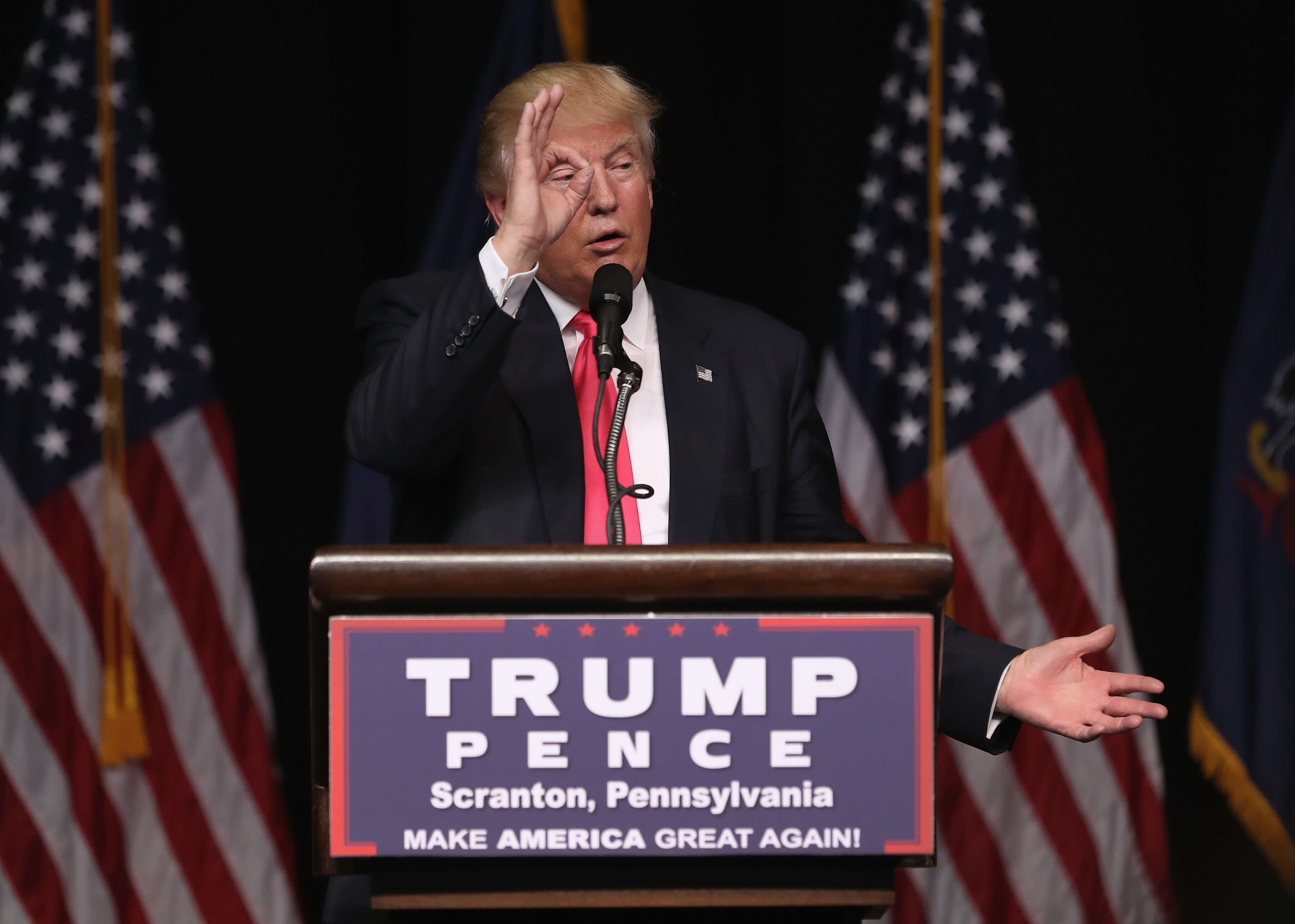 Donald Trump’s stated problem with the current welfare system is that people are on it for too long, and they don’t want to get out of it. The Donald Trump welfare plan is to try and incentivize work over welfare. Compare with the Hillary Clinton welfare plan.

Make ‘em work for it

In his 2011 book, Time to Get Tough, The Donald wrote that people should need to show that they’re actively trying to find work in order to qualify for any welfare program’s benefits:

The secret to the 1996 Welfare Reform Act’s success was that it tied welfare to work. To get your check, you had to prove that you were enrolled in job-training or trying to find work. But here’s the rub: the 1996 Welfare Reform Act only dealt with one program, Aid to Families with Dependent Children (AFDC), not the other seventy-six welfare programs which, today, cost taxpayers more than $900 billion annually.

But there are currently work requirements attached to other welfare programs. The Supplemental Nutrition Assistance Program (SNAP) (the benefits formerly known as “food stamps”) mandates that recipients take a job if offered, participate in a training program and that they don’t reduce their hours if they are working, for example.

Trump may want to expand on the various work requirements already in place, and implement them where they are not.

Trump believes that, as they stand, welfare benefits discourage people from working; thus, by that idea, people are getting welfare income from the government instead of earning money through work, when they could do the latter.

“People don’t have an incentive,” Trump said in an interview with Sean Hannity at the beginning of his campaign. “They make more money by sitting there doing nothing than they make if they have a job.”

A study into typical welfare benefits for a single mother with two kids found that, in 35 states, benefits exceeded earnings from a minimum wage job. People who are not qualified for higher-paying jobs might be better off financially staying on welfare as opposed to finding work.

The zones Trump was referring to were likely “enterprise zones.” These can be established in areas with poor economies. Basically, the government gives big tax breaks to companies that hire people within the zone or who are on welfare. The idea goes that the higher employment rate equals fewer welfare recipients. Presumably, wages would be expected to exceed what people get on welfare. Contrast the tax break incentive approach with Hillary Clinton’s incentives to get more people into the workforce.

The idea of incentivizing businesses to hire people on welfare fits well with typical Republican thinking; let the private sector take over what the government was doing before, and encourage it to do so with tax breaks. Also, the overall narrative that welfare incentivizes “sitting there doing nothing,” as Trump put it, as opposed to working, is standard conservative thought.

House Republicans released an anti-poverty plan in June, much of which had to do with welfare. As with what Trump said, the plan emphasizes increasing work requirements in order to qualify for benefits from many different welfare programs. They also want to give states more control over how the programs are implemented.

As far as Trump is concerned, the current welfare system enables people to stay out of the workforce, and doesn’t expect enough of them in return in terms of trying to get work. He wants to call on business to incentize work over welfare.