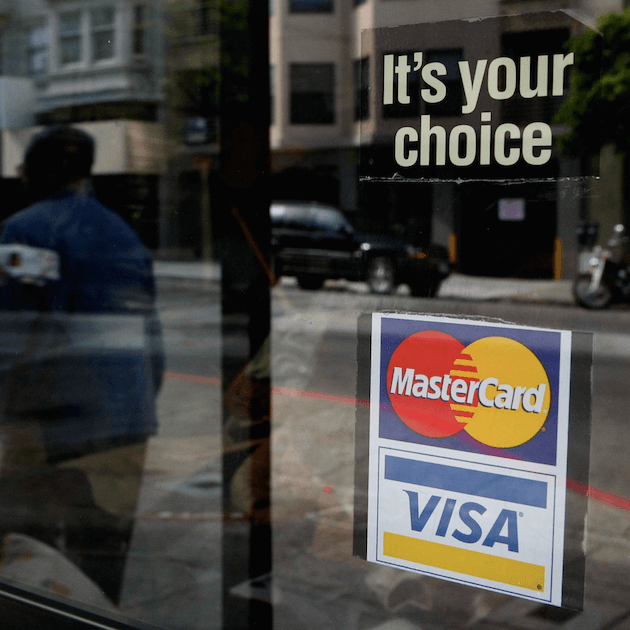 Our use and abuse of easy credit speaks to the fraught, love-hate relationship between most Americans and their finances.

Surprise: You can’t afford that emergency!

Can you handle a surprise $400 expense today? You are not alone.

According to the 2014 Economic Well-Being report from the Federal Reserve, 47 percent of those surveyed would not be able to come up with the cash or would have to borrow to cover just a $400 expense. This is no bueno, folks. Although the survey respondents share that things are looking slightly better than 2013, the financial stability of a plurality of Americans is shaky to say the least.

When President Nixon took the country off the “gold standard” in 1971, interest rates were drastically affected. By not having the nation’s money supply tied to gold or any particular fixed commodity, the government could print as much money and control the interest rate as it deemed necessary.

Additionally, in the late 1970s, court decisions in a few states eased restrictions on credit card interest rates, which let national banks and credit card companies charge market-determined rates. The diminishing of legal barriers, along with improvements in data processing allowed for risk-based pricing and the development of revolving credit.

Technological advances and the ridiculous increase in consumer goods are also attributed to the increased access to credit. The cost of assessing consumer credit risk has diminished substantially and it has allowed retail stores to offer credit as well. It’s the only reason I shop at Kohl’s.

Credit cards fkd up how we pay

In the last three or four decades the use of a credit card has changed the way we purchase all the goodies capitalism has provided us. Cards minimize our use of Tubmans, eliminate the need to write checks, track how we spend and, oftentimes, come with some cool travel and cash back perks. This is all well and good, but now we have transitioned from using credit cards for big purchases to using them for everyday purchases.

Traditional and more modern economic models tell us that we don’t really give a darn about the future as much as the present. Even if we are in debt, we will continue to purchase stuff on credit — because we can.

It makes sense! With #YOLO being the conventional motto of the day, it is no surprise that we pay zero attention to future implications like a surprise car repair or any financial emergency. Credit cards make this a reality by allowing consumers to act on their impulse and purchase whatever they want at the moment, no matter how large or small.

Kudos to you, Gen Y

Not only does the Fed report expose a rather grim review of our consumer culture, but Americans are extremely uncomfortable talking about their financial troubles. Why? Because we consciously know it is due to our lack of restraint and easy access to credit.

We’d rather discuss our burgeoning STD collection than the fact that we do not have enough in our checking account to handle a financial emergency. Talking about this with friends and loved ones does not happen, and if it does, it’s always in reference to other people.

Credit Card Debt Per Capita in The United States | FindTheData

The results of this survey are not foreign to Gen Y. We understand what it’s like to be strapped for cash. You can just say it’s how we was raised—thanks 2008! However, thanks to the Great Recession, fellow millennials have become ever wearier of credit cards. Millennials carry 15 percent of total consumer credit card debt, which is well below the 27 percent average of all Americans. The number of credit cards held by millennials continues to decrease as well.

We like to pay things as we go instead of worrying about a bill.

Now, this can be attributed to the increasing student loan debt held by this generation, but at least Gen Y isn’t trying to double-down with different ways to get more bills at the end of the month.

The economy is on the up and up, but Americans are stressed out about finances. Easy access to credit has increased bankruptcy rates, increased the amount of revolving debt, and changed the way we buy things. More importantly though, we are shamefaced, painstakingly looking at our financial statements and spending patterns hoping that life doesn’t throw a moderately expensive wrench in the mix.

If they are used wisely, credit cards can be very useful, particularly when building up credit scores. However, it may be all the wiser to make sure to build a cash stack before using your credit card for all kinds of purchases.

Life is easier when you have easy access to cash than to credit.

Bold @BoldTV
14 hours ago
Should Minimum Wage Workers Make 15 An Hour? The Fight for 15.
https://t.co/5wrHWnTvPn
View on Twitter
0
1