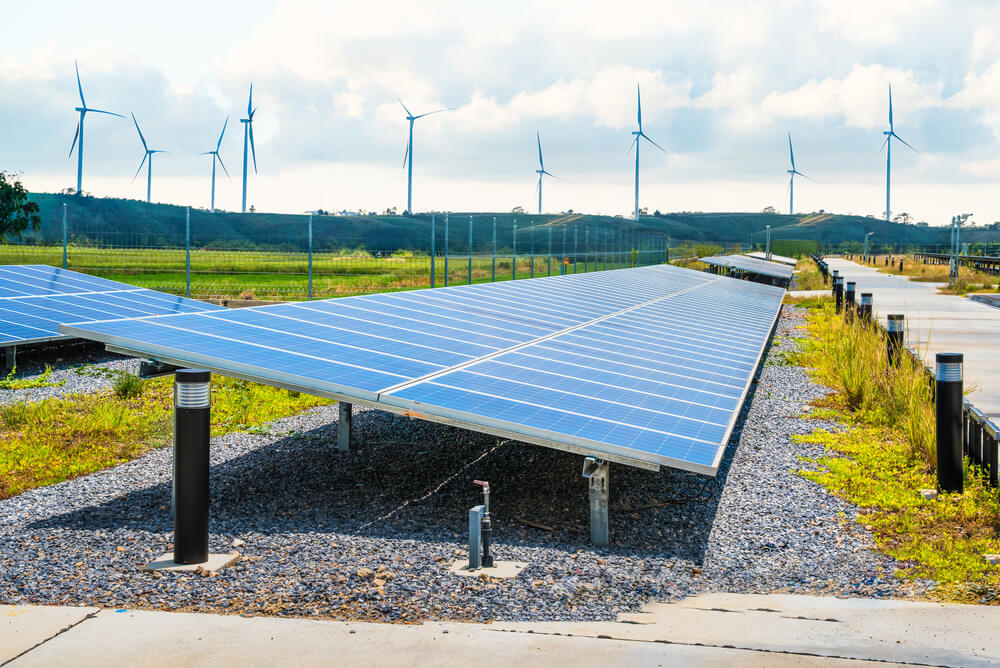 The way we power our economies is evolving, and we’re witnessing first hand the rapid changes to longstanding energy sources.

All-in-all, the changes in the world of energy are extremely good news for the majority of us. We’re turning away from the dirtiest forms of energy generation, like coal, in favor of the relatively cleaner option of natural gas. In the meantime, alternative energy solutions, like solar and wind power, are registering monumental progress as technological advancement makes these sources more economically competitive.

Much like many industries, energy is seeing massive technological disruptions that are radically altering the landscape.

Typically, we only hear about coal during election season, when politicians pander to voters who live in areas decimated by job losses in coal mining. While those people’s economic woes are lamentable, here’s the real skinny on coal: it’s by far the filthiest way to generate power.

Nevermind coal’s sky-high carbon emissions, coal is a public health disaster. At every stage, from mining, to combustion, to the radioactive fly ash waste, coal significantly harms our environment and human health. Luckily, we’re in the middle of a coal crash of epic proportions.

Old king coal has been brought to its knees by the shale revolution, and fracking and other drilling technologies have meant that consumption of coal is declining. Further, the falling cost of alternative energy and a flurry of environmental regulations mean that coal is slowly being phased out.

While there are significant environmental concerns, fracking has been a godsend for American energy: changing the global energy market and weakening OPEC, the cartel of oil exporting countries that attempts to control oil prices worldwide.

As a result, oil prices have come down significantly, and we’re in a much stronger spot geopolitically because we’re less dependent on oil from many unsavory parts of the world.

A decade ago, energy independence seemed completely out of reach for the United States. Today, it appears we’re moving in that direction. Also, our greenhouse gas emissions have come down precipitously, as we’ve moved away from dirty coal in favor of natural gas that comes from fracking.

Of course, there are significant issues with shale oil and the practice of fracking. We’re pretty sure it causes earthquakes (Oklahoma has been shaking like a salt shaker since fracking started) and we know for a fact that fracking creates massive amounts of toxic wastewater. In sum, there’s a reason that states like New York have banned fracking and there’s little doubt that communities will want more clarity on the environmental impact of fracking moving forward.

Before accidents like Fukushima, Chernobyl and Three Mile Island marred nuclear energy’s reputation, it held a great deal of promise, particularly in light of concerns over pollution and carbon emissions’ impact on climate change.

The problem is that public opinion has turned against nuclear energy because of fears of crippling accidents. With radiation still leaking in Japan and making its way to the West coast more than five years after the earthquake and tsunami that devastated the plant, few Americans will put their weight behind this once promising technology.

The public will want more assurances about safety if we are to go down the path of building more nuclear plants.

The alternative lifestyle: Solar and Wind

Alternative energy is currently enjoying a boom as a result of the industry’s rapidly improving economics. We are not yet able to power the entire economy through solar and wind, the two most common forms of mainstream alternative energy, but they are starting to make a significant dent in our power supply.

These technologies are environmentally friendly because they’re renewable. Crucially, they’re more economically viable than ever. As costs come down, more investors are willing to park their money in alternative energy, because the profit potential is only growing. Government subsidies are also sweetening these deals.

Despite all of the good news, alternative technologies still have a long way to go. Most experts agree that that the economics of storage makes renewables less attractive. Remember, in the case of solar and wind, it’s not always sunny and windy, so energy storage is vital for a reliable electricity grid. If we can improve energy storage, we can start to replace our energy needs with alternative energy en masse.

There’s little doubt that alternative energy sources are the wave of the future, and will help us create a more sustainable economy in the years to come. Still, nuclear, oil and even coal continue to play a key role in helping us keep the lights on.

Many speculate that the source of tomorrow’s energy grid is waiting in the shadows of scientific research. In an age where environmental concerns weigh heavily on our future, finding sustainable, cheap and readily available power for the globe is a huge issue.

The good news is that we’re in a much better place today than we were ten years ago. When we look back at this period of energy transition, natural gas from fracking may prove to be a key bridge technology on our way to developing alternative energy.

Our massive reduction in greenhouse gas emissions and lessening of our dependence on Middle Eastern oil is a huge win for America, and you can thank the shale revolution for those amazing developments. Of course, the earthquakes and toxic water are issues that will have to be addressed.

Nevertheless, the quest for the holy grail of energy generation continues, and alternative energy is still coming into its own. But just like fracking wasn’t even on our radar a decade ago, something exciting breakthroughs in energy are likely in the coming decades, and will change the trajectory of humanity.

Bold @BoldTV
6 hours ago
#BritneySpears recently came out to the world stating she wants to end her conservatorship. Is it time to #FreeBrittney? Also, if you don't know what Conservatorship is, read all about it here! https://t.co/dy3apOEqjc
View on Twitter
0
1

Bold @BoldTV
8 hours ago
How much do you use your eyes? https://t.co/ZS3BMgkxoE
View on Twitter
0
0