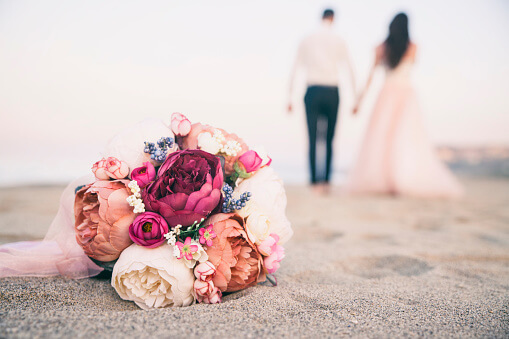 Millennials are in no rush to get married.

If you’re over the age of 15, chances are high that your relatives have asked you at each family gathering when you plan to get married. If your answer is disappointing, don’t worry — the statistics of marriage are different for millennials than every other generation, according to this Gallup poll. The metrics of millennial marriage, relationships and having children are changing quickly.

Only 27 percent of millennials are married. This may not seem drastic, especially considering the wide range of ages that comprise millennials. First, let’s define our terms: a millennial is anyone born between 1980 and 1996. At the time of the poll, that’s 73 million people. Millennials are the largest generation ever; they’re even larger than the Baby Boomers.

If we were to compare the two groups, however, this figure is a huge fall-off from the 65 percent of Baby Boomers who were married at the same ages. If we don’t consider anyone born before 1981, which is the cutoff year for GenXers, and only consider the past two generations, there are no indications that the difference would be so drastic.

What about the children?

Millennials haven’t forgotten that children are the future. Data indicates that in 2016, 56 percent of millennials that were married at 18 (only 2 percent) still had children. This means that on the other side of the spectrum, the oldest millennials maintain this trend but do so without marriage.

Almost half of the oldest millennials have children despite never being married; in fact, “87 percent of adults between 18 and 40 who did not yet have children said they wanted them someday.” This signifies a shift indicating that childbirth out of wedlock is more accepted. In fact, the rates of acceptance currently stand at 68 percent amongst millennials. This is a sharp contrast from acceptance rates in 2002, when half of the population thought it to be morally unacceptable.

Gallup put it best — “The face of the American family has profoundly changed over the past two generations, with millennials are picking up where GenXers left off.” Society has shifted, American culture has changed and the rates of marriage in millennials have declined.

Though 46 percent of millennials live in multigenerational households despite being over the age of 18, the desire to have children is still there. The shift in moral acceptance is another notable trend that changed with this generation, but the rates of childbirth are still secure. To millennials who dream of one day getting married and having a family, don’t fret; future generations may bring hope.