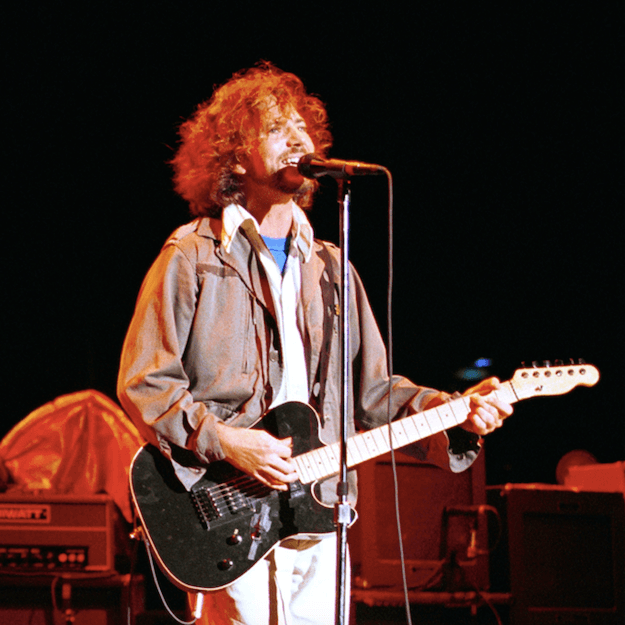 Our series exploring the formation of the modern economy rolls on with our rollercoaster-riding aunts and uncles of Generation X. This was the group that experienced both historic peacetime economic growth and set us up for the financial implosion of the Great Recession — the hand-me-down we never wanted.

So how about that Pearl Jam-loving, drunk uncle of ours? You know, the uncle that tells you all about the “struggle” back in the day.  To be clear, “struggle” means that time he lost a couple grand in the “dot-com” crash because companies like Pets.com were overhyped.

Aside from the non-existent financial woes of the ‘90s, our uncle will also point out the struggles of using dial-up Internet, lugging around a Discman and accompanying CD binder, and paying for texts on his Nokia cell phone—for which, in all honesty, he has our sympathy.

Welcome to the World Wide Web

After beginning the ‘90s with a short recession, the United States would experience close to 4 percent GDP growth, low mortgage rates, and increased global trade (looking at you, North American Free Trade Agreement) in the next decade. The tech revolution increased the wealth pie and spurred business and housing investments. Consequently, unemployment decreased, inflation steadied, and service occupations soared.

Also, defense spending saw substantial decreases during the ‘90s. Defense-related employers recruited high-level engineers and low-level manufacturers. But without extended conflicts to fight, engineers of all types could not put all their eggs in the defense basket when it came time to looking for employment. So, off into the private sector they went, further strengthening the budding tech and finance industries.

For all the hysteria behind Y2K, the belief that anything with a digital clock would malfunction when we stepped into the new millennium ended up anticlimactic, at best. The next day was business as usual and everyone continued to Macarena on into work. Instead, our investment-savvy relatives contributed toward a tech bubble that popped and led the economy into a two-year recession.

Needless to say, this didn’t stop the tech sector from growing. The ‘90s laid the groundwork for tiny companies like Amazon and Google to withstand the crash and lead the tech revolution in the coming years.

Our aunts and uncles were part of an era where more people were working than ever before; the labor force participation rate peaked. This, coupled with increases in technology, helped boost productivity levels. On the other hand, wages didn’t see those same positive increases. It wasn’t until 1997 that wages as a whole saw actual increases.

Success has its cost, but ultimately, the boom of the ‘90s was a win for most. Though many people’s wages didn’t keep up with the incredible technological developments, job security was definitely there.

Although jobs were abundant for our aunts and uncles, there was a shortage of skills. The tech industry’s rise required a little bit more than just turning on the computer for a game of Solitaire and it was hard to find folks with these skills. It’s even apparent today when our Gen X relatives stand in awe at the way we whip around computer programs and apps on our phones. Simply watching us type using all our fingers shaves a few slices off their self-esteem.

Seeking fat paychecks, higher-skilled workers headed into management, technician, and professional occupations. On a global scale, American workers were now competing with workers in other countries; businesses in the United States would have no problem hiring immigrants to fill the demand for high skills.

Jobs that required conceptual skills, like identifying and solving problems, were (and still are) in greater demand. Being good with numbers, savvy on a computer, and well-developed soft skills would prove to be lucrative attributes to boast.

Those without this combination of skills probably wouldn’t make as much, but they could still find a job.

The rush to college, women still killin’ it

Throughout the ‘90s and into the new millennium, education became a necessary investment. The difference in pay between someone with higher education and someone with only a high-school diploma rose dramatically during this period.

College enrollment continued the positive trend throughout the generations, with women occupying majors for health professions, social work, education, and psychology. Women would see to it that they had the know-how and communication skills to be awesome in people-centric occupations, with majors like the physical sciences, business and communication.

Men, though, still signed onto engineering and computer science as these were the majors that would fill labor demand for hard skills.

In the early ‘90s, our aunts and uncles went from purchasing really nice stuff to “stuff we can afford” due to those stagnant wages. However, by the second half of the decade, businesses adjusted and started offering “affordable luxury” goods.

In 1999, the median household income per year was around $42,000. For our aunts and uncles, rent would run them around $645 per month. One of these “affordable luxury vehicles” would probably cost around $21,000 during this time.

Affordable luxury sedans, or luxury SUVs, were easily accessible with better financing and leasing options. When the economy was in full gear at the turn of the century, buying a Hummer, a(nother) new home, or a collection of Furbies for the kids was NBD, even if some of those purchases didn’t age as well as others

Gen Xers had no problem finding a job during the golden age of dial up and Windows95. They were also able to experience the “friendliest” times to make large purchases due to innovations in banking and technology. It’s hard to find the “struggle” in all this.

Though it is easy to ditch any respect for a group that enjoyed such a pleasant economic climate only to pass down the worst economic period since the Great Depression, this era saw great advances in technology, trade, and… that’s pretty much it.

Next, we’ll talk about the mess our drunk uncle left us to kick off our own careers.

For previous installments go hang out with your grandparents and your parents.

Bold @BoldTV
15 hours ago
Art in the Office – It Might Make You More Productive - https://t.co/NLOBxVpYRG
View on Twitter
2
2