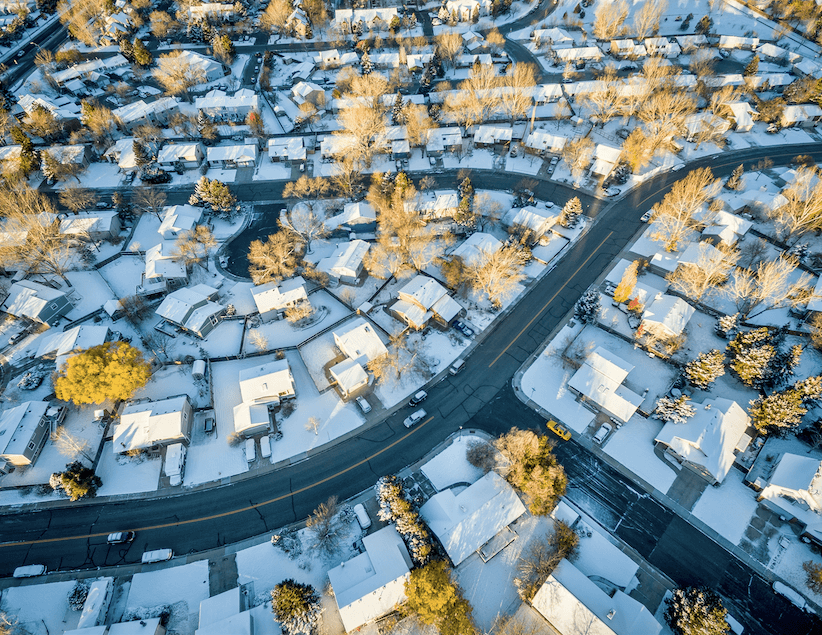 In cities all over the country, we’ve seen an apartment complex construction boom, as thousands of units have sprung up out of nowhere. The numbers show that as developers race to slap up multi-unit buildings, we’re barely building single-family homes in the picket fence suburbs.

Will this trend continue or will millennials eventually pack up and head out to the ‘burbs?

After graduating from college, it’s likely that you’ll end up being a boomerang kid–moving in with your family as your fate hangs in the balance. Eventually, you settle into some sort of independent living situation, probably with several roommates in a rental apartment. If this is your story, it is shared by millions of your peers, and it’s changing the physical fabric of this nation.

We’re a generation of urban hipsters, who rent small apartments in trendy, walk-able city centers. Needless to say, many of us have no intention of abandoning our urbane existence for home-ownership in our parent’s automobile-oriented suburbs.

There are several factors influencing our generation’s embrace of urban life. Some of it has to do with the real world limitations of the suburban towns most of us grew up in. Our career prospects in big cities are insanely exciting, which keeps millions of us tethered to the city centers of the twenty largest metro areas in the country.

Leave urban paradise? As if!

The lifestyle that city living affords is also very seductive to millennials. Socializing, dating, and most extracurricular enrichment is much more enthralling in the areas that we call home. For many of us, living in a tract housing development thirty miles from downtown sounds nightmarish and silly.

For those of us who might actually enjoy single-family suburban living, homeownership is something that has become out of reach financially. The posh city centers where generation urban hipster lives have become bonkers expensive. That means many millennials are stuck in a vicious cycle where high rents make it impossible to save for a down payment on their first home, thus continuing to rent their homes is the only option. The structure of our new post-recession economy has created a class of permanent renters, hence the boom in apartment construction.

Shockingly, generation urban hipster is okay with being landless peasantry as they scrape by on the new urban frontier. Federally backed mortgage giant Freddie Mac released a study earlier this year that says 70% of renters (of all age groups) feel renting is a more affordable option for them. Homeownership is no longer the end-all for millions of Americans of all ages, as cultural norms continue to shift in favor of renting and urban living.

The silver lining: Rents are starting to level off

Since the Great Recession ended in 2009, rental prices have been increasing at eye-popping rates. Fortunately, the gold rush for landlords is coming to an end–rent increases are starting to slow down significantly. There are fears that years of overbuilding has created glut of rental units in many cities, especially in the luxury apartments category.

Affordable units were never built in meaningful numbers during this last boom, meaning that prices may have to come down, or at least flatten out. In the meantime, single home prices have gone up a lot as well, but remain somewhat affordable in the suburbs and exurbs (the really far out suburbs) in many markets, especially the Sunbelt.

Will generation hipster ever move to the suburbs? Probably

Whether generation urban hipster will ever become all-American suburban homeowners still remains to be seen. If rental price increases do slow down, and wages finally increase, homeownership may come within striking distance for millions of millennials.

It is possible that millennials aren’t all that different from past generations, and they are just taking longer to come of age because of the tough labor market. As the job market gets better, millions of millennials will probably take the plunge and leave urban hipster paradise for the postcard perfect suburbs.

In this article:housing, Millennials, suburbs