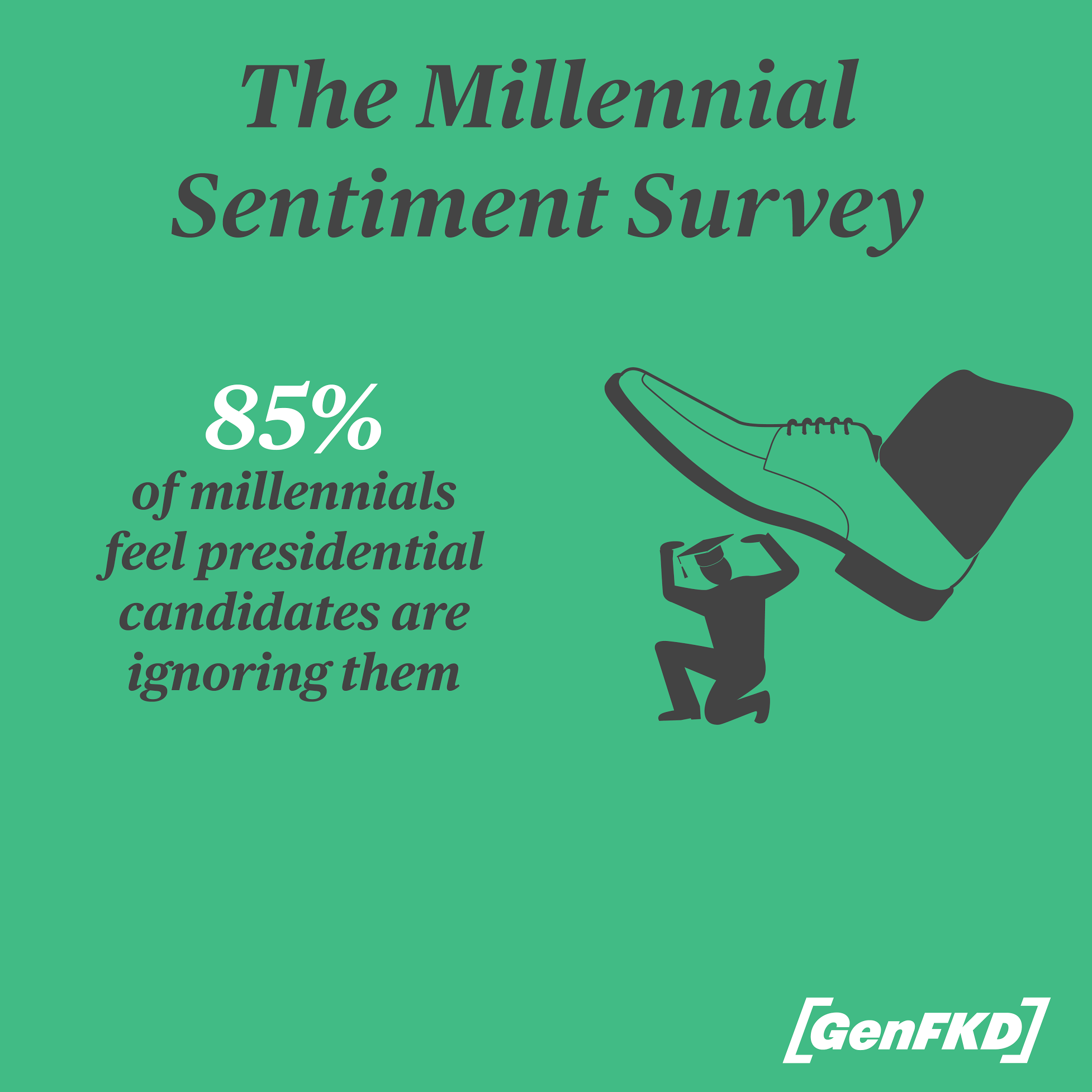 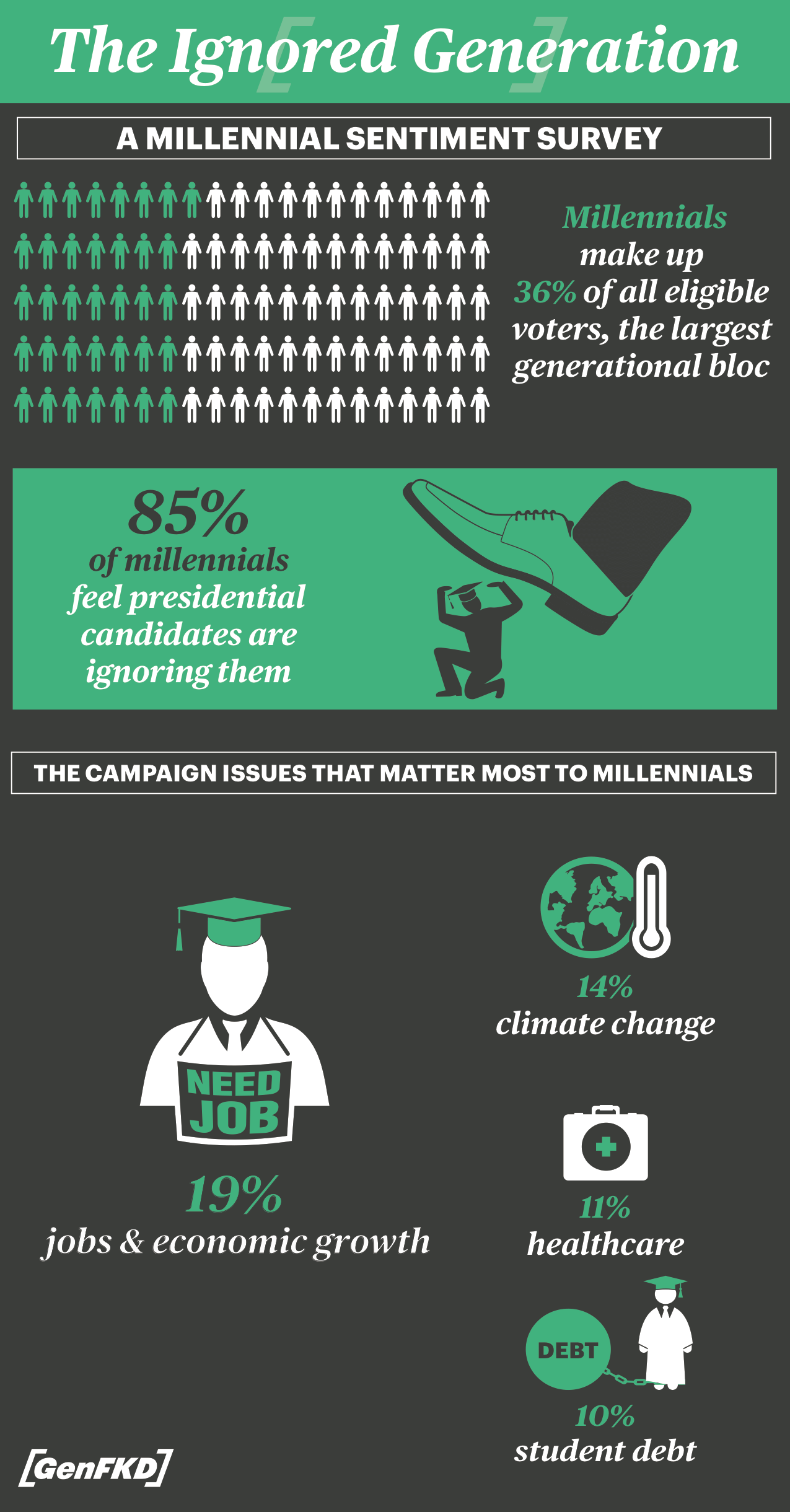 The presidential election may come down to what millennials think of the candidates, and right now Gen Y is seriously unimpressed.

A whopping 85 percent of 18- to 34-year-olds feel they are being ignored by the candidates, according to a GenFKD survey asking whether we believe our priorities are represented by elected officials. The GenFKD Millennial Sentiment survey, conducted online from December 15 to December 22, 2015,  polled a national sample of 782 adults between the ages of 18 and 34.

That 85 percent figure may seem large, until you remember that a recent debate featured Mike Huckabee telling millennials to get off their lazy asses and fight ISIS.

With that kind of insane babbling in the headlines, it’s unsurprising that those surveyed expressed a strong feeling of disconnect toward the current candidates. 43 percent of survey participants said that “most” candidates are not discussing the most important issues, while roughly 36 percent said the split was “about 50/50.”

If those vying for the Oval Office need a clue as to how they can capture the youth vote, they need to remember why most people get out of bed in the morning – work. Tallying 19 percent of responses, “jobs and economic growth” was the leading answer when participants were asked what issue would most likely determine who they vote for.

Apparently the connection that someone choking on their student loan bills wants a consistent paycheck is a bridge too far for our country’s best and brightest.

As the candidates examine poll numbers, they should realize how important millenials are to their election efforts. Despite its frustrations with today’s politicians, this generation still plans to vote in large numbers, as 74 percent of millennials are “very likely” to vote in the fall.

It may just be time for Washington’s clucking hens to start listening to the demographic that will decide the future direction of the country.

Bold @BoldTV
6 hours ago
Is CO2 Removal the Next Tech Frontier? - https://t.co/jXjN3Vd5zY
View on Twitter
0
0