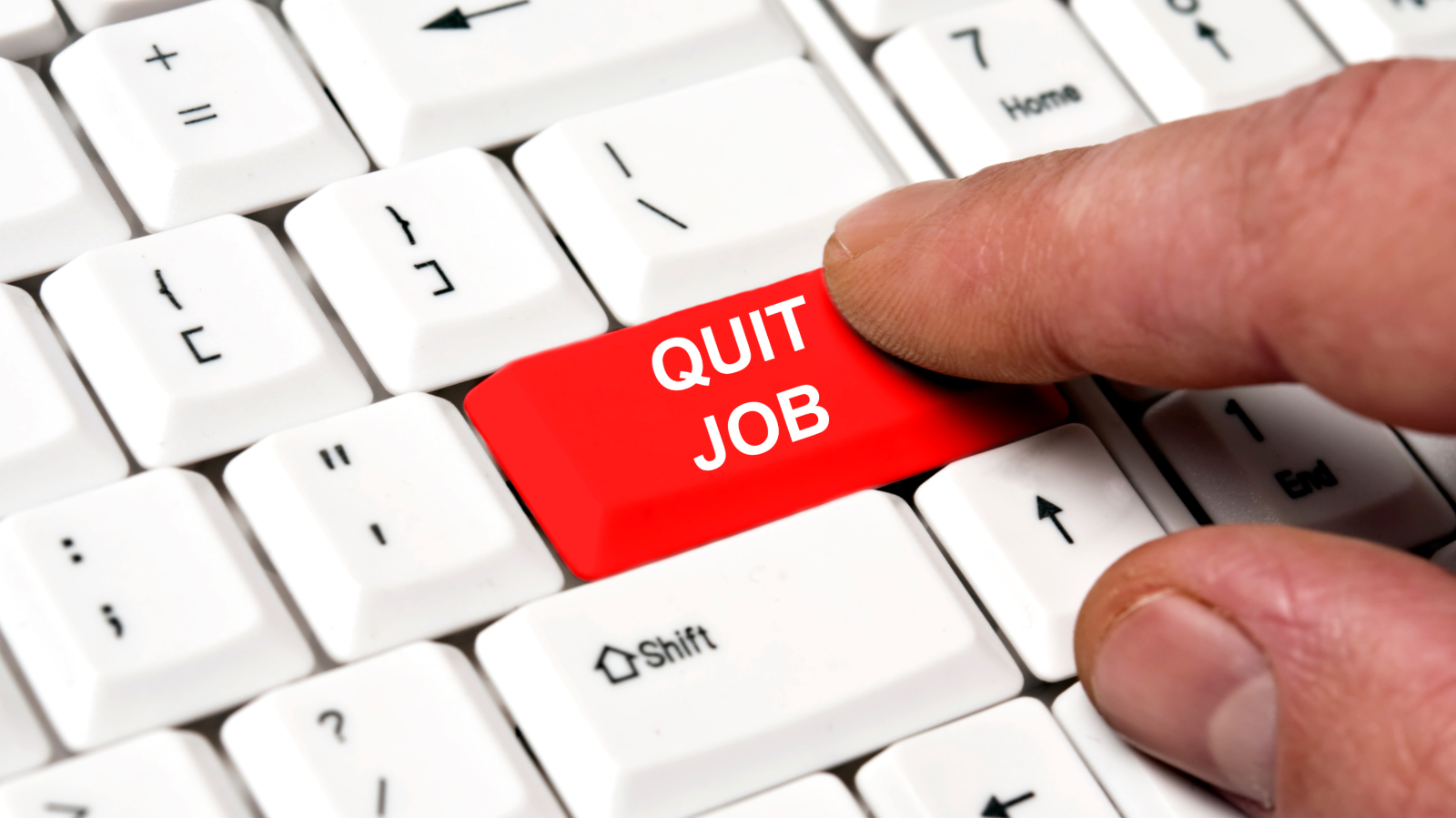 There are actually tons of reasons to stick it out at a job that you may not love — whether it’s to build your character or your resume. Oftentimes, fighting through the pain (especially if it’s a new job or one of very few on your CV) is the way to go. It is important to know that you are capable of handling a little bit of pain and/or displeasure for the sake of your future — especially if your job can take you places.

Reining in your desire for instant gratification is a good reason to stay in a position (at least, for a little bit longer), just as feeling a teensy bit bored might be one of the very poor reasons to quit a job and be hurled back into the fray of job applications. But, having said that, here are a few of the good ones; the reasons that any of us might reasonably say: “Oy, enough is enough!” (I just wanted to say ‘oy’).

Remember that kid in middle school who shoved everybody and told them to cough up their lunch money? (Or was that just a television thing? Or was that just a me thing?) Either way, that person existed, in one form or another, in everybody’s middle schools (and probably their high schools, too). And that miscreant didn’t just disappear into thin air like the wicked witch of the west after being doused with water (Wizard of Oz reference!). They, in fact, “grew up.” If you can call it growing up. Because chances are, they are just as nasty as ever, and now they have graduated from the school cafeteria to the workplace. People that put you down, especially a boss, easily engender a toxic workplace environment.

Before you throw a plate of spaghetti in their face (preferably in slow-motion) try talking to them. Maybe you can find some middle ground.

Even if you love what you do — and you would give three legs and an arm to do it — allowing people to undervalue your time and efforts creates a poor precedent. It will likely lead to a bit of low self-esteem on your part, too. Remember, the world is full of opportunities. You definitely don’t have to be tied down to a position if the take-home is abominably low.

Keep in mind that there are other perks to jobs that go beyond take-home. Things such as working remotely, the potential for mentoring and general guidance, good people and benefits (all of which can be negotiated for if a higher salary is not on the table).

A promotion is not happening

Sometimes, it is of great value to remain in a position simply because you’ve got a great imagination. Basically, it’s worth staying put because you can see better days on the horizon. At other times, the horizon looks painted, and when you look out your window you see it has been filled in with bricks.

If you feel that you have absolutely zero chance of a promotion or social mobility in your current position, then this may be a good reason to head for the exit. (Don’t try going through the brick wall. I’ve tried. It’s super packed in there).

Make sure you’re not the one holding yourself back. Be super-duper sure of this beforehand. Because, if it is you, a promotion will be no more likely at your next job than it is now. If you don’t put yourself out there and try taking on new responsibilities and try taking greater initiative, there is a good reason why you have yet to be promoted.

Not knowing people at your job or — more to the point — not being on good terms with anybody can be crazy depressing. If you feel like you are in a sea of strangers, then you might consider swimming to dry land and, from there, venturing back out to sea on a sturdier ship (did that metaphor “land” at all?)

Before leaving an unfriendly work environment, you should make sure that the environment is truly unfriendly. Just like with the promotion, you must really test your theory before throwing in the towel because of said theory. Are you sure that you are putting yourself out there enough? The new person at a job can often be involuntarily ostracized, and it’s on that new person to take steps to be extra-friendly to people in order to get the ball rolling.

Do you write about factory building hues for a living? Or are you tasked with finding needles in haystacks? Is your job to literally keep guard as paint dries? These would all be more than good reasons to hang up your hat, grab a marker, write “I quit” on that hung-up hat and then walk out the front door. (Forget about the hat. You’ll get a new one.) A stiffly boring job can be a serious drain on the ol’ mental health. And, as everybody knows, it is important to take care of yourself mentally and not just physically.

If it is possible, try taking on new duties or learning new skills. You might find that dissipates your boredom enough to make the job bearable again (assuming that it was, at one time, bearable). If you have been there a while, considering mentoring someone new. It could be fun!

But of course, the reason of all reasons to leave a job. Because you have, in fact, found a brand-spankin’ new one. And a better one, at that! Congratulations!

If you are, however, thinking about pursuing a new career, a completely new line of work or perhaps a pet passion that you want to take more seriously, then you need to make sure that you are … well … serious about your endeavor. You have to go all-in, jump right into the deep end, hit the ball out of the park and other clichès that mean not half-assing your upcoming endeavor. If you are going to half-ass it, then you will find that the venture will go poorly and you might not be able to get that job back that you quit. You should know for sure if your next move is really what you want to be doing.

In this article:bosses, quit, quitting, quitting a job