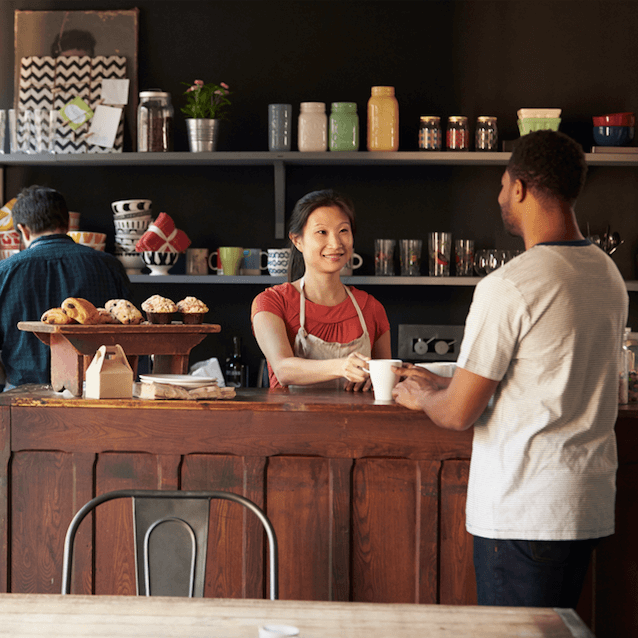 Social entrepreneurs knows that their specific niche requires answers to two different questions: Are you doing good? And are you doing well?

This isn’t a tricky grammar question: One asks if your enterprise is making a positive social impact. The other asks if you’re making a return on your investment—are you satisfying the investors who believed in your vision, but only to the extent that it could make them money? Are you able to pay your employees? Can you move your mission forward?

In some ways, doing good and doing well go hand-in-hand. But often, entrepreneurs with social aims focus too much on making a difference, and simply aren’t able to turn a profit. Let’s examine the question of whether entrepreneurs, from both a social and business standpoint, have a responsibility to be responsible.

Doing Good: The incoming workforce practically insists on it

Millennials are the largest generation ever, and like each generation before them, they have markedly different goals and values than their forebearers. For them, factors like purpose and shared values are huge selling points when considering taking a job (according to Deloitte’s annual Millennial Survey). They want businesses to look beyond the short-term and consider both their contributions to society and their relationship with their employees. They seek, in a word, humanity in their career.

Doing Good: There is evidence that social enterprises benefit society as a whole

It’s difficult to quantify the impact social entrepreneurship makes on society. There isn’t any real comprehensive data collection about social enterprise job creation, GDP contribution, or how their efforts stack up to other organizations with similar social goals.

A recent multi-year study released by the Roberts Enterprise Development Fund did find that employees of social enterprises were more likely to gain self-sufficiency and life stability after a year on a job. It also found that society in general gained $2.23 for every dollar spent by social enterprises, thanks to reductions in government transfer payments and increases in revenue.

The only loser in relation to when a social enterprise spends a dollar? The enterprise itself, which lost a few cents, though the report defines this as “almost breaking even.”

Doing Good: There is more awareness about the need for social responsibility than ever

Things are pretty good for humanity compared to other eras in history (the Black Plague, anyone?), especially if you live in Western civilization. But thanks the internet, we know more  than ever about what ails us and people around the world. We can’t as easily turn a blind eye to how our buying power and hunger for better and/or cheaper leads to cobalt mining (for the lithium in our cell phone batteries) in the Congo, the loss of American jobs to overseas competitors, the development and destruction of the Amazon rainforest and much more.

There is also more government support for social enterprises in the form of the creation of the low-profit limited liability company (L3C) designation (which helps the organization attract more investments from private investors and foundations), and greater recognition of the important work social enterprises do in the form of a “B-Corp” certification from nonprofit B-Lab, which has identified for-profit companies that meet rigorous social and environmental standards.

B-Lab champions business as a force for good, and the enterprises they certify are some of the best-known and important (not to mention marketable) in the sector, including Ben & Jerry’s, Patagonia, and Etsy. But there are fewer than 2,000 B-Corps. The rest must struggle with the question of how they can do well to go along with their good.

There’s a reason why the U.S. government has had to step in and create laws that allow for organizing labor, or overseeing how companies create cheaper, more delicious food products: Good business in the United States has often come at the expense of society, rather than uplifting it. Paying good wages, sourcing responsibly and philanthropy all cut into the bottom line, going back most notably to the Gilded Age.

The tides are changing here: For example, even Wal-Mart (hardly a bastion of good labor practices) recently realized that paying workers well results in better work. Multinational corporations are holding themselves to higher standards, like the Mars Company’s goal to remove all artificial flavors by 2020 (including the blue in M&Ms). And social enterprises like Tom’s, Warby Parker and Seventh Generation are household names on the strength of their products as much as for their responsible practices.

Doing Well: But for the rest of the socially driven enterprises …

As mentioned above, breaking even is about the best many social enterprises can hope for. At this point, there are still fewer resources for social entrepreneurs in the form of investments. There is also the issue of “social” taking on more importance to some than entrepreneurship, which leads to some unrealistic goals that may be supported by academia but not by business practices. And success takes time—something that social endeavors don’t have, or feel they have.

So do entrepreneurs have a responsibility to be responsible? At the moment, their success doesn’t depend on it, so frankly, no. That’s the difference between a for-profit social enterprise and a nonprofit or charity. But the era of responsible practices becoming the standard rather than the goal is approaching faster than you might think.

Bold @BoldTV
15 hours ago
Art in the Office – It Might Make You More Productive - https://t.co/NLOBxVpYRG
View on Twitter
2
2