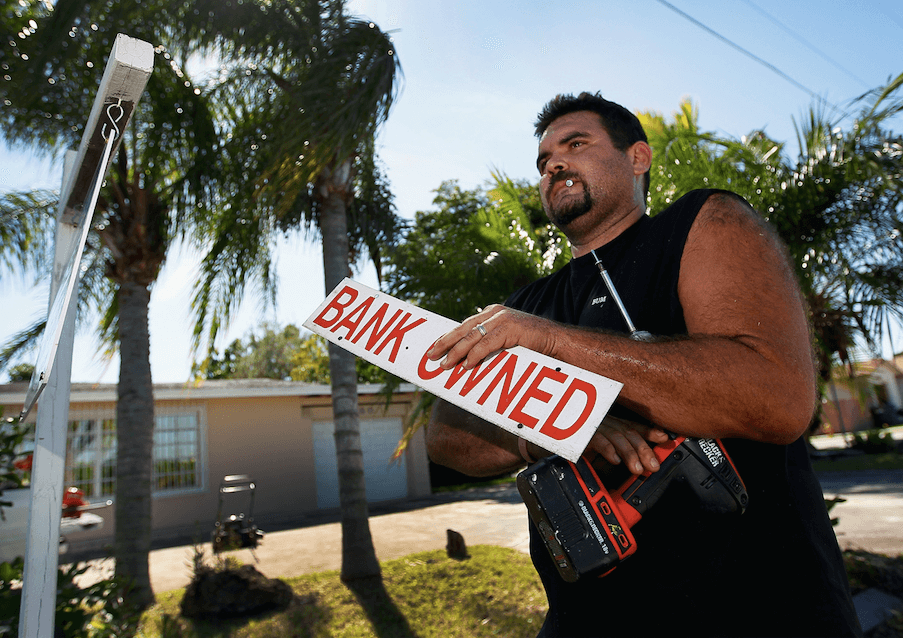 Our exploration of the formation of the modern economy continues with the causes of the Great Recession and how it impacted millennial careers.

After the dot-com crash that cost our drunk uncle a pretty penny, our rollercoaster economy spent the early years of the millennium clinking and clanking back up to the top of the track. But, it was the stomach-churning drop into the Great Recession that defined our generation’s entrance into the workforce.

Before discussing the dismal job prospects facing us in the new economic landscape, it’s only fitting we shed light on the economic hellscape deemed the Great Recession.

In the late ‘90s, when the United States’ economy was, for all intents and purposes, at its best, homebuilding and debt-financed consumer spending surged. Once the eight-month recession caused by the dot-com crash was over, home sales started to rapidly climb.

Not only could just about anyone get a loan, but the government, banks, and investors all around the world were pushing the “American dream” of owning a home to anyone and everyone. In fact, in 2003, President George W. Bush’s “aggressive housing agenda” included helping people with their down payments and closing costs, increasing the supply of affordable homes through tax credits, and simplifying the home-buying process altogether.

Dubya inspired the Department of Housing and Urban Development (HUD) to increase their “housing goals” for the next four years, prompting lax lending from banks making loans more appealing for consumers. Innovative banking practices allowed these loans to get repackaged by government sponsored enterprises Fannie Mae and Freddie Mac into “mortgage-backed securities” and then used as profitable investment vehicles for those very entities espousing the American dream; making this a win-win for everyone.

By 2004, close to 70 percent of households actually owned their home, and home values skyrocketed. To add perspective, between 2000 and 2007, median home values shot up from $165,100 to $262,600. The economy was roaring as homeowners used the accumulated equity from their homes to send kids to college, go on vacation, or buy another home.

Popping this bubble was out of the question. Life was good.

Approximately 80 percent of the home loans in 2006 were “adjustable-rate mortgages” in which the interest rate would change periodically according to movements in the economy, fluctuating the mortgage payments in kind. Much like the “Try me for 12 weeks!” product schemes that hit you with a fat bill when the trial ends, these home loans worked in a similar way. Also known as “subprime lending”, super-low, introductory interest rates, along with tax credits and other incentives, lured folks that otherwise wouldn’t have received these home loans to sign up and buy a house.

After a couple years, these introductory rates of the adjustable rate mortgages would reset by shooting back up in line with the hefty price tag, making the mortgage payments unaffordable for our over-confident aunts and uncles.

As people began to default on their mortgages, the mortgage-backed securities that were bundled up with these subprime loans plummeted in value. In turn, investors stopped purchasing these toxic securities leaving banks with no ability to raise cash by selling them. In addition, since people had used their home owner equity to finance so many other aspects of their lives, these mortgage defaults had a domino effect that brought the global financial system to a halt.

What’s so “Great” about this recession?

According to the National Bureau of Economic Research, a recession is defined as a decline in economic activity throughout the entire economy that lasts more than six months. The dire news often arrives when economists measure gross domestic product (GDP), income, employment, and other indicators, showing consistent declines in these areas.

Of course, the United States had been to the rodeo in the past. In fact, since the beginning of the 20th century, the country experienced 23 recessions!  However, the one in 2008 stood out amongst the rest.

Taking the gloves off

The Great Depression of the 1930s was the worst economic downturn U.S. history. This time around, as bad as it was, it could have been worse.

Although the recovery was (and arguably, still is) slow, the 2009 stimulus — which combined government spending and middle-class tax cuts — proved to be somewhat helpful in jumpstarting the economy. In addition to saving the big banks by purchasing the toxic assets and equity through the Troubled Asset Relief Program, the Obama administration estimated that every government dollar spent on food stamps, unemployment benefits, workshare programs and infrastructure projects generated upwards of $1.50 in economic activity.

The Fed also learned from its previous mistakes and increased the money supply by 125 percent compared to only 17 percent during the Great Depression. The Fed does this by purchasing securities, like government treasury bills, which lowers the interest rate and circulates more cash throughout the economy. Lowered interest rates incentivize businesses and individuals to borrow money and banks to lend more of it out into the economy.

Whether or not these actions will have unintended future consequences has been an open debate, though they definitely cushioned the fall of the financial implosion.

Although previous economic downturns have also been deemed “great” by economists and pundits of their times, this one was the “greatest” yet. As a result, Gen Y was welcomed into adulthood with a dismal economy, non-existent interest rates and frustrating wage stagnation for workers.

The labor force also experienced rapid structural and technical changes as it both dealt with dark economic times and faced new demands from the new economy’s factors of production. In the next installment, we’ll see just how much things have changed and how Gen Y is managing to change with them.

Bold @BoldTV
4 hours ago
Art in the Office – It Might Make You More Productive - https://t.co/NLOBxVpYRG
View on Twitter
2
1