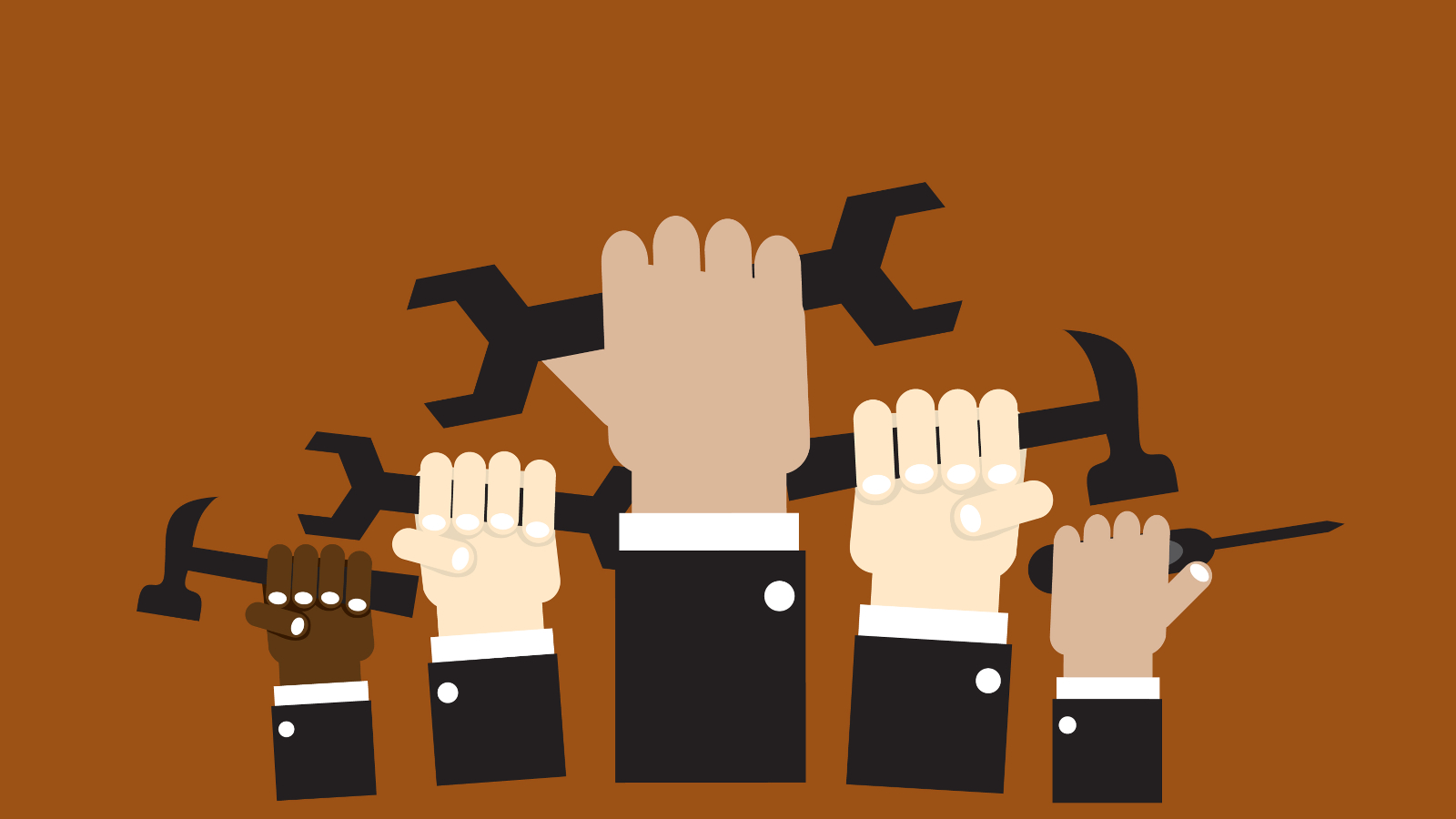 In case you didn’t know, unions have been around forever. They’ve been sticking it to The Man for over 200 years of American history. The first union whisperings began in 1786 when Philadelphia printers held the first successful strike to increase wages. Unions: 1, The Man: 0.

Don’t worry; this won’t turn into an AP U.S. History lesson. But it is important to note that while unions aren’t picketing the offices of Rockefellers, Carnegies and Fricks anymore, they are still used to support employees in just about every profession, from Pennsylvania coal miners to Hollywood screenwriters.

The appeal of joining a union lies in bargaining power. When employees band together to form a union, it allows them to demand fair wages, work hours, benefits, job training and workplace safety for the group, among other work-related issues. Basically, a union uses power in numbers to give the employees a voice when speaking with a large corporation.

If the abundance of “Made In China” labels tells us anything, it’s that the United States has definitely transitioned into a service economy. Gone are the days of the Industrial Revolution where everyone worked in a steel mill, textile factory or a mine.

According to Investopedia, these “old economy” industries have been replaced by smaller- and medium-sized companies in various fields outside of manufacturing. As a result, collective bargaining (a negotiation of some employment conditions by a union) has become more difficult because workers of a similar profession are spread out in many different companies.

And, while we’re on the subject of “revolutions,” don’t forget about the Technological Revolution – that’s right, we’re no longer running on steam power, people! Increases in technology mean that fewer workers are needed for certain low-skill jobs that would typically be unionized. For example, Mr. Bucket losing his job at the toothpaste factory in Charlie and the Chocolate Factory is a great instance of technology replacing workers. A moment of silence, please, for all toothpaste cap twisters who have lost their jobs to Willy Wonka’s booming sales.

Unions have made a huge impact on worker rights and wages since their early beginnings. Things we take for granted, like an eight-hour workday, are commonplace thanks to union workers of the past. However, in today’s age, there is some dispute over the effectiveness and usefulness of unions.

Modern union contracts can make it more difficult for a company to fire an unproductive employee, so nowadays, companies are much more selective with whom they hire. This increases the collective quality of the union workforce and makes the higher wages reasonable for the quality of work being done.

While we don’t have to worry about forming picket lines against child labor or 13+ hour workdays, unions such as the International Brotherhood of Electrical Workers, the National Education Association of the United States and even the NHL Players’ Association will continue to give workers a say in their working conditions. Will Amazon? We’ll see.