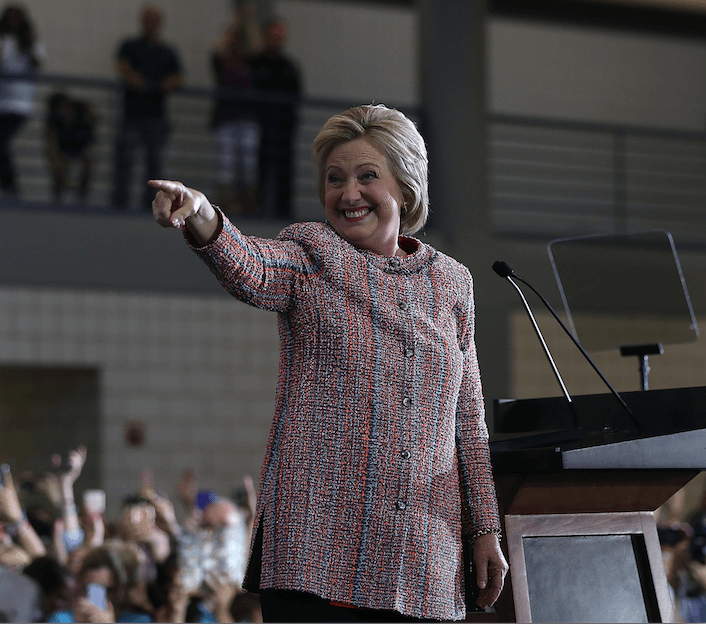 The Hillary Clinton EPA plan is to expand the agency’s powers and cement America’s role as a global leader in the battle to combat climate change.

Unlike many right-leaning politicians who see environmental regulations imposed by the government as bad for business and not good for much, Clinton thinks that the United States government has a responsibility to lead the charge slowing the roll of climate change, both abroad and here at home.

Thus, she thinks the Environmental Protection Agency (EPA) – a government agency that develops and enforces environmental regulations – should have a beefy arm.

All about the Clean Power Plan

In 2015, President Barack Obama announced the Clean Power Plan. This plan set greenhouse gas emission standards for both new and old power plants, and ultimately encouraged states to shift to cleaner sources of energy than coal (including natural gas, the cleanliness of which some environmentalists question). Power plants generate about one-third of emissions in the country, making them a pretty attractive target for regulation among the climate-concerned.

It’s the EPA’s job to enforce the new standards set out by the Clean Power Plan – or at least it was until a lawsuit was brought against the plan. The Supreme Court issued a stay on the new standards, meaning the EPA can’t enforce them. As the lawsuit suggests, not everyone thinks the EPA should have the authority to push states toward renewable energy sources and away from fossil fuels.

The case went to the D.C. Circuit court in late September, but we might not see a ruling until the beginning of 2017. We can expect it to go back to the Supreme Court for a final ruling thereafter. This brings us to Clinton. Her climate change agenda features a shout-out to the Clean Power Plan, so we could expect that, as president, she’d probably propose someone for the Supreme Court that would be supportive of the regulations.

Clinton also wants to expand on emission standards for vehicles and appliances. The EPA would be in charge of developing and enforcing those as well.

The EPA uses a “Superfund” to fund clean-ups of locations around the country that have been contaminated by hazardous waste. Clinton stated that the fund isn’t big enough to effectively tackle all the sites that need revamping. She wants to better enable the agency to clean up problem sites by getting more money into that fund, as well as put the pressure on polluters to pay for any part they had in dirtying up the locations.

Not an infallible institution

While she’s certainly down with the existence of the agency, Clinton has been critical of the EPA – not because she thinks it overregulates, like Republican challenger Donald Trump does, but because, in some cases, it doesn’t go far enough in her view.

The EPA was turned on to the fact that the water in Flint, Michigan was contaminated with lead a while before it made the info available to the public, which therefore continued drinking the swill. Those in the know chose to rely on a state-based agency to resolve the issue quickly and quietly.

This was not a very popular decision, and Clinton was vocal in her opposition to it. She said during a primary debate that an investigation of the EPA should be launched, and that those within the agency who knew something and didn’t say something should be fired.

Clinton wants a beefy EPA: one that creates and enforces new regulations to work toward renewable energy, that has the resources it needs to perform its duties and that is held accountable when it falls short of them.