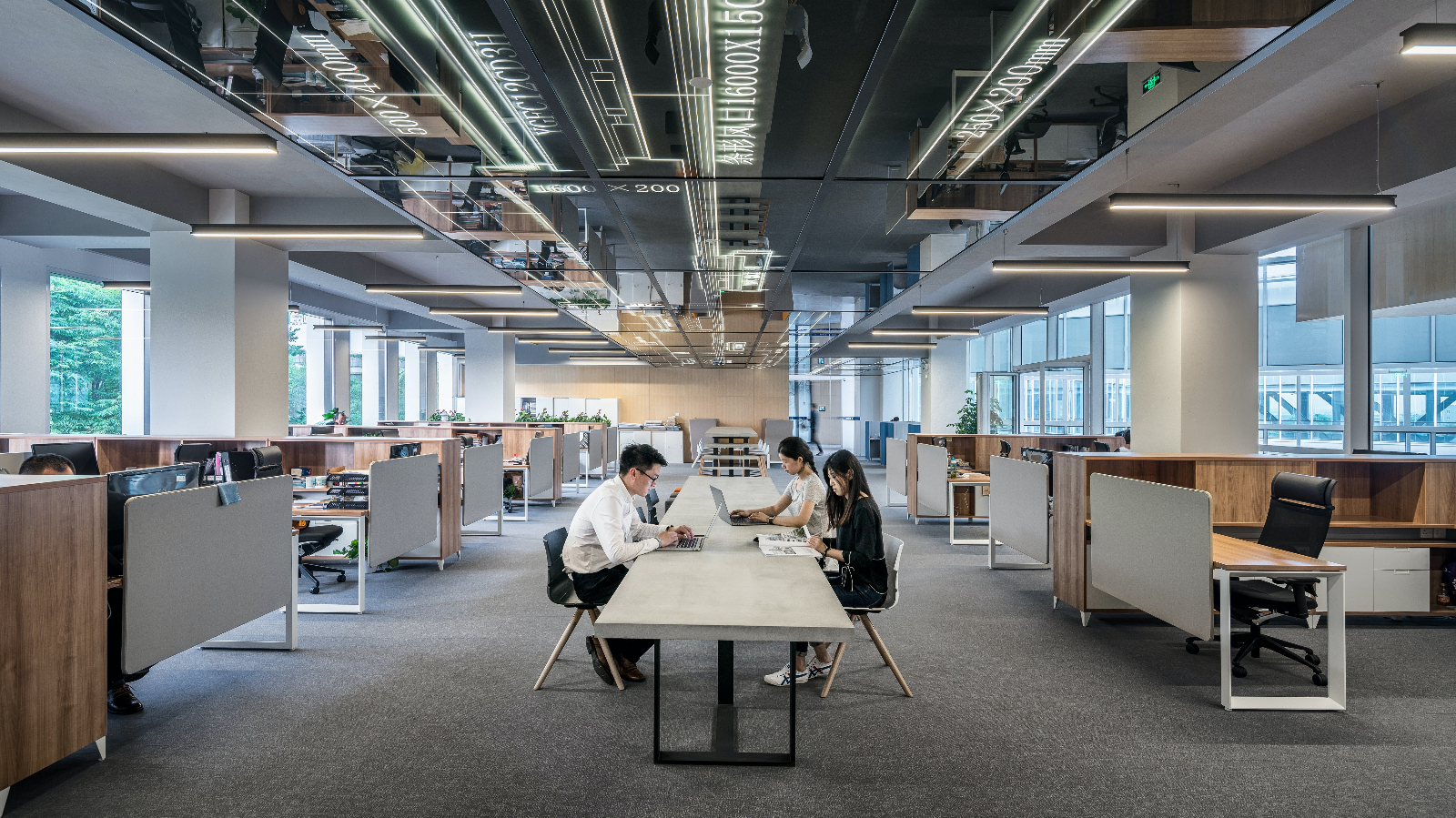 Photo by LYCS Architecture on Unsplash

In every time, and in every era, there have been major differences from the one that came before, and from the one that would follow. And, owing to the more than half-century that stands between us and the 1950s, it is reasonable to assume that there have been a lot of changes in looks, behaviors, attitudes and even in the structure of the workplace. Well, you would definitely be correct to assume this.

One of the first things that has gone out of the window in modern times has been the corner-office fascination. Back in “the day,” it was all the rage to get the corner office position. It conveyed respect, prestige, and, most likely, a major pay increase and promotion. On the other hand, the cubicles were meant to improve workplace productivity and morale (somehow — something about greater privacy), but, as we all know, they came to symbolize the opposite: Workplace misery and boredom. Hence the major upheaval in layout, what with the new open-office design that has some problems of its own, such as distractions abounding in them.

Office looks aren’t the only thing that has changed. Interpersonal dynamics have received a major makeover as well. Workplace hierarchizing has gone the way of Ol’ Yeller, in favor of a teamwork approach that endeavors to de-emphasize workplace titles, and emphasize egalitarianism and everybody being on an equal footing (even when they are not). Another major change has been that workplace sexual harassment, which has gone from being a pervasive and accepted practice to a pervasive but somewhat less accepted practice. (It’s a start?) Here is what else has changed.

Open office, with a twist

In the years that directly followed WWII, there was sort of a take on our modern open-office layout, only oppressive-style: It was the time of the packed-in-like-sardines theory of office productivity. Although it was an open workplace, literally speaking, rows and rows of identical desks in a tight row doesn’t exactly scream comfort. It was all meant to foster productivity by ensuring visibility at all times. All it was truly good for was keeping people anxious, though. And yet, of course, the executives had their own offices, with doors and bathrooms!

Smoking and drinking were totally acceptable at the office. Because, you know, people are most productive when wasted and when they have to find their work through clouds of thick smoke.

Although it wasn’t a totally egalitarian smoking situation. Employers tended to be allowed to smoke, but, for both employees and outsiders, they tended to have to ask permission if there was a boss around or just to be safe. Despite this trend, the 1960s saw the emergence of a stronger influence of the American Cancer Society and a fear of smoking.

For women, the 1950s were a tough time. Women, who had filled positions while men were off at war, now faced veterans returning and expecting their jobs back. Of course, women were forced out of their long-held jobs in service of a traditionally male-dominated workforce. Despite this, and despite the stigma and the sharp disapproval of much of the populace, mothers started to join the workforce during the 1960s. They were often seen as doing their children a disservice for this decision. Thanks to the boom in clerical and service roles, these mothers were able to find work without too much education.

Actually, the workforce participation of American women ages 25 to 45 would ultimately swing from 15 to 71 percent between 1890 and 1985, according to The Atlantic. This included African-American women, too. Despite their success in closing the income gap by a third, surveys from the time still indicated that people “expressed a strong disinclination to work for women bosses,” according to “No Seat at the Table” by Douglas M. Branson. Additionally, when women found success at the office, they were often thought to be in danger of becoming ornery or dictatorial at home, as if women couldn’t separate work and home lives as well as men could. While discrimination based on sex was illegalized in 1964 by the Civil Rights Act, it was more ornamental than anything. Meanwhile, the term “sexual harassment” wasn’t coined until a full decade later.

Although home computers weren’t fully incorporated until the early 1990s, well before that, the office had co-opted the technological novelty as an integral part of their workplace. In fact, as early as the 1950s, many workers were already relying on the first computers for their data-entry positions. Their popularity only increased in the 1960s. And, well, I suppose you know how popular they became up into circa 2018.

In the 1970s, the economy received a boom. This boom resulted in major workplace insecurity in many sectors of the workplace. During this time, the workplace became inundated with new fashion preferences and more eccentric choices than used to be acceptable. Gone was the time, in the 1950s, when suits and a fedora were the only acceptable outfit at work. Now, tweed blazers and loafers, as an example, were beginning to be acceptable work attire as well. This, of course, led to a bit of a clash between those who stuck to the old styles, and those who embraced the new ones. In the 1970s, smoking also took a hit, and workplaces around the country began to ban the habit from their offices —- and some banned them from the premises entirely.

In the 1980s, work culture became a topic of much discussion, as it is today. And many companies actively sought out ways to impact and increase company success through workplace structural changes. According to a 1996 paper by Iowa State University’s Taysir M. Khatib, “organizational culture became a hot topic for research in the 1980s [because of] the notion that culture has a powerful impact on the organization’s outcomes…” As already mentioned, these trends and interests were more about corporate output and success than the happiness of the employees, and The Washington Post notes that the 1980s and early 1990s were times of “corporate raiders, [and] massive layoffs…” Despite its low popularity, cubicle sizes shrunk between 25 and 30 percent from the mid-1980s up until mid-1990s, according to The Washington Post. And by 1997, a Steelcase survey found that “93 percent of participants who worked in cubicles wanted to switch workspaces.”

Today, the cubicle has been overthrown, and, in a cyclical manner, the open style has become refreshed and given new life. Instead of being crammed in like sardines like in the 1950s, however, companies are spacing out their workplace stations so that people have, what amounts to, their own open-air offices. But in these new spaces, just as imperfect as other past structural machinations, distractions are the problem. Although communication is better with such designs, it can often come at the cost of individual output and productivity. On another note, while much has changed, the #MeToo movement has highlighted some areas where not enough has changed, in fact. Predatory behavior in the workplace is still very much alive and well. As for overall office culture, the hierarchical differences are night and day, and bosses no longer want to make their power known. Well, at least not too obviously if they can help it.

A lot has changed since the 1950s, some things not so much, and others, like the return of the open-space layout, have experienced a reawakening as well as a reimagining. But, for all our advances, much work still needs to be done before we realize the best way to energize a company, keep employees happy, and avoid sacrificing workplace productivity.

In this article:a history, Education, history of the office, office design, office layout, the office, times have changed, Workplace