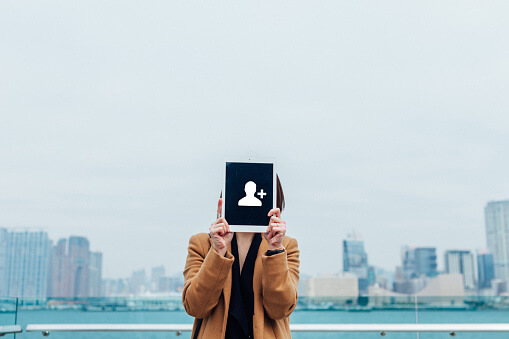 Could this be the future of advertising?

Ever heard of millennial influencers? If you’ve ever gone on Instagram you’ve no doubt come into contact with one or two of em. After all, the chances that you have seen an advertisement for FitTea are very high. Scroll a little more, and you’re bound to see an advertisement for Fashionnova. The people advertising are known as “influencers,” and they dominate Instagram. If you are a millennial, you have an advantage over every other generation. Influencers have an ability that everyone has — they are immediately connected to the world in a way never before seen due to the internet. However, it is their influence and amount of followers that give them the coveted title of influencers and earn them big bucks when slyly advertising a product. Is this the new face of millennial entrepreneurship?

Despite unique financial opportunities available to the millennial generation, many people are unsure about how to make a penny outside of their jobs. What’s more, there is an inclination to dislike “Instagram-famous” people. They certainly are not taken seriously as celebrities. This is due to the fact that most people still don’t think of these positions as real jobs. But the money they rake in is real money. What the haters out there don’t know is how lucrative social media fame can be for almost anyone. Let’s look at Instagram, where an average sponsorship costs $300. For bigger stars, earnings can fly into the stratosphere. Kim Kardashian clocks in at $158,000 to $264,000 per post. However, numbers like this are expected with her amount of star-power. What’s more intriguing is when you realize how much smaller status accounts can make.

Influencers with more than 100,000 followers can make upward of $800 per post. On the flip side, those with less than 1,000 followers probably won’t make $100 per post. Those with 100,000 followers can look forward to roughly $200 per post, while those with 1 million followers can pocket a few grand. Again, this is per post — many influencers post many brands in a given post, from clothing brands, to protein supplements, to restaurants they visit. The number has a parabolic trend, going up to accounts with 1 million followers, who are making tens of thousands per post. It’s something that anyone can cash in on as long as they have the right number of followers, a metric known as social engagement — how many people are actually commenting on your post or liking your pictures? The more that these factors go up, the more money can be made. Even the “cash me outside” girl is making $18,000-$30,000 a post. How bout dat?

Influencers work by tapping into their own demographics, whether it’s college students, women, people in fashion, world travelers, men in sports, or anything in between. Advertisers know that the face of advertising has changed and is changing constantly — few people watch TV commercials anymore. But people, specifically impressionable young adults, are on YouTube and Instagram constantly. And, just like clockwork, that’s where the advertisers are putting most of their eggs currently. Top YouTubers can expect to generate thousands from advertisements. Ads on YouTube, however, are a little more sly. Products aren’t overtly advertised; nobody is shouting 877-CASH-NOW from your screen these days. Those methods are antiquated and highly transparent. Rather, influencers on YouTube can advertise products they already use, or plug certain restaurants that they were actually paid to visit. Advertisers see these influencers as people consumers can trust. They have built a loyal fan base because people genuinely like them and look up to them in one way or another.

As of yet, there is no immutable framework that details the best method for becoming a millennial influencer. However, if you are a millennial and have a social media account, you may want to start looking at your social media profile as a way of potentially raking in some extra cash. Invest in a camera, bump up your number of followers and open a Shopify account, where drop shipping can earn you hundreds of dollars. Consider starting a YouTube account and using your influence to generate revenue. You never know how much money it can bring you.

Bold @BoldTV
44 minutes ago
Do You Know the History Behind Juneteenth? - https://t.co/fy4Ucnf4rq
View on Twitter
0
0