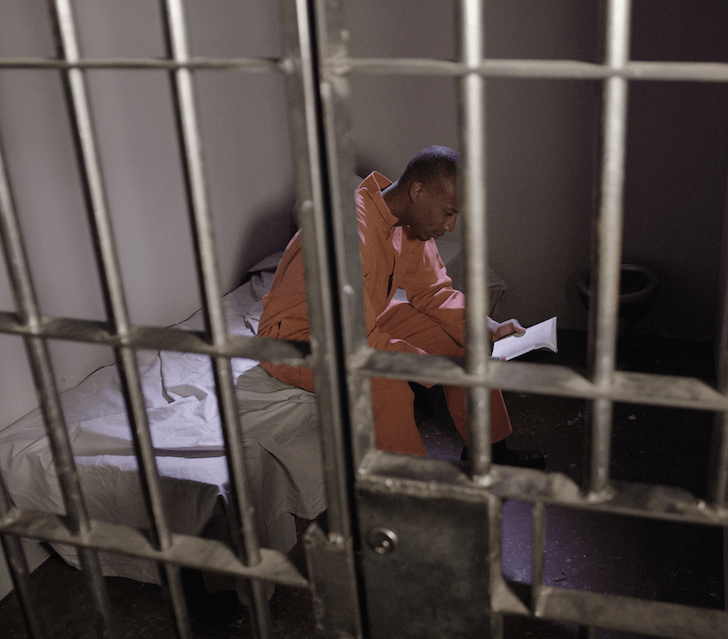 The pervasiveness of inmate illiteracy sheds light on the paths to incarceration and post-release difficulties for American prisoners. Educational reform of the criminal justice system will have to specifically address the literacy gap in order to make headway on our mass incarceration problem.

What we mean by “Literacy”

Literacy does not simply mean being able to read.

Literacy’s full definition is “using printed and written information to function in society, to achieve one’s goals, and to develop one’s knowledge and potential,” according to the National Assessment of Adult Literacy. So, literacy really means having the knowledge and understanding of basic skills in order to be able to interact with others and hold professional positions.

By the numbers: Illiteracy among inmates

The most recent survey of inmate literacy was released just last week by the Program for the International Assessment of Adult Competencies, partnered with the U.S. Department of Education. The survey tested 1,500 inmates from 98 different prisons on four basic sections: literacy, reading components, numeracy and problem solving in technology-rich environments.

Overall, the results, utilizing scores over five separate literacy levels, showed a distinct difference between inmate scores and scores of the general public. In literacy, 29 percent of inmates scored under level 2, compared to 19 percent of the general public. Among everyone who scored below level 2, inmates still scored noticeably worse than members of the public who were under level 2.

In numeracy, the differences are even more significant: 52 percent of inmates scored below level 2, while 29 percent of the general public scored under that level. Again, inmates scored lower than members of the public who were under level 2.

How illiteracy leads to incarceration

People generally learn basic literacy skills in early schooling. But if school inadequately teaches children these skills, or children are unable to learn these skills due to learning disabilities, it becomes harder for them to advance through their education.

Not advancing through education often means difficulties in school that lead to suspensions, expulsions and dropouts. These, in turn, often lead to interacting with the juvenile justice system at a young age; studies estimate that 85 percent of juvenile offenders struggle with literacy.

Even for those who make it through education or fail to make it through but do not interact with the criminal system as kids, illiteracy can still be a huge problem. It is extremely difficult to obtain professional positions with literacy deficiencies, especially if illiteracy prevented someone from finishing school, which increases their chances of being unemployed by at least twice as much. Of course, those who struggle with illiteracy generally receive lower-quality jobs with less income.

All of these factors increase chances of being incarcerated.

What lacking literacy means after incarceration

Access to educational and professional opportunities after being released from prison is absolutely crucial to reintegrating former convicts into society.

While this is already difficult for them for myriad reasons, illiteracy can make things even harder. Without necessary communicative and practical skills, former prisoners will face many difficulties finding jobs and maintaining successful lives. Almost half of adults at level one literacy skills live in poverty, compared to just four percent of those at level two.

Prisoners are lacking in educational experience, and literacy skills are a big part of that. Struggling with literacy early on can cause children to drop out of school and interact with the criminal justice system early. And after incarceration, illiteracy can have even more of an impact on former convicts lives.

So, literacy skills will need to be a primary focus of educational reform of the system in order to both prevent illiteracy from sending kids to the juvenile justice system, and help those already in the system transition out into successful lives.