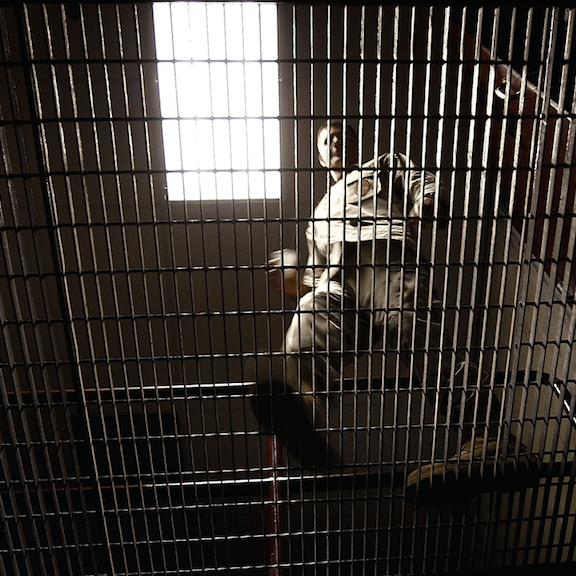 Prisoners in the San Bernardino County Jail are suing the county over the prison’s failure to provide basic medical and mental care to inmates – adding another lawsuit to the county’s long history of legal trouble over unchecked prisoner abuse.

And, in 2014, 14 inmates sued over being tortured, deprived of sleep and sodomized during their stay at the West Valley Detention Center in San Bernardino.

San Bernardino stands on a long list of prisons and jails that have let their guards severely abuse inmates with few consequences.

Though there are so many correctional institutions in this country that do take proper care of inmates, the ones that do not have deeply disturbing track records with officials ignoring the problems.

Physical torture of inmates and sexual abuse regularly occur behind bars and away from the public eye.

A former military medic, Paul Schlosser, was in prison receiving treatment for both bipolar disorder and depression. He was held in solitary confinement and began to cut himself – a disturbingly common response to isolation. When he pulled off his bandages and refused treatment, a group of guards strapped him to a chair, pepper sprayed him and put a spit guard against his face so that the pepper spray was trapped against his face. The video of the disturbing incident can be found here.

This tactic has been used in other prisons with deadly consequences. Nick Christie died in 2006 after being pepper sprayed twelve times and sitting naked in a chair with a spit guard over his face. Inhaling the chemicals through the hood cost his life. In 2006, Maricopa County discontinued the use of restraint chairs after three wrongful death lawsuits. And, Jesse Williams died two days after being pepper sprayed with a hood on his face as well as beaten by officers.

None of the officers, sheriffs or guards involved in the incidents mentioned faced charges of any kind.

A 2011 report from the Justice Department revealed that nearly half of all sexual assault accusations reported in U.S. correctional facilities are aimed at prison guards or staff.

To make things worse, some prisons don’t even take complaints to police, so they cannot be substantiated. Those that do make it to police are often not proven. But, sexual assault against inmates does happen, as proven by the cases that do make it through the criminal justice system.

Former prison guard Anthony Townes is currently serving 16 years in prison after pleading guilty in 2009 to raping three women inmates in Albuquerque prisons. Shawn Shaw, a former Essex County guard, faces life in prison after he was convicted of rape earlier this month, a crime he tried to conceal. Corrections officer James Ford Jr. was finally found guilty of rape after assaulting five different inmates. He only faced consequences when one of them became pregnant. Worse, the prison had done nothing about the assaults despite knowing they had occurred.

Earlier this month, 13 jail officials in Maricopa County who were accused of sexually assaulting inmates entered plea deals and received no jail time.

What is being done about this?

There are several legal organizations that fight for the constitutional rights of prisoners.

The Prison Law Office is the legal organization that filed the most recent San Bernardino lawsuit. They fight against prison conditions, excessive force, medical and mental care for inmates, overcrowding and more.

The American Civil Liberties Union also fights for the rights of inmates. They are working against the issue of mass incarceration and regularly file lawsuits regarding prisoner abuse.

They are currently working on a lawsuit against East Mississippi Correctional Facility over unconstitutional prison conditions.

According to the ACLU, prisoners at EMCF are underfed and held in rat-infested cells without working toilets or lights. The prison is dangerously understaffed and prisoners often have to set fires to get officers to respond to emergencies.

Without enough staff, prisoners are completely vulnerable to regular rapes, beatings and stabbings. Some of this violence is inflicted on prisoners by the security staff themselves. On top of this, medical and mental care are grossly inadequate.

What else can be done?

The Prison Law Office and the ACLU take donations to help fight the cause. Anyone can help support these legal battles by donating.

But ultimately, our prison system needs more oversight and more accountability. This could be achieved through a combination of several strategies: improving the quality of prison staff, opening up communication between prisoners and outside law enforcement, establishing committees to oversee prison activity and providing body cameras to corrections officers.

Florida legislators are working on creating a commission to oversee prisons after years of abuse and neglect of prisoners leading to suspicious inmate deaths. A journalistic investigation found that inadequate health care and education were at the root of the issue, as well as the fact that Florida prison guards are paid less than those in the rest of the country, leading many to quit for higher-paying jobs and leaving the lesser-qualified to remain. So, a big piece of changing the system will be investing more in the quality of corrections officers.

Another huge part of the puzzle is establishing a system for prisoners to communicate issues to law enforcement. In 1996, the Prison Litigation Reform Act was passed to reduce the number of frivolous lawsuits filed by inmates, and effectively made it more difficult for prisoners to file lawsuits. This has caused most of the lawsuits that prisoners are able to file to be thrown out. This act needs to be repealed or reformed in order to encourage more inmates to come forward when they have been abused by prison staff.

In 2009, legislation was introduced to repeal parts of the Prison Litigation Reform Act as well as fight abuse of prisoners, but it failed to pass through congress.

This has been the common theme with prison reform – it is rare for bills to be created, and when they are, they are unable to pass through both parties in state and federal governments.

But, even if we do increase the quality of our prison guards and open up pathways for inmates to report abuse, we still won’t really know what is going on inside of our prisons when corrections management, such as Florida Department of Corrections Secretary Julie Jones, exaggerate improvement or downright cover up the truth. So, our best options are to create more commissions to oversee and investigate prison activity, and provide body camera technology to corrections officers to ensure accountability.

San Francisco just outfitted its jail guards with body cameras last year amid an FBI investigation that four guards pitted inmates against each other to fight gladiator style and bet on the results. Santa Clara county followed suit six months later after an inmate died from a severe beating.

Other jails and prisons across the country must follow in their footsteps when faced with severe allegations of abuse. Prison management cannot continue to let inmates be abused while those responsible face no consequences.

Prisoner abuse is horrendous, but the worst part is that most of the public is unaware that it occurs.

We need massive reform of the prison system to stop the cycle of abuse. We need to hold the individuals accountable for their actions against inmates, and we need a system to ensure that prisons hold their own guards responsible.

But, above all, we need the public to pay attention and stop letting this broken system get away with the torture, sexual abuse and mistreatment of those whose lives it is responsible for. It is far past time to demand prison reform from our politicians.