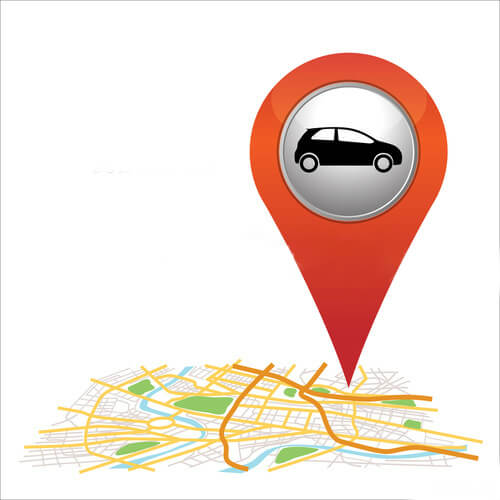 When people talk about self-driving cars, much of the conversation is centered around essential navigational tools such as radar, high-resolution cameras, AI that can distinguish different types of obstacles and li-dar, a laser-based form of radar, but there’s one vital component that all self-driving vehicles need that often gets overlooked in the conversation — high-resolution road maps.

Why use such detailed maps? Isn’t GPS good enough?

GPS satellite imaging is not accurate enough for self-driving cars — 3-D fully rendered and tagged high-definition digital maps are crucial for safe navigation. Up until now, individual carmakers have had to produce and tag their own maps, but one fresh new startup is disrupting the status quo in a major way.

The burden of mapmaking

Andrew Kouri and Erik Reed are the ex-Tesla engineers who co-founded the new tech startup called Lvl5, a company devoted to producing the extremely accurate and detailed road maps that self-driving cars need in order to function effectively.

During their time at Tesla, Kouri and Reed were astonished at the lack of serviceable maps for the cars. “It came as a shock to me when I was at Tesla that Tesla couldn’t find anyone to buy these maps from because no one really makes them yet,” Kouri said in an interview.

Tesla alleviated the problem by devoting a large section of the company and a large number of workers to producing these maps, manually tagging important items such as stop signs, trees and highway on-ramps. They also used the front-facing cameras on Tesla models already on the road to take short video clips of the terrain while driving to create more 3-D maps for workers to sort and tag.

As you can imagine, it’s a hassle for companies — especially companies that are not focused on cartography — to manufacture maps with the level of detail necessary for self-driving cars that cover the huge swaths of land that our highways cross, and to continuously update these maps to keep up with changing road conditions.

Taking the burden off the manufacturers

Lvl5 intends to streamline the process by taking the burden of mapmaking off the car manufacturers.The company debuted this spring at the 2017 Y Combinator, an accelerator program for startups, and it is devoted solely to making the labor-intensive 3-D maps that self-driving car companies need and sell them to the car manufacturers.

With $2 million in seed funding, Lvl5 is using crowdsourced data to make its maps. Its goal is to eventually have high-definition maps of every route in the U.S., and then sell those maps directly to car companies, so that the manufacturers can focus their time and resources on what they do best: manufacturing.

Maps as a safety feature

Everybody has had an experience with an unreliable GPS. Either the satellites triangulate your location to the wrong place, or it’ll try to make you go down an impassable road, or terrain such as mountains and valleys or distance from the nearest city will cause your signal to drop at a crucial moment. Self-driving cars can use a combination of maps and cameras to orient your location according to landmarks even when GPS fails.

Also, sometimes cameras fail to recognize obstacles if the car’s AI thinks they look too much like road features or scenery. In 2016, a Florida man died when his 2015 Model-S Tesla crashed into a white semi-truck on the highway while on autopilot. It was determined that the car’s AI and cameras were functioning properly, but that the cameras had trouble distinguishing the white truck from the cloudy sky, and that the car might have mistaken the truck for an overpass.

If the car had been equipped with a fully fleshed-out 3-D map, the computer could have cross-referenced the location, seen that there was no overpass and stopped before the collision would have happened.

When new industries and technologies are invented, unanticipated needs arise. The automobile made gas stations a global business. Cross-country railroads brought about the standardization of time. Self-driving cars are here, and they’ve created a need for hyper-detailed 3-D road maps. Each new technology brings with it a series of sub-niches important for the survival of the industry as a whole. Lvl5 is another example of a company rising up to fill a new and exciting niche created by our modern technology.