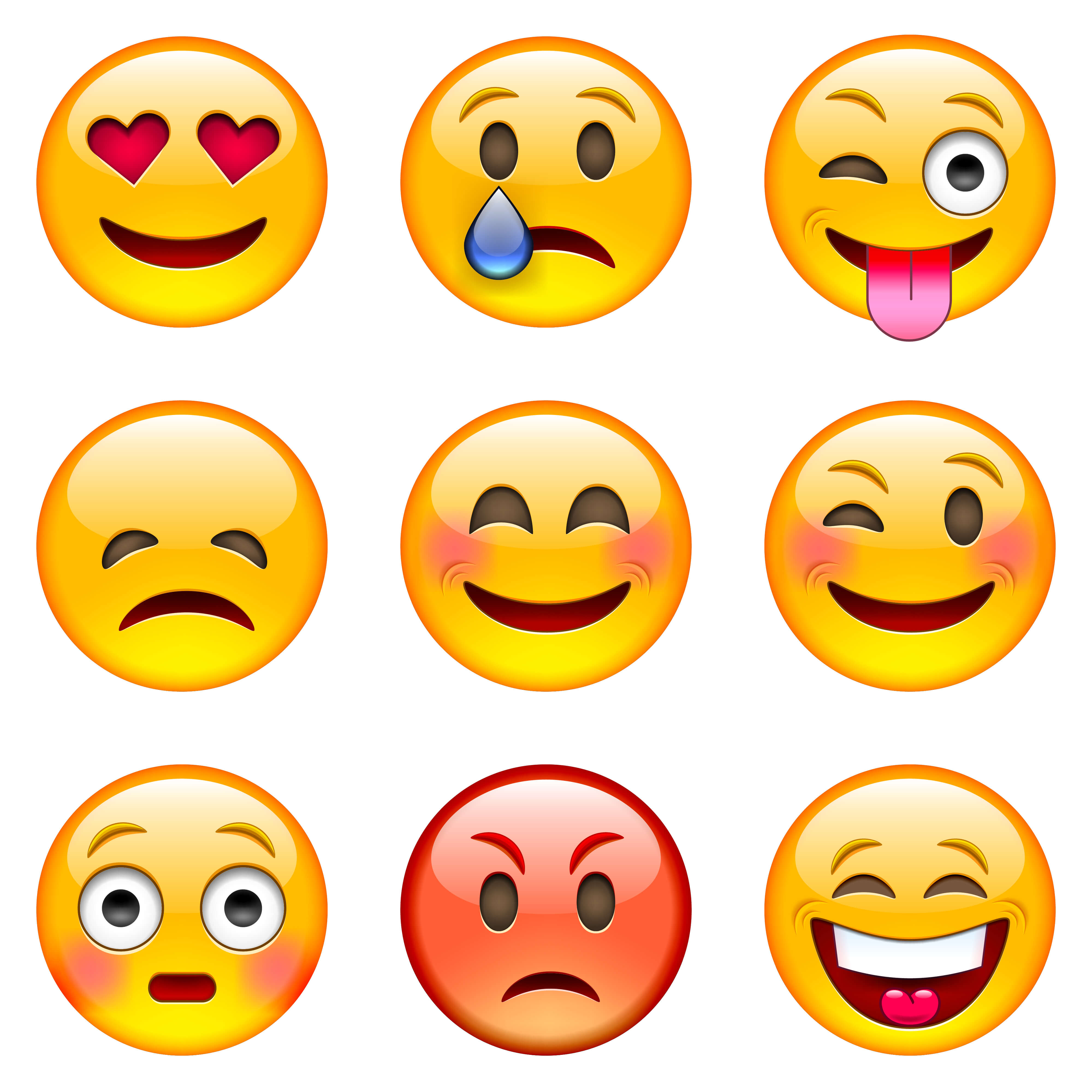 Emojis, those cute little digital images, hit the big time in 2011 when Apple made them standard on iOS 5, allowing them to be sent and received across multiple operating systems and platforms. Millennials, who grew up using digital communications methods, have taken to emojis like a house on fire, and businesses have paid attention.

A long, long time ago, in a far away place there were “emoticons,” those inventive little visuals created by using characters on the keyboard. You remember those :-). As they became more and more ubiquitous, companies in Japan recognized that people wanted to insert emotion in to their digital communication because without face-to-face communication, the subtlety of emotions were often lost. Creative as they were, there were limits to what emoticons could do, so Japanese companies went to work to give users more options to convey even more emotions in their digital communications. In 1999, Shigetaka Kurita, who worked for a mobile phone company called NTT DoCoMo, invented the emoji: “picture” (e) and “character” (moji) = emoji 😊. Emojis, which are real pictures instead of typographics, now include more than 2,823 images.

It is well recognized that millennials are the first digital generation and have far fewer face-to-face or phone-to-ear communications than any generation before them. Yet, it remains a fact that much human communication depends on non-verbal cues, such as gestures, body language or tone of voice. While millennials use text to communicate, they also believe that using emojis allows them to communicate their feelings and to express emotions better than text alone. Twice the number of millennials feel that emojis help them to communicate than do the people over the age of 65 who even use emojis. Emojis help keep digital conversations emotional by supplementing those little pictures for the lack of nonverbal cues. According to a recent survey, 53 percent of millennials think mixing emojis with text helps people better understand each other.

Businesses jumped on board

Emojis also have become an important way for businesses to reach the millennial demographic, which possesses more than $200 billion in annual spending power. For example, major brands use emojis in their email subject line to catch the eye of consumers while using a fewer number of characters to boot. In social media, hashtags using emojis promote brand awareness. Domino’s took emojis to a new level by allowing customers to place orders simply by texting a pizza emoji. McDonald’s used a series of common emojis in one of their ad campaigns to show customers visiting a franchise by foot or car and leaving with a smile. Chevrolet did a press release using only emojis using the hashtag #CHEVYGOESEMOJI. Even candidates running for political office have used emojis to get their message out to millennials.

Millennials love emojis and companies love millennial consumers. But did you know that anyone can submit a proposal for an emoji character? All you have to do is to go to the surprisingly uninspired web page for the Unicode Standard, the computing industry meant to ensure the consistent handling and encoding of text globally, and follow the long, explicit directions on emoji submissions (http://unicode.org/emoji/proposals.html). If your idea is approved, voila, your own emoji character may appear on keyboards across the globe. And if it does, think of what it could do for your business or your brand.

In this article:digital, emojis, Millennials