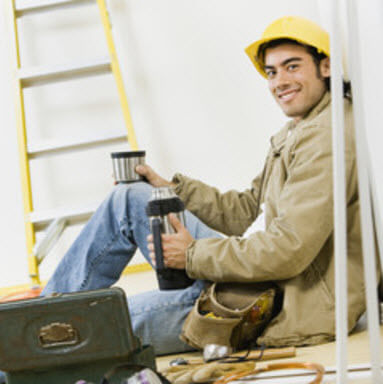 You know the (rather new, generationally speaking) adage — you go to college, graduate and get a good-paying job. “Good-paying” is relative, of course; what it signifies is pay in comparison to those who don’t attend college. Anyone who opts out is immediately relegated to an inferior rank in society and within their own demographic. At the very least, their reputation takes a hit. They are sneered at, deemed “unsuccessful,” and miss out on a defining time in their lives; the quintessential “college experience” spoken about in cult classics such as American Pie, or even better, American Pie 2. However, these outliers can contribute to the largely neglected backbone of American industry— trades jobs.

There are an estimated 30 million jobs in the U.S. that pay at least $55,000 per year which don’t require a bachelor’s degree. However, these jobs are fading fast. Take the construction industry for example, where according to a 2011 BLS study, “1.5 million jobs were lost from December 2007 to June 2009. This nearly 20 percent drop in construction-related jobs was the largest of any other major sector. Three of the five occupations with the most significant decline in employment are in the construction industry, where job totals are still well below pre-recession levels.” The rapid loss of jobs is due to advances in automated technologies. It is easier, more efficient and, most importantly, cheaper, to use a machine for menial tasks such as drilling and molding. In fact, according to USA Today, “automation has helped contribute to a more than 50 percent decrease in jobs between 2002 and 2012. Work in several fields, including prepress technicians and computer operators, has also been cut by improved software and automation of processes that specialists once had to do by hand.” To top it off, as a result of the high tax rate of 35 percent on corporations in America, many jobs have moved operations overseas.

Well, there’s a twist. In recent generations, so many millennials have flocked to college that it completely has neglected a coveted niche in America, especially in rural regions. Industrial fields such as welding, plumbing, and electrician work can pay very well in less time than it takes for college graduates to rise in their own careers. College grads may take seven to10 years to make 60 grand, whereas many trades workers can reach that pay grade by their second years working.

What’s more is the higher likelihood of tradespeople to find jobs than college grads. The demoralizing nature of trades jobs has contributed to their decline. Status and feeling successful are very important for millennials. There was a time in America where “electrician” and “plumber” were noble titles, signifying a “manly man” who could get the job done. Of course, this was a very different time in America.

Why do trades jobs even matter?

The decline of trades jobs is much more detrimental than the destruction of a few construction jobs. It is the dwindling of a major attribute of the defining cultural backbone for the United States. The south and central regions of the country have been hit particularly hard by this, as trades are one of their major economic fixes. There are few developed cities in these areas. In places such as Iowa, Kansas, and Tennessee, it is not uncommon to go miles without seeing any established cities.

Since the Industrial Revolution, manufacturing and agricultural jobs have been the crux of American society. Many states are feeling the effects. “Now California is spending $6 million on a campaign to revive the reputation of vocational education and $200 million to improve the delivery of it.” It is safe to say there are options other than college for getting a good job in America today.

Bold @BoldTV
19 hours ago
Should Schools Teach Financial Literacy? This Would Be Key - https://t.co/DAUVuzgITA
View on Twitter
0
0