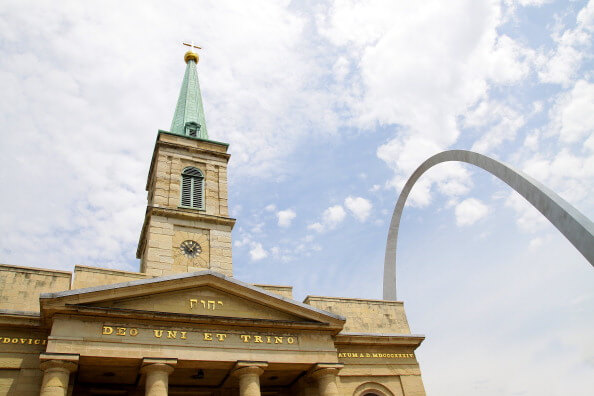 Cities across the United States continue their attempts to battle income inequality by increasing the minimum wage, but the states are pushing back.

In the past several weeks, news about cities hiking minimum wage rates, the results thereof, and the mudslinging it has provoked, has flooded our newsfeeds. However, amid cities taking charge of a much-needed correction in wage rates, states are overriding the city ordinances when they do not make sense. This just happened in St. Louis, Missouri.

In May, St. Louis passed an ordinance to raise the minimum wage in the city to $10 from $7.70. The ordinance also had another dollar increase set to go into ricffect at the onset of 2018. However, on Aug. 28, the minimum wage will revert to $7.70. #awkward

The Fight for $15 is riding on an area specific catchphrase, “Save the Raise!” as St. Louis businesses have to make the ugly decision to slash wages. In a recent statement, the Save the Raise campaign notes “The campaign also pledged to protest any employers that show any sign they play to roll back wages for workers.”

It ain’t gonna be pretty.

Uniform wages can be disastrous

In St. Louis, there is room to increase the minimum wage, but not much. With the median wage sitting at $17.83, the ideal wage would be right around $8.92. This mere increase would do little to combat inequality and would hurt smaller businesses much more than the larger ones that can begrudgingly, but more easily, absorb this mandate. Raising the wage to $10 per hour would do some serious damage, similar to what happened in Seattle.

The Governor of Missouri Greitens had the last say when it came to a bill passed by the Republican Senate that would override any city minimum wage ordinances. He could either sign the bill, veto it or do nothing.

Public choice economics tells us that politicians care about votes like everyone else cares about money — they always want more. So, the governor did what was best for him and did nothing. He can’t be labeled as “evil” and hard-hearted toward the poor by signing it. He also can’t be labeled as a traitor to his party by vetoing it. Middle of the road politics — gotta love it.

In the face of Greitens not signing the bill, he was still vocal about the effects of the increased minimum wage.

“It will kill jobs,” he said. “And despite what you hear, it will take money out of people’s pockets.”

Though there is plenty of literature that would say otherwise, that money has got to come from somewhere. Kudos to the businesses that have pledged to keep the wages of their low-wage workers at $10 per hour! Good riddance to those that must deal with the dreadful PR of bringing the wages down.

Glad it’s not me.

In this article:fight for 15, Jobs, minimum wage, missouri

Bold @BoldTV
48 minutes ago
How much do you use your eyes? https://t.co/ZS3BMgkxoE
View on Twitter
0
0

Bold @BoldTV
3 hours ago
Are You Guilty of These? 3 Signs You’re an Overthinker - https://t.co/xdpL2kCfCC
View on Twitter
1
1