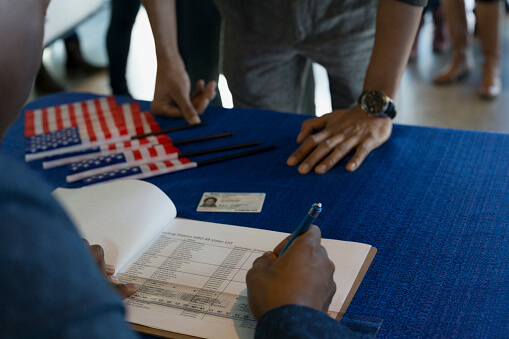 The U.S. Census Bureau recently published a study on population changes across the country, showing that people are moving to states with lower taxes. As the first census since 2010, surprising new data indicates that many people are moving to Nevada, Utah, and Idaho due to competitive economies. What does this mean for the future of voting?

The United States has grown to nearly 327 million residents, the census found, with highly competitive economies in low tax states like Idaho, Nevada and Utah leading the way in percentage growth.

“In general, states that keep taxes low and provide a competitive business climate perform far better than the states that follow the tax-and-spend approach” reports the Hill. The study accounts for various birth and death rates in each state, as well as international and domestic migration.

Because representation in government sometimes depends on population, the data reveals some changes are coming. The House of Representatives, for instance, depends on “the total number of residents within a state.”

Depending on how representatives in Congress are distributed, the Electoral College changes accordingly. When the census comes out, some states are thrilled when their populations go up because it is sometimes an indication of economic growth, more educated people and more government representation.

The data indicates that there will be some changes in the 2020 House of Representatives for at least two states, Illinois and California. While these states are on pace to lose a seat or two, other states are on track to gain in population, congressional representation and more sway in the Electoral College.

Moving to low-tax states can provide economic advantages for some people. However, if this trend continues, it will be interesting to see how the demographics across state lines will change. This shift will then be reflected within representation in the Electoral College and, eventually, presidential elections.

In this article:Census, data, elections, House of Representatives, States, taxes