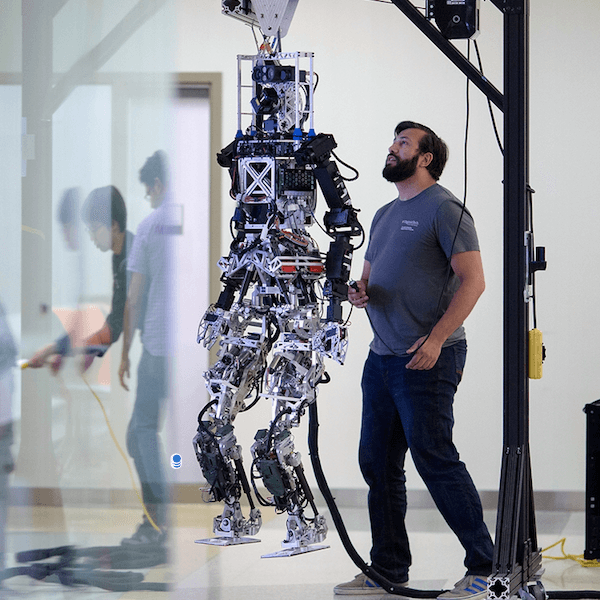 A third wave of tech disruption is about to transform our economy, according to a new report by the Kauffman Foundation.

Kicking off with a pep talk from Steve Case, AOL co-founder and author of the Third Wave, who outlines the growth and entrepreneurship that will revolutionize a millennial-led economy.

This “third wave” will completely transform the economy’s biggest, most important sectors like healthcare, education, food, and transportation. Our work days will be completely changed when this new wave breaks in the coming years.

The first wave took place from the mid ‘80s right up until the turn of the century. During this rather large ripple, companies like AOL, IBM, and Apple started building the infrastructure necessary to connect everyone to the Internet.

Early millennials may have a better memory of these times by recalling the ever-so-pleasant dial-up modem tune that sounded like a weird robotic pig squeal. This swine sound, though, was pivotal in the heart of this wave, as companies continued to be inspired to push the technology forward: people were mind-blowingly connected through computers.

Kevin Bacon and the rise of social media

Before Facebook, Twitter, Instagram and Snapchat, there was once Six Degrees: the first social media platform to be created. Based on the Web of Contacts model of social networking, this social media site was named after the six degrees of separation concept, which also happens to be the notion of a popular road-trip activity called Six Degrees of Kevin Bacon.

Apparently it’s pretty easy to connect anyone to Kevin Bacon. For example:

Kevin Gomez invented a new kind of cheese, but the idea was stolen by Troy Gilly who was at a cocktail party and spilled Merlot on Kevin Bacon.

Okay, you get the picture. Nevertheless, this bacon-inspired concept spurred the rise of the second wave, which according to Case, just ended in 2015.

Easily accessible information provided by Google and other search engines was the driving force of this wave. This, coupled with networking and jacked up sharing sites, one-stop shopping and mobile apps, laid the foundation for the third wave that we are about to experience.

The Internet of Everything

Imagine sending patients, that would normally be monitored in a hospital bed, home to be monitored from afar at a much lower cost. How about sensors on automobiles and roads alerting for potholes, assholes, and other potential hazards? Or, the restaurant owner that manages the ovens, stoves, air conditioning, and computer terminals from home?

Entrepreneurs are leveraging the “Internet of Things” and treating this luxury like we do electricity today—for granted.  They will begin to disrupt and improve the industries in which they are already active. Nurses, waiters, chefs, farmers, factory workers, will revolutionize their own industries as the Internet becomes more functional than ever before.

Policymakers and investors are paying attention to the rise of the third wave to hopefully better assist these entrepreneurs.

Like previously mentioned, this growth isn’t necessarily in the tech sector. The five fastest-growing industries of 2015 were: 1) IT Services, 2) Advertising & Marketing, 3) Business Products & Services, 4) Health, and 5) Software.

Sizeable growth is within healthcare. With healthcare being insanely expensive and politically contentious, it is thankfully in the process of being transformed through innovation and entrepreneurship. The “problem” of healthcare will soon see solutions that will inevitably make the world a healthier place — at a lower cost.

The question of “What do you want to be when you grow up?” has now changed to “What problem do you want to fix?” This is a good thing! However, it requires millennials and future generations to push themselves to be creative, efficient, and technologically literate.

Due to how interconnected we will continue to become, we will have to learn how to get along with each other and deal with people more and more. No longer will workers be able to hide behind the assembly line producing widgets or cooking in the back of a restaurant hidden from the customers they are serving.

We know it may seem that we are jumping to conclusions, but hear us out. It’s time for us to catch the wave by hardening up our soft skills of working in teams, brainstorming, and providing our fellow humans creative forms of value—with a big smile.

Don’t be too far back on the board and make sure to start paddling because the third wave is coming. Surfs up, y’all.

Bold @BoldTV
32 minutes ago
Today is the last day to file your taxes! Here’s How to File Taxes: We’re Breaking It Down for You - https://t.co/TSCJgEMqu5
View on Twitter
0
0

Bold @BoldTV
2 hours ago
People Are Getting Worried About Inflation – What Is It? - https://t.co/gNMjkezyTm
View on Twitter
0
1