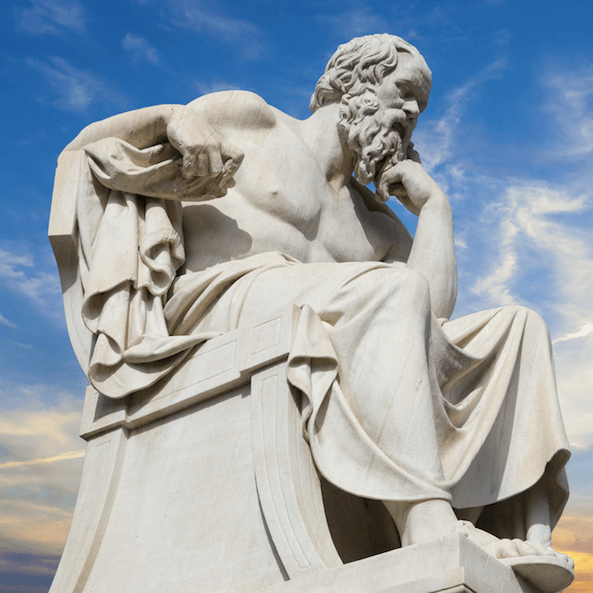 Philosophy majors tend to get the short end of the stick when it comes to educational stereotypes. Either you’re wasting time at a useless major or you’re an airhead with your thoughts in the cloud.

Philosophy Majors Under the Microscope, but Is It Warranted?

Heck, even Stephen Hawking, one of the biggest eggheads of our time, went on record to declare philosophy dead. Not to mention, earlier this month, Marco Rubio, junior senator from Florida and presidential candidate, had this to say on the matter:

While he was making a point about opening up more vocational schools, social media exploded with irritated philosophers and liberal arts majors aggressively making their opinions known about the value of their work. It also sent news organizations across the board looking up statistics from The Labor Department and comparing the average salaries of welders to philosophers.

Just so you know, welders are making $37,420 annually compared to $63,630 annually in favor of the philosophers, but those numbers themselves don’t shake the stigma of uselessness that surrounds a degree in the oft-disparaged major.

Most philosophy majors go into their chosen study with a plan of where to go, often with the knowledge that what their chosen major isn’t going to be very respected. What might just change your mind about their ambitions is a good look at just how much money and what jobs are implicitly available to our philosophers.

Clarity of thought and delivery of points is kind of an important skill most philosophers earn as a part of their daily studies. Guess what profession makes absurd amounts of money off of thinking clearly and delivering a good argument?

Bouncing from philosophy studies into law school may not be one of the first paths to come to mind, but it’s unquestionably one of the most lucrative options when you’re making approximately $115,000 annually.

Another obvious and respectable contender under the purview of philosophy: You can start running the bloody country! Qualitative understanding and implementation of state policies are two core themes most philosophy majors are required to tackle through their course work, and bouncing off of Rubio’s profession a bit, a senator can be making as much as $174,000 annually.

While most philosophy majors probably aren’t going to be filling into the few seats available in the top government positions, those same skills protract onto non-profits and consultation jobs just as effectively.

Contrary to some opinions, businesses actually look for people who have a great all-round liberal arts education. Philosophy majors tend to be fantastic managers and directors because they’ve honed excellent communicative abilities, critical thinking skills, and a willingness to empathize with other people.

Of course, most companies require unique training and on-the-job experience to be completely effective, but a basis in philosophy provides a strong basis for working with people in a corporate environment. Salaries hugely vary but some averages estimate managers and business directors to be making $90,300 annually.

Suffice to say, there’s a lot of respectable work to be found for millennials trying to trudge through the words of Socrates and Hegel. Your work as a philosopher isn’t useless or archaic by any means, and a strong understanding of the skills you’re capable of can take anyone far and wide. Just like anyone else, you just have to be willing to work for it.