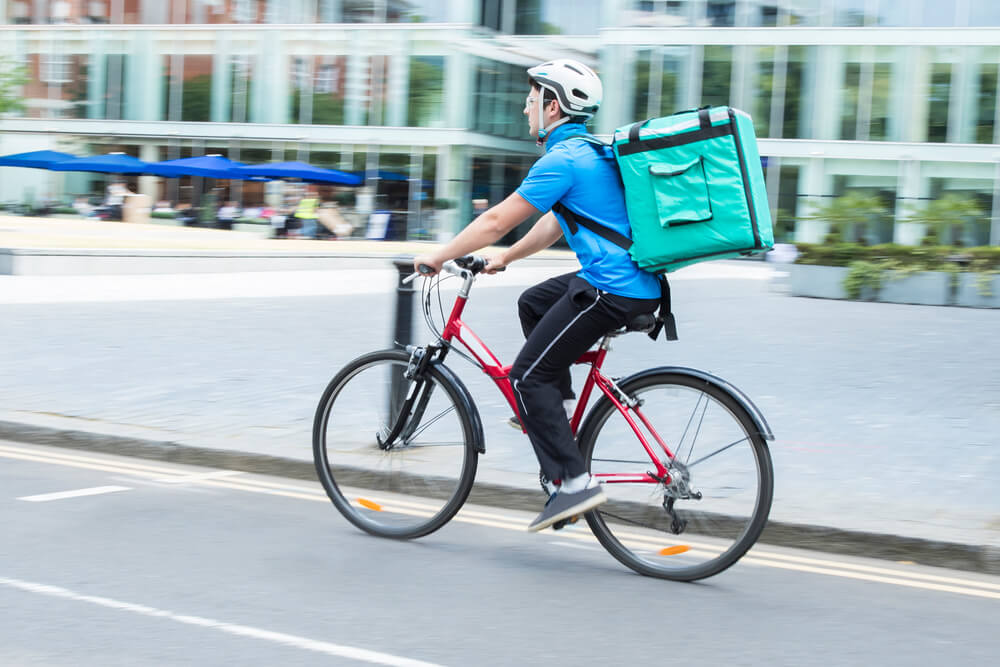 We are living in a gig economy, or so they say. Or so they always say. Or so they will not shut up about. Uber drivers, dog-walkers, bike-couriers, traveling bards (maybe). But think again! New data suggests that traditional employment still far outnumbers the gig-economy labor force. The reason for the discrepancy between statistics and popular belief may be due to the absence of solid data about employment and jobs in the U.S. In fact, the Bureau of Labor hasn’t conducted an in-depth study in this area since 2005. Not until now, that is. And the results might surprise: The gig-economy workers make up a surprisingly small amount of the American workforce.

I don’t know, but all I can say is that the data shows that only “10 percent of American workers in 2017 were employed in what the government calls ‘alternative work arrangements’” according to The New York Times. That essentially means “gigs.” This number actually represents a decline in gig work from 2005 (the statistics from then showed the gig economy represents 11 percent of the working populace). Although this governmental study does not include those who utilize gig work and traditional employment together, these numbers are still surprising considering how everybody is always running down the street shouting “gig economy! Gig economy! Gig economy!” all of the time.

Many experts point out that the data recovered is incomplete. Just to take one example, the data fails to show the verifiable boom in domestic outsourcing that has rendered American workers with fewer job opportunities and less job security. This leads some to the belief that the gig economy is not booming. It is just the misattribution of a failing work economy.

So what era are we living in then?

The answer to this question is not so clear. But we’re not in the gig one! We have very little data to work off of, and funding for such studies to procure necessary data is on the wane (our last in-depth study was in 2005, after all!) This lack of funding is probably because we’re all broke, even the government (I don’t know. Something like that, right? Maybe?). But one thing is for sure, according to the experts at least: the most visible kinds of gig work (Read: Hipster playing piano in Washington Square Park) only make up a very small part of the overall labor market.

Note: Some experts speculate that online workers — who were not represented or considered in this most recent study — do, in fact, make up a pretty large part of the labor force in America, certainly larger than gig workers.

There is a but…

Although nonstandard work hasn’t increased much since 2005 overall, it is noted in the study that contract work — a subsection of the gig economy — has in fact increased in many fields such as professional and business services, and transportation and utilities (Uber is responsible for 200,000 additional transport employees!) as well as quite a few other sectors. But why? *shrug*

Another section of this gig-economy’s 10 percent is the on-call and the temporary workers — generally young people who are broke, hungry and most likely not wearing any clothing because they sold them for canned tuna — and most of these say that they would much rather prefer traditional work were they able to secure some (good luck…). But the fact is, of all these categories, none have gained so much traction as to justify the claim that there has been a boom in gig-economy work. Certainly, there is no justification to say we are living in the era of the gig economy.

So how did this gig rumor spread?

Experts say that a lot of it is due to social media. People posting pictures of them delivering parcels on bikes or walking a dog is not representative of the labor force at large. In addition: “A lot of this hype has been driven by the tech world believing that they are the center of the universe,” Lawrence Mishel, an economist for the left-leaning Economic Policy Institute, told The New York Times.

However, in a study by economists Lawrence F. Katz and Alan B. Krueger, the two had to concede that alternative work had been growing faster than the Bureau had suggested. When asked of the discrepancy in findings, they speculated that while there may have been a boom in the gig economy during the recession, as recovery occurred, a return to traditional work occurred too, as well as the ability to acquire traditional jobs. According to The New York Times, if the speculation was correct, then “that would suggest that what many commenters interpreted as a structural shift in the economy was, instead, a temporary result of a weak labor market.”

It is also possible that the government is poorly labeling work. For instance, according to the New York Times, “The Current Population Survey, the monthly survey used to calculate the unemployment rate and other key measures, shows that self-employment is falling, even as tax data from the Internal Revenue Service has shown the opposite.”

The standard measurement for what is employment, what is sub-contractual work, self-employment, freelance, etc. is muddied and poorly organized. Many of these positions do not fall into tidy buckets. When it comes time to ask people their classification, it all gets very complicated.

“Some Uber drivers, for example, might consider themselves employees of the ride-sharing company, even though legally classified as independent contractors. Some Amazon warehouse workers might report being employees of the e-commerce giant, even if employed by an outside staffing firm,” according to The New York Times.

Although there may be some confusion about classifying jobs, and there definitely is that, the fact remains that the majority of individuals are still W-2 employees working in traditional jobs. But it is still troubling that we do not have more information or studies being conducted on alternative work.

“The fact that our last data point on this was in 2005 makes it so hard to figure out what’s going on,” Martha Gimbel, director of economic research for the job-search site Indeed, told The Times. “Measurement is important, and this is why it’s important to fund data analysis.”