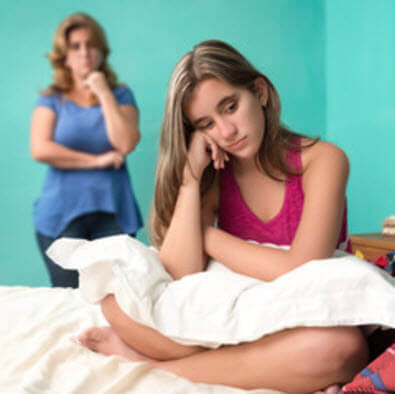 Why are millennials moving back home?

According to Pew Research, “as of 2016, 15 percent of 25- to 35-year-old millennials were living in their parents’ home. This is five percentage points higher than the share of Generation Xers who lived in their parents’ home in 2000 when they were the same age (10 percent), and nearly double the share of the Silent Generation who lived at home in 1964 (8 percent).” This is a growing number in the United States, and as a result, many millennials are finding refuge in going back to their parents’ home, where they can have roommates they actually like, free rent, and most importantly, their mother’s cooking.

The main reason for this trend is higher housing costs. Millennials still face pressures from their peers and the older generations to find stability in their early 20s. However, millennials are not their parents; college education is infinitely more important (and expensive) today than it was in the ’60s. It is also not a viable option to skip out on college, as automation and technology are replacing trades jobs, and as a result are becoming more scarce.

“The burden of college debt continues to weigh on the finances and life choices of young people between the ages of 20 and 26, according to the new survey set for release Thursday, with 32 percent saying they owe anywhere from $10,000 to more than $50,000 on student loans. The average student loan balance was $10,205, but was even higher ($11,475) for those still in school,” according to USA Today. With student loan payments in the thousands, many can’t afford to pay $800 per month and still keep up with a car payment and rent. For many in graduate school, student loan payments can be akin to a mortgage.

What does this mean for millennials’ sex lives?

Well, it turns out millennials are having less sex anyway. According to Vice, “A 2015 report from the Center For Disease Control found that fewer 15- to 19-year-olds reported experiencing sexual intercourse than in previous generations. The decline was significant for both genders, but particularly among men.”

This is partially due to a natural generational trend. However, awkwardness has a role to play with something as private and intimate as sex; millennials don’t want their parents or grandparents finding out personal details.

For adult children living with their parents, there is some understanding and transparency as parents realize their children are no longer kids. However, it is significant to establish adulthood and make barriers known so that they aren’t crossed. With the growing tolerance for millennials back home, this may be a growing issue in the years to come.

Bold @BoldTV
14 hours ago
Media, Mental Health, and Why Naomi Osaka Took a Step Back - https://t.co/fPCEKAKEP3
View on Twitter
0
1

Bold @BoldTV
15 hours ago
Is Jeff Bezos an Astronaut? Well, the Definition Was Just Changed. - https://t.co/Z1Y0YaHPRM
View on Twitter
0
1