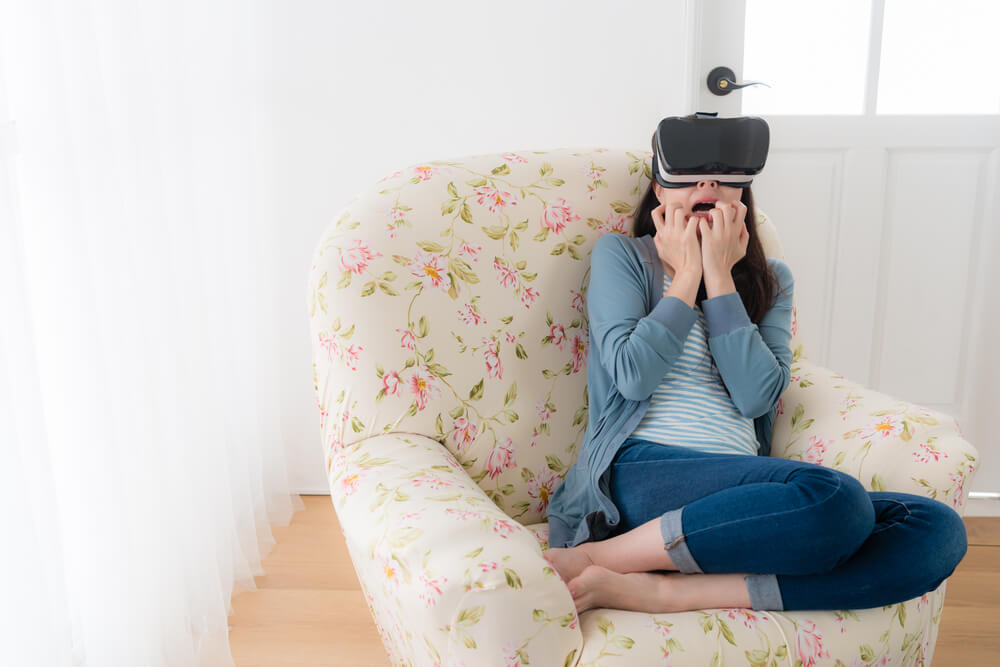 woman sitting on couch with virtual reality headset on. She seems upset.

What’s happening in the Virtual Reality-sphere?

Pandemonium, that’s what! People are being abusive, and lewd and sexually inappropriate. All of those things that the #MeToo movement has been working so assiduously and nobly to eradicate. Nisa Amoils is a venture capitalist and an angel investor who is focusing on mentoring and supporting female founders, and opening the dialogue about the new danger zone for women: virtual reality.

Games that have the ability to kill prostitutes and beat up women are not a new phenomenon. But with virtual reality, now it can be done to real-life, breathing people. What is worse is that these behaviors are normalized and practically socially acceptable.

How do we change the culture?

Amoils gave an example of online VR gaming platforms that are actively seeking to nix this behavior when they see it. She mentioned a game called Quiver where women were being actively sought out for harassment purposes, and so the game creators set up a virtual shield of sorts that could surround one’s avatar and prevent people from touching them if they so choose. Another game that is leading by example is League of Legends. The founders created a tribunal that has the power to kick people out who have been reported for sexually aggressive or sexually abusive behaviors. They also have shut down chat rooms that discuss sexually abusive material.

Amoils is the author of an article titled “How Virtual Harassment is the Same as Workplace Harassment,” and the message is clear: Virtual reality harassment should be no more tolerated that actual reality harassment. One way to combat the situation, Amoils said, is to have more women on the development side of the gaming industry because the number of female gamers (which is high) is not reflected in the number of women who are developing games (which is very low). Amoils concluded by citing a survey of 600 people that found 49 percent of female gamers had experienced harassment while online. Interestingly, 30 percent of male gamers also had experienced harassment, which shows that the issue of VR harassment is not merely a female issue but a human issue.