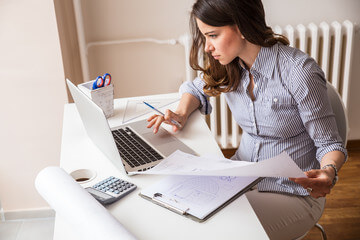 The short answer: No.

But according to a recent survey conducted by the Pew Research Center, major partisan divisions exist over perceptions of educational impact.

Based on the survey’s findings, 58 percent of Republicans and those who lean Republican believe colleges and universities are having a negative impact on the country, compared to just 19 percent among Democrats.

Since just 2015, positive perceptions of higher education among Republicans have dipped 18 percent, according to Pew’s annual research.

Over the last two years, the divide among political ideologies has appeared starker than ever before. Whether this is the case or just a result of our current political and social climate is irrelevant. What does matter is the fact that these differences in opinion are manifesting themselves across almost every debatable issue.

Pew’s survey also questioned respondents on the impact of the national news media, labor unions, banks and religious organizations. There wasn’t a single institution that Republicans and Democrats agreed upon as far as its positive or negative impact on the nation.

On the matter of higher education, there are a couple of crucial points to consider.

The first is the topic of free speech. When you think about the protests held against having people such as Milo Yiannopoulos or Ann Coulter — two staunchly conservative voices — speak on campus, it’s not hard to see why some have serious reservations about what the college environment says about our political discourse. Then again, those types of student protests are, by definition, expressions of free speech.

You also have to consider how colleges are impacting students’ employability and financial stability after graduation. With $1.4 trillion combined in student loan debt and underemployment sitting pretty at 14 percent, it’s hard to reason with the 72 percent of Democratic-leaning respondents who feel positively about the impact of colleges on the country.

Ultimately, it comes down to another entirely different question: What is college supposed to do for the country?

Depending on how you personally answer that question, you’re going to have vastly different opinions on the success of higher education.

Breakdown by age and income

Among Democrats, age and income did little to affect how people responded to the survey. That wasn’t the case when it came to their Republican counterparts.

Republican-leaning respondents aged 18 to 29 had much more positive views on the impact of college compared to older members of their party. Of that younger age group, 52 percent believed college is having a positive impact, while that number drops to 29 percent for those aged 50 to 64.

Interestingly enough, Republicans with a family income of $30,000 or less had more positive views than those in higher income brackets. That reaction may be a result of the fact that their lack of degrees has made it harder to find gainful employment.

As with most polls or surveys, it’s hard to draw definitive conclusions from the data collected. Especially when you’re dealing with loaded questions like, “Is the impact of X positive or negative?” What’s the definition of “positive” vs. “negative?”’ It’s incredibly subjective.

However, this particular research raises concern over how much influence one’s politics has on their opinions on non-political matters.

At the end of the day, college grads should enter the real world with the ability not just to get a job, but a job in a field with potential growth — areas such as tech, computer science, and data analytics. That’s not to say forget the liberal arts, but whether you lean liberal or conservative, we can all agree that our future rests in the hands of our current and recent students.