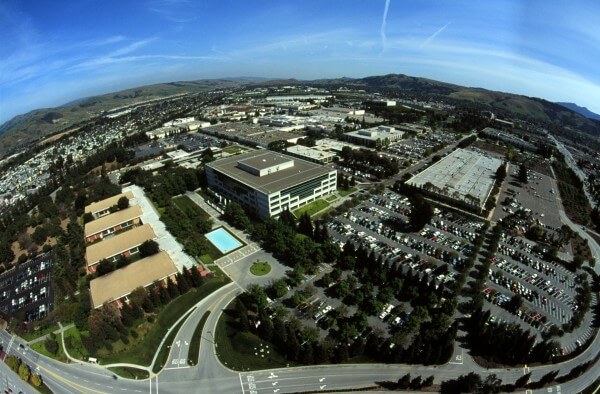 Adam Smith’s “invisible hand” has been smacking proclaimed unicorns in the tech industry, protecting the rest of us from another economic Armageddon.

Does your unicorn come with a time bomb?

There has been chatter about the dangers of the unicorn economy that has stemmed from the breeding ground of technological innovation — Silicon Valley. With 155 unicorn companies at a total valuation of $550 billion, the media, along with economists and forecasters, sees this as an economic time bomb and warn the masses to hide into whatever financial bunker they can find.

But as we are well aware (or not), it’s typical (and ironic) for the media to blow shit out of proportion and not tell the whole story.

WTF is a unicorn?

Unicorns are, of course, mythical horses with horns on their heads. They eat rainbows and fart strawberries. Okay, you can probably guess that these unicorns are not on GenFKD’s radar. However, what is on our radar is the rise of the $1 billion startup, aka the unicorn.

Unicorns are private firms valued at or above the billion-dollar mark. The billion-dollar tech startup was once much like a mythical creature from a fairy tale. Today, we see these unicorns everywhere, supported by an economy of easy money and a millennial generation with a knack for entrepreneurship.

What is interesting about these companies is their hesitance in going public. Going public and entering the stock market gives companies more access to liquidity, or spendable money, and gives private investors a chance to either cash out or make some profits elsewhere.

The worry has been that companies like Uber, Airbnb, and Snapchat, are overvalued to the point that if they were to go public, their stock would drop and starve the business to death. This would not only affect that particular company, but it could potentially rumble the entire tech industry’s economy.

With the rise of all the unicorns in the tech industry, the media has painted a grim economic outlook due to these seemingly overvalued companies. Run! Hide! A huge bubble in the industry is getting closer to bursting, leaving us with another potential financial crisis.

What they fail to leave out is the amount of micro bubbles that have already burst or are well on their way to bursting.

Yet, we feel nothing.

When we take a snapshot of the economy, the tech industry tends to get lumped into one big sector. However, when diving into the tech sector, you see a vast landscape of smaller segments, which have even smaller segments within those segments. These micro-segments have separate markets, made up of different consumers and competitors, with varying market forces at play.

Within all these separate sectors, startups have seen rapid growth followed by harsh corrections due to larger, more established companies, like Google and Facebook, coming into those sectors and pushing the competition out. Since at least 2010, these micro slices of the tech pie have been crumbling all on their own, leaving room for the solid firms to flourish.

Groupon and other young internet consumer startups saw incredible revenue growth in their early years, attracting billions of dollars in venture capital. Revenues for Groupon went from $30 million in year two to $713 million in year three to $2.6 billion in year four. I remember an investor friend of mine touting advice to invest in the online gaming company, Zynga (the creator of FarmVille), which had scored $850 million in revenue in its third year.

Fierce competition from Google, Facebook, and Amazon, put Groupon in a very vulnerable position. After going public, Groupon saw an 85 percent decline in its stock price within five years. Zynga saw an 80 percent decline within the same time frame. These companies are not the only ones.

From music streaming to online real estate, these segments have all seen similar declines in valuation, all in a relatively short period of time. Yet all these bubbles have been contained within their own segment of the tech sector without any far-reaching economic implications.

Money ain’t nothin’ to fuzz with

So don’t let the media pundits get you worked up about unicorns like Uber, Airbnb, and Snapchat. Most of the money being invested into these companies are from private venture capital firms that can absorb the rises and falls themselves, without breaking your bank. If you’re interested in riding a unicorn, Forbes compiled a list of VC firms that are heavy in the mix, with Fidelity being a huge player.

As long as the banks that hold our money don’t overexpose themselves to unicorn risk and spread their investments throughout the whole economy, all is good. So far, our money isn’t being fkd with too much.

But it if you’re nervous, go find out how hard your mutual fund is diving into these volatile companies and make sure you take control of your finances.

Antifragility is the key

The worry of a macro tech bubble is tied to lingering jolts of pain caused by the financial crisis in 2008. Housing prices are giving off the same vibe as in the late ’90s right before the dot-com crash.

The last thing we need is another economic collapse and, thankfully, the market is self-correcting for these tech companies and micro-segments. This allows for small and frequent crashes as opposed to large and few.

When markets are allowed to frequently rise and fall on their own, they become stronger. Compare it to your workout schedule. When you work out once a month, you can’t move for a few days and you don’t get any stronger. However, if you workout three-to-four times per week, it hurts much less, and you get that shredded physique much more quickly.

Antifragility, coined by Nassim Taleb, is the idea that things benefit from shocks, volatility, risk, uncertainty, and constant stressors. This is what is currently happening in the technology sector and it should be praised!

While smaller, sickly, companies steadily collapse, the strong tech companies with healthy balance sheets will continue to learn from those failures and transform every sector of the global economy. These market “corrections” are painful for investors with their money on the line, but key for stronger business models, improved products and services, and smarter investments.