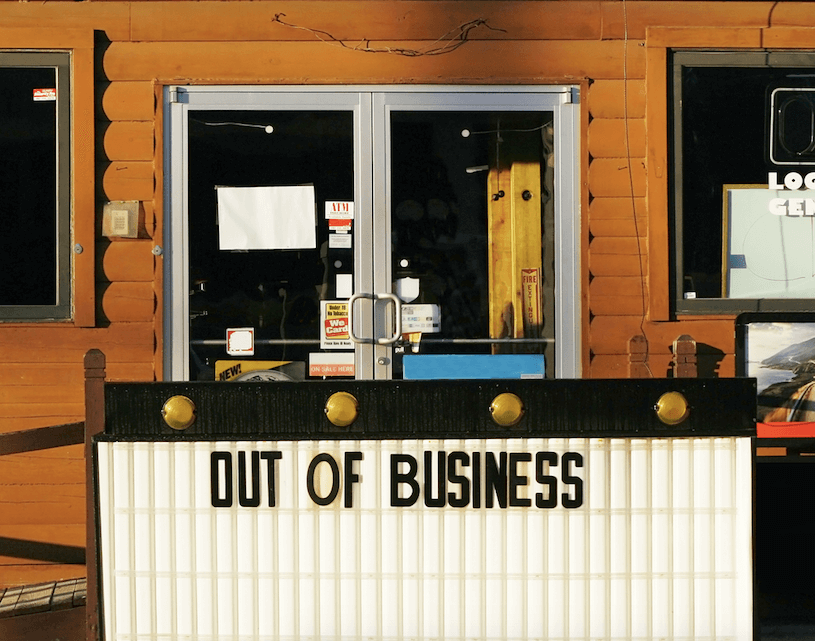 The future of small business has never been more uncertain. For centuries, it’s been the cornerstone of our economy—but that appears poised to change as we head into 2017.

Does America’s economic engine have a future?

Today’s economy would have been impossible for someone to predict even 25 years ago. How could they have known about being able to buy a flatscreen TV and order a latte with your smartphone? Similarly, it’s equally tough for us to predict the economy of the future. But if we did, we might make the bold claim that we’re headed for a world without small business. What does the future hold for the non-corporate entities of America?

That’s a crazy thought, for a number of reasons. For as long as there has been a U.S. economy, small business has been the engine driving it forward. Even today, with the cultural prevalence of big businesses like Amazon and industry-altering startups like Uber, tens of millions of small businesses make up more than half of U.S. sales, provide more than half of all jobs (and an even greater percentage of net new jobs), and have grown in number since the 1980s.

But things are changing, and they’re changing much faster than many of us realize. In our collective mission to become more technologically savvy; to lower costs for consumers; to make our lives more efficient; and to get the most bang for our buck, we may be crowding out the people and businesses who bring not just economic activity, but local expertise, color, and character to our lives.

It’s easy to assume that the small businesses we walk and drive past every day will be here forever. And in some cities and towns, their place may be more secured than in others. But just as New York City and San Francisco are actively searching for ways to aid their disappearing mom-and-pop shops, small towns in states like West Virginia and Michigan are watching the great gains of the new economy pass them by—and their own local economies are shrinking as a result.

Millennials and their economy

The reasons for this noticeable, visceral sag in small business success are myriad. GenFKD will explore them in this new series, which seeks to highlight the reasons why the future of the U.S. economy may be about consolidation and homogenization, rather than expansion and expression.

First, there’s the role of millennials, who will comprise the largest generation ever and will soon be taking over from the baby boomers. Right now, they’re not as interested in starting their own businesses. They were dealt a permanent economic blow by the Great Recession and by rising student loan debt, and right now they see more stability (not to mention flexibility and responsibility) in larger companies.

While we’ve seen some millennials take aim at curing some of society’s great ills through social entrepreneurship, the general trend for young people has been to move away from the risks, and rewards, of striking out on their own.

But plenty of other factors have been put into play as well. We’re seeing consumers vote with their dollar and support businesses that monopolize their industries, such as Amazon and Uber, and away from businesses that simply can’t compete on price alone. (This also may be a symptom of post-recession stress, but will there be independent cab companies or retail stores around to compete if that feeling ever wears off?)

With all the questions surrounding the costs of healthcare, retirement planning, and overtime, is it any wonder that younger people are gravitating towards larger businesses rather than smaller ones? And that larger businesses are in turn altering their cultures to better attract and accommodate a young workforce that prizes corporate responsibility and flexibility?

Craft or corporate? They may be the same

We are seeing a rise in “fast casual” dining and a swelling of support for craft beer and other hallmarks of a more down home, local, small business feel. Yet many of these businesses, including the craft beer companies we know and love, are being bought up or even brought to you by larger businesses you might *think* you hate. Anheuser-Busch InBev already owns nine U.S. craft breweries—so every time you buy a Goose Island IPA, you’re helping put Bud Light on the shelf.

And if you think the days of robots, A.I. and other technological achievements coming to “take our jobs” is still a thing of science fiction, you haven’t been paying attention. Self-driving cars (not to mention trucks) are just a few years away. Amazon is already helping kill the cashier.

How many jobs do you see on a daily basis that could be accomplished more efficiently by a machine? And when those people are laid off—they won’t be shopping at the artisanal markets for their groceries. They’ll go to Wal-Mart and other big box stores with low prices. And the cycle will continue.

This leaves us with some massive dilemmas. Is there a way forward for small businesses that doesn’t involve becoming a big business subsidy? Is there anything proactive that communities — from local governments to everyday citizens — can do to abate this process? And will our economy survive if small businesses go from the engine of our economy to mere window dressing?

If small business was an economic inefficiency, we might be glad to see it go. But the local small business is such an important facet of not just our economic lives, but our collective culture and lifestyle. Learning why it’s disappearing is the first step in figuring out how to save it.

In this article:Economy, future, small businesses

Bold @BoldTV
5 hours ago
Should Schools Teach Financial Literacy? This Would Be Key - https://t.co/DAUVuzgITA
View on Twitter
0
0