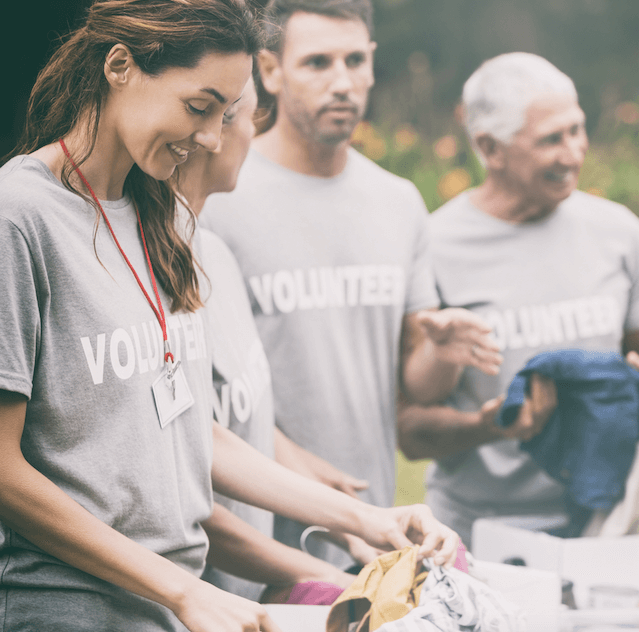 When discussing big business social impact, it’s not a stretch to say that, historically speaking, most American businesses haven’t been too community-focused. From Pullman company towns and West Virginia coal wars to modern shoe factories and resource extraction, humans have often taken a backseat to profits throughout our history.

But over the last couple of decades, a shift has occurred. As Ashoka founder Bill Drayton puts it, the citizen half of the world is no longer lagging behind the business half. A tipping point has been reached: social entrepreneurship is now seen as a “credible avenue” for driving change. Not only that, but increasing evidence of its financial benefits has resulted in more companies capitalizing on the newfound consumer affinity for social responsibility. Big business, in ways small and large, is responding to this new reality.

What changed and made social entrepreneurship more viable?

The first thing that should be noted is that labor laws and collective organizing in the United States has helped make working conditions safer and more humane than in the days of Upton Sinclar’s “The Jungle.” However, the spread of technology, specifically the Internet and social media, is one of the main reasons that we’ve gone not just from poor to decent conditions, but all the way up to companies giving back to workers, communities and causes.

Thinking back to large-scale charitable movements, one of the biggest philanthropic events of the 1980s (when social entrepreneurship first truly emerged) was LiveAid, a dual-continent concert where the proceeds went to help abate famine in Ethiopia. Broadcasting the music worldwide via satellite was cited as a major reason for the project’s success.

Today, we share important issues and social dilemmas with a click. This not only makes company supply chains more transparent and subject to immediate backlash in the form of viral news, but it keeps people informed of the need to improve conditions for workers and people all over the world.

Of course, nonprofits and charitable organizations have been around for much longer than the social entrepreneurship movement. But historically, one of the biggest issues with nonprofits is that, to some degree, many were inefficient. Non-profits often feel pressure to pour their money into fighting their cause rather than investing in themselves—which might result in garnering more productive tools and means. Meanwhile, businesses often invest in themselves and ignore the issues. The latter is no longer sustainable from a marketing and sourcing standpoint; the former has been exposed as sometimes ineffective.

We’ve also seen changes in understanding what it means to be socially responsible in relation to profits: Profits and social good are not mutually exclusive. A meta-analysis of 52 studies on corporate social and financial performance found a correlation between social and environmental responsibility and profits.

The analysis concluded that though causation is still technically up in the air, the point is almost moot—no large public company can afford not to be responsible in this day and age anyway. Read it this way: Social responsibility can probably help profits, and a lack of it will definitely hurt them.

How has the greater shift towards responsibility affected social enterprises?

Social entrepreneurs are helping push the concept of responsibility and charity in the business world forward. There is undoubtedly satisfaction in seeing this shift, but it is both a boon for the concept of buying responsibly as it is troubling for the future of the movement.

Big corporations are becoming more socially responsible on their own and they are seeing financial benefits from it, such as increased marketing opportunities (see Coca-Cola’s 5by20 campaign). That may remove some of the consumer incentive to turn to smaller social enterprises that differentiated themselves by promising more responsible products. Consumers are willing to pay more for “better” products, but individuals do tend towards saving money and larger companies can provide the savings that social entrepreneurs would rather send to causes.

On top of that, big companies also see opportunities to buy their socially responsible competitors. On one hand, this can be a boon to social entrepreneurs. They have more buying power, a bigger share of the market, and a larger platform to make a difference. One of the co-founders of Method Soap, a B-Corp acquired by Ecover, said that selling the company became the goal once they took outside capital in an effort to increase their economy of scale.

On the other hand, the mission and message that social entrepreneurs work hard to shape are then subject to change, and the people making the decisions are often those more accustomed to accommodating the bottom line than the bottom rungs of the economic ladder.

What are big corporations learning from social entrepreneurs?

Many of the tenets of what makes a social enterprise “social” are being incorporated into the maxims of big business. Some are raising their wages to or above the living wage; some are tracing their supply chain and ensuring accountability for every step along the way; some create initiatives in developing markets to inspire development and community outreach—in the name of the corporation, of course.

Here’s the trend a nutshell: In the early 2000s, about a dozen Fortune 500 companies issued a sustainability or corporate responsibility report; now, the majority does.

Big companies do all this for two main reasons: One, customers care. Two, potential millennial employees do, too. The best and brightest young talent, if they aren’t social entrepreneurs themselves, want to work at a company where social responsibility is valued. Thus, these companies are bettering themselves for the future of the planet, as well as their own futures.