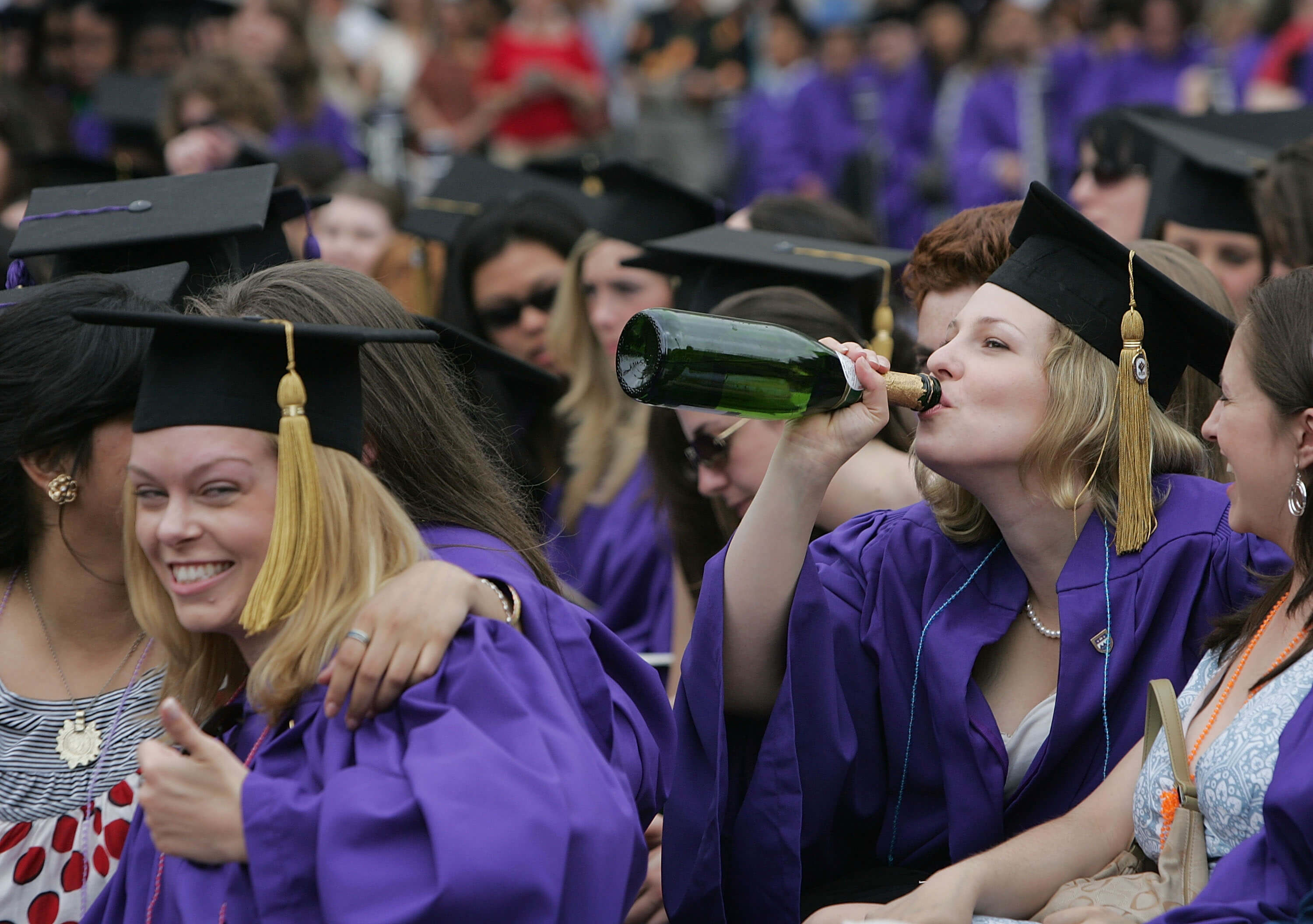 Happy college students at graduation in their gowns. Ones drinking from a champagne bottle.

It is one thing to know about an issue, it is another to see it happening. This is the case with the student-debt crisis. While we are well aware of the ever-increasing price of college tuition, it is easy to forget what effects this is having on the lives of college graduates. It is especially easy to forget the effects of the student-debt crisis for people who have yet to graduate college. While it is easy to push these facts to the side, it is important to keep them in mind and be aware moving forward.

The impact of rising tuition

The student-debt crisis has become a serious national issue that stems greatly from the exponential rise in tuition prices. This exponential increase in tuition prices has forced students to take out loans — so much so that, as a nation, we have $1.3 million total in student-loan debt. This is not just a momentary issue, though; this number is growing by $2,726 every second. Obviously the student-debt crisis is a huge issue in the United States, but how is this exponential increase in student debt affecting college graduates? Some assume there is little effect, graduates just pay off their loans and continue living their lives. This, sadly, is not the case.

The average student from the class of 2016 graduated with $37,172 in debt. This amount of debt is a major burden for graduates. Monthly payments on debt average $351, prohibiting the graduate from saving money for future spending, and that payment also can stifle the graduates’ quality of life. In fact, 62 percent of college graduates reported that their monthly payments on debt were impeding on their other household spending, such as rent and groceries. Obviously, this amount of college debt has an effect on the day-to-day lifestyle of a college graduate. This effect is seen from graduates needing to turn down luxury expenses, such as concerts, or even concern over the ability to pay an electric bill.

Research is finding, though, that student debt is impacting more than just the everyday lives of graduates who are trying to pay off debt. This research is some of the most concerning. More than half of graduates report they have put off major purchases, such as buying a car or a house, due to their debt. Connected to this, 21 percent of college graduates report still living with their parents a full year after graduation. Moving out of your parents’ house, no less buying a house of your own, requires savings. Research is finding that the majority of college graduates are not saving money because of their debt. This means that graduates are not putting money away in case of an emergency, and they are certainly not putting money away for retirement. This means that student loan debt is not just an issue for the recently graduated person, instead student loans are having a lasting effect on people.

Since graduates are not saving for buying a home, getting married or having kids, they often find themselves stuck. Graduates push back the next steps of their lives because of their debt. On top of this, studies are showing that debt no longer is for people in their 20s. Just two decades ago, only 4 percent of people aged 55 to 64 still had student loan debt, but that number is rapidly growing. In 2013, 30 percent of people in the same age group reported having debt from college.

Student loans now have lifelong effects, aside from their effects on day-to-day living. These effects can be seen through a person’s life, even in retirement. These lasting effects of student loans have raised the issue of the student-debt crisis as such a pressing issue. It is important for students to be aware and prepared for the effects their loans will have on their lives.

Bold @BoldTV
13 hours ago
Should Minimum Wage Workers Make 15 An Hour? The Fight for 15.
https://t.co/5wrHWnTvPn
View on Twitter
0
1