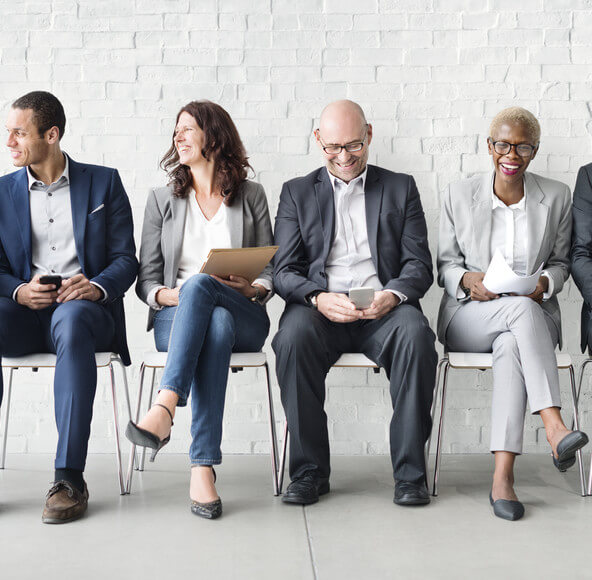 It’s no secret that the tech industry has a diversity problem. And Helena Price of the Techies project has a problem with it.

By profiling underrepresented groups in the tech industry, Price hopes to “show the outside world a more comprehensive picture of people who work in tech, and to bring a bit of attention to folks in the industry whose stories have never been heard, considered or celebrated.”

The San Francisco-based photographer has profiled over 100 tech industry professionals from all walks of life, recasting stereotypes and painting the tech industry as a more inclusive place in the process.

“We believe storytelling is a powerful tool for social impact and positive change,” said Price.

Aside from the biases present when interviewing, hiring and retaining minority workers, the ensuing culture of homogeneity in tech serves as another barrier to entry for women, people of color, LGBTQ professionals and people over a certain age.

The numbers are daunting: A whopping 43 percent of all workers at Google, Facebook, Twitter, Microsoft, Apple, Amazon and Intel are white males.

Women make up just 29 percent of employees, while Hispanic, black and Asian workers of both genders make up a combined 38 percent. LGBTQ people in tech fare better statistically, but still experience high levels of discrimination on the job.

In many ways, this creates a catch-22 situation in which the devastating lack of diversity discourages women and minority groups from entering these lucrative fields in the first place.

For example, an impressive 74 percent of young women express interest in STEM fields. But, young women hold just 18 percent of computer science degrees, according to Girls Who Code.

This lack of diversity affects more than just women, people of color and the LGBTQ community.

The Department of Labor predicts that 1.4 million STEM-related jobs will be created by 2020, but U.S. graduates are only on pace to fill 29 percent of them. Moreover, women and minority groups in tech experience a smaller average wage gap relative to men, suggesting that tech is in some ways a vehicle for wage equality and overall economic growth.

Most notably, this culture of exclusivity hurts the tech industry itself. A lack of diversity among tech workers ultimately leads to a lack of diversity in terms of the perspectives offered, the problems solved and the people helped.

“The status quo is to expect underprivileged people to go and behave like the white men in the industry. The more you can behave like these men, the better you will do,” said February Keeney, a trans woman working in tech who was profiled for the Techies project.

“[The tech industry] does better when we don’t just look for women that emulate men but we look for women and people of diverse backgrounds…they bring a slightly different tone and perspective on things,” Keeney continued.

Keeney suggests building out support networks at tech companies in order to avoid pushing out women and minority workers after just a few years in the industry.

“We’re definitely seeing a lot more companies trying to fix their diversity from this big number-game side of it and be like, ‘Well, we need to hire more women, we need to hire more people of color,'” explains Keeney. “That by itself is not good enough…if we just hire diversity and don’t build support networks, those people will be bullied out.”

Until the tech industry successfully diversifies its workforce, app developers, coders and web designers will likely be solving the same set of problems affecting the same group of people. It would be in tech executives’ best interest to integrate different perspectives, opinions and solutions into their workplace culture by way of diversity and inclusivity.

In this article:Diversity, silicon valley, Tech