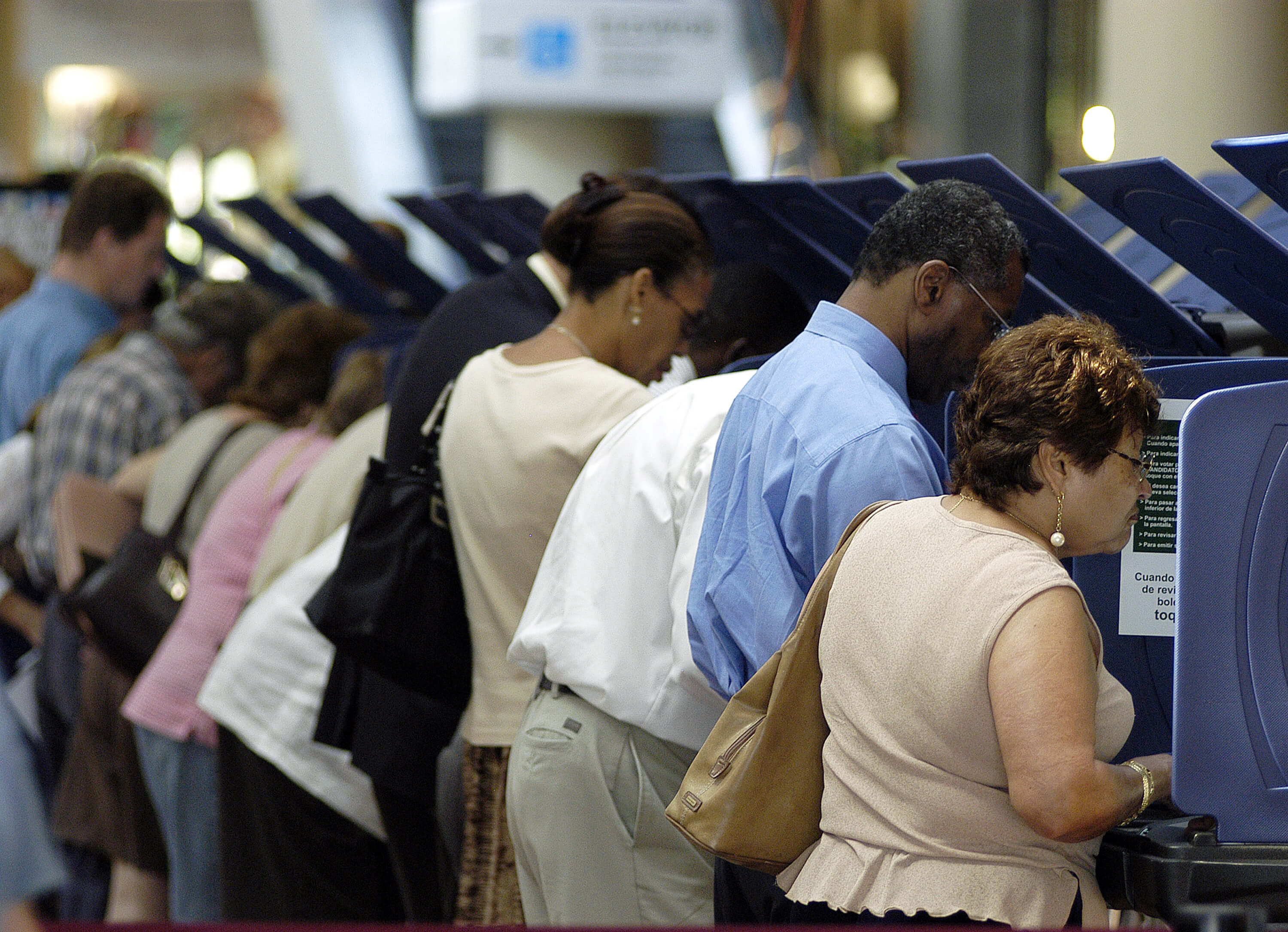 MIAMI - OCTOBER 21: Hispanic voters go to the polls for early voting at the Miami-Dade Government Center on October 21, 2004 in Miami, Florida. Early voting began this week in Florida and is under heavy scrutiny after the debacle in the 2000 election. (Photo by G. De Cardenas/Getty Images)

The word is out — algorithms could end gerrymandering, a practice that compromises our democratic principles.

Can you get me up to speed on Gerrymandering?

Gerrymandering, named after Massachusetts Gov. Elbridge Gerry, who drew a conveniently designed district for himself that reportedly resembled a salamander, is a widely used practice all over the world.

Gerrymandering is absolutely toxic to representative democracy. If you recall your American government class, remember the great compromise that called for the 435 members of Congress to be divvied up by population across the country. As a result, every 10 years we conduct a nationwide census, and we redraw electoral districts to appropriately distribute congressional representation to reflect changing population trends.

This same process occurs at the state level for state representatives and state senators. Unfortunately, in many areas, political operators have subverted the whole redistricting process to protect incumbents, or politicians already in office.

So how to does it work?

There is a lot of data out there on party registration, and politicians are always interested in protecting themselves against being ousted by a challenger. Why leave your fate up to chance when you can just draw weirdly shaped districts that will all but secure your survival?

There are countless examples of gerrymandering, including the picture you’ll see below. Both our major political parties are guilty of promoting these anti-democratic practices. 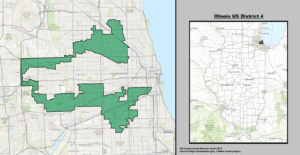 Why should we care?

When you create these districts of convenience, it encourages hyper-partisanship. Basically, when you rig these districts to be overwhelmingly Democratic or Republican, the general election becomes a silly formality. Instead, primary elections determine the real winner, and far too often, we see extremists from both parties win because primary voters are more likely to be fringe activists.

While 35 percent of Americans are self-identified moderates, their voice is often left out of today’s political landscape. That’s why there are hardly any moderates in Congress today, and we see the constant threat of government shutdowns and high-profile fights lodged by far-left and far-right members of Congress.

Sadly, bipartisanship is dead in Washington today, and gerrymandering is largely to blame.

Algorithms are the latest threat to gerrymandering, as computers can figure out whether districts were drawn with political motivations in mind.

A recent Vox piece explained the whole process, how algorithms can spit out billions of possibilities for political districts. It can then compare district boundaries that were devised with and without political statistics to see if redistricting was intended to favor a certain party.

The hope is that these algorithms can be used to challenge gerrymandering in court. Already, courts have demanded that districts be drawn more fairly. Algorithms could be the latest way people fighting for fair and representative democracy can get what they want.

Takeaway: Technology is the cure to many of our ails

The fact that gerrymandering still exists in today’s America is wildly disappointing. It’s sad that our widely celebrated Democracy is sullied by political corruption that only benefits skeezy politicians.

Luckily, algorithms have arrived, and they can challenge this awful status quo.

Technology extinguishes old problems while it creates new ones. In this case, technology could be the answer to the scourge that is gerrymandering.

Watch out politicians, you may end up losing your job because of an algorithm.

Bold @BoldTV
13 hours ago
The Meaning Behind Juneteenth