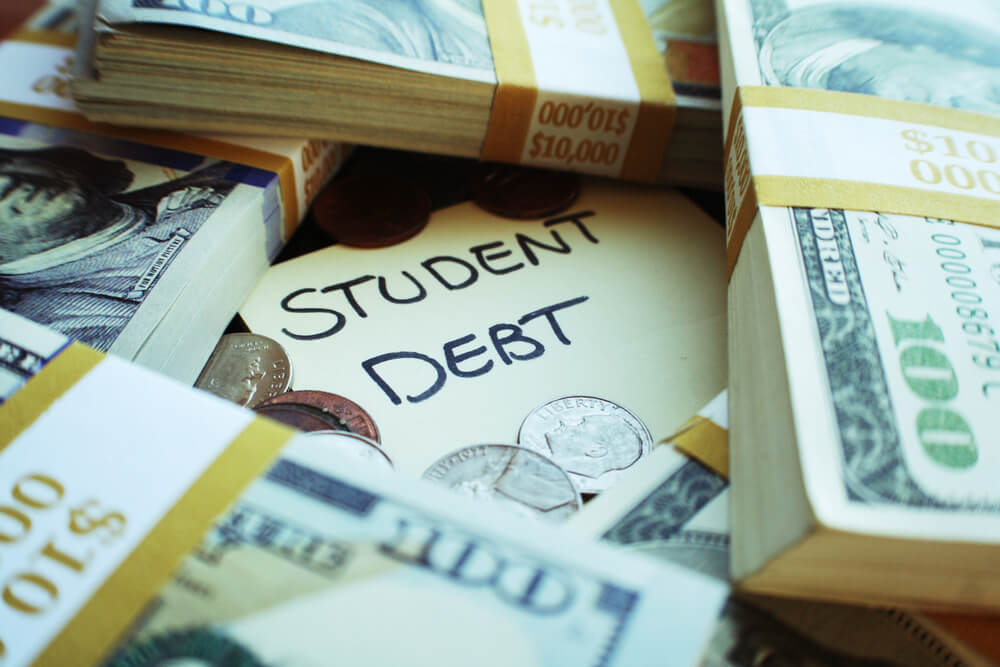 With the $1.3 trillion in outstanding student debt comes the assumption that borrowers are selling their souls to Uncle Sam each month in the form of student debt payments.

While it’s not at all uncommon for millennials to deal with student debt well after graduation, the average student debt holder fares slightly better than the storied graduate beholden to a life of debt and packaged ramen noodle dinners at mom and dad’s dinner table.

The silver lining – if you could even call it that – is that the typical 20-to-30-year-old debt holder puts just $203 a month towards their student debt, according to research from the Federal Reserve Bank of Cleveland. This $203 figure represents the median monthly student loan payment, or the point at which half of all payments are higher and half are lower, according to the report’s author Joel A. Elvery.

What’s more, three-quarters of borrowers pay $400 a month or less, which is significant but not completely debilitating. In fact, the Wall Street Journal relegates those paying lump monthly sums upwards of $500 as the “sizeable minority, not the norm.”

“For most, monthly bills are still quite manageable, roughly in line with what people pay on a car loan,” writes the WSJ’s Josh Mitchell. “The figures are likely surprising for anyone who’s followed the public discourse over student debt in recent years.”

Is going to college worth it?

These new findings lend legitimacy to the “college is still worth it” argument; a question that is oft debated in light of student debt, underemployment and an arguably outdated higher education system.

As Elvery explains, the increase in earnings associated with attending college financially rectifies the cost of student loan payments in the long run.

If the 75 percent of borrowers putting $400 a month or less toward student loan payments wanted to statistically benefit from college, they would have to increase their monthly income by $401 or more. According to labor data from 2014, 20-to-30-year-olds with some college experience took home an average of $2,353 per month – a cool $750 more per month than their high school educated counterparts.

And now for the not-so-great news: A good amount of the borrowers with low monthly payments are simply extending their payment window now and increasing their outstanding student loan balance in the long run.

By enrolling in income-based repayment plans, borrowers cap their payments at 10 to 15 percent of their monthly take-home pay – often extending their payment window from 10 years to 20 or 25 years. This, of course, leads to an inflated overall student debt balance down the road thanks to the interest accrued.

Student debt then becomes a classic game of “Would you rather?”: Pay off your debt as soon as possible and likely struggle financially, or lessen the burden of debt up front and suffer the consequences later?