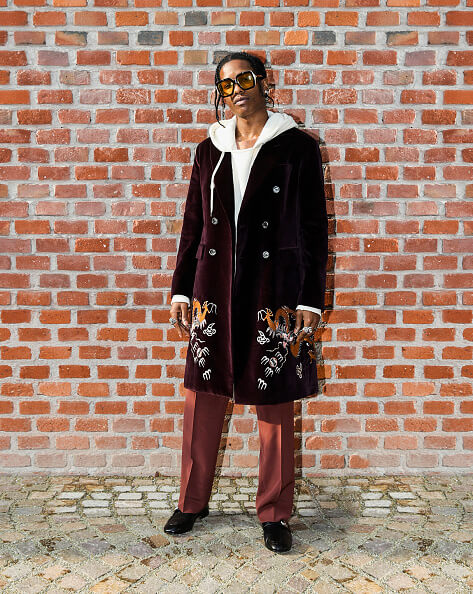 African American woman standing in front of a brick wall.

A movement that is said to originate from the skate and surf culture of ’70s Los Angeles, urban streetwear has become a $300 billion international business that is projected to grow annually.

At times, collaborating with major companies such as Nike, Adidas, Reebok, The North Face and Timberland, many businesspeople are overlooking the return-on-investment that urban fashion presents. However, millennials and even teenagers are getting into the game at many different angles — totaling millions in profit each year.

‘Hype’ fashion can be brought to a science. Popular streetwear brands market to a specific demographic. Meaning if you wear Brand A, you’re most likely a skater, Brand B, you’re a fan of hip hop/rap music. If none of the above, you wear it because it’s what’s in. Celebrity fan bases often assist in marketing, but partnerships produce the most revenue. Labels often collaborate with leading clothing companies (i.e. Adidas, Nike, Vans, mastermindJapan)

allowing products to be manufactured and sold to a worldwide audience. Items are predominantly sold as exclusives — meaning once it’s sold out, it may never come back.

Benjamin Kapelushnik, who is mainly referred to as Benjamin “Kickz,” made his debut in Forbes, NYMag, Business Insider and many more media outlets as the 16-year-old making millions off of sneakers. Another big component to streetwear, Kanye West’s Yeezy and Michael Jordan’s Air Jordan have a combined net worth of $300 million — higher than any other shoe brand. Same with exclusive clothing, Kapelushnik goes to actual storefronts, at times waiting in line a day before, to make purchases. What was once bought for $250 can then resell at $800.

When you can’t buy it in person, online is your best bet. But with heavy amounts of traffic on release day, your odds for actually buying something are slim. Emmanuel Dorger-Rodriguez, 21, co-founder of iCarts, helped create a service in which bots are used to increase a customer’s odds at purchasing exclusive gear. Those interested will buy a membership ranging from bronze to platinum, which includes a monthly fee, added free services, discounts and raffle entries. The website also sells clothing from brands such as BAPE and allows members to post and sell used wear.

The industry is booming, and it seems like only millennials are getting the picture. With a lifelong interest in urban wear and a hope to dominate the industry, Dorger-Rodriguez said, “I want to be able to provide everything my family needs, and at the same time have and do everything I desire. If I can become an inspiration to someone, and that helps them achieve their goals, then I can officially say I made it.”

Bold @BoldTV
56 minutes ago
The Meaning Behind Juneteenth

@shaysayss breaks down the history and significance behind Juneteenth.
https://t.co/WQNvjUsfS8
View on Twitter
0
0